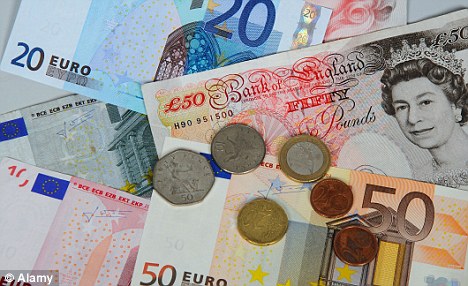 During the last 72 hours the Great British Pound (GBP) has become a huge focus as a flash crash alerted global currency traders to further potential falls, the precipitous slide in the pound has left mainstream media following a typical theme of big sell offs and blame brexit! The events of 23rd June’s vote has been known throughout summer however the markets have been particularly buoyant. The general rhetoric is one of crash,recession and doom mongering all international news agencies have fallen into line quickly as the highly anticipated market correction needed little stimulation to alter the markets narrative, In reality the GBP/EUR may see a test of the 2013-2014 lows yet the recent collapse in the pound isn’t one which presents too much further downside in our view. We here at Valuethemarkets believe that much of the EU skepticism’s now priced into the Pound at today’s levels, The natural uplift shall come as the sharp decrease is supported by residual strength in an over zealous FTSE index and continuing metal market, the eventual reality of golds failure to crash or a continuation in Oil’s recovery acts as a flare towards an improving resource space. Whilst the (GBP) Pound may experience additional brief chills across its bows the most likely outcome closing the year into 2017 is a stronger British Pound coupled to a far more realistic outlook on European financial ramifications to decades of ignorance and a more subtle focus on the dollars mean strength.
Should we see a complete collapse in the metal markets supported by added (global) political woes or worse war then we would naturally change our stance however the current macro picture isn’t one that supports a long running weakness in the pound but more an opportunistic raid given the better than average summer climate this year. One of the major flaws in the recent sweetness across the pond and into mainland Europe is the total disregard for the presidential election fallout or EU puffed stability.
We see problems in both thus expect that all is not lost on the Great British Pound.