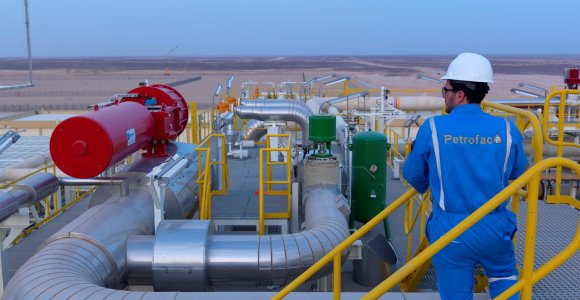 Petrofac (LSE:PFC) saw its share price plummet by more than 50 per cent in May after it revealed the Serious Fraud Office (SFO) are investigating its alleged involvement in the Unaoil bribery scandal. Since then the stock has threatened to make some level of recovery on a number of occasions only for it to be thwarted by strong selling; most recently on takeover rumours, and a new $800m contract win.
If, like me, you enjoy a contrarian value play, Petrofac might well be one to watch…

Roll back to the 12th May, and Petrofac announced that CEO, Ayman Asfari, and COO Marwan Chedid, had been questioned under caution by the SFO. Two weeks later, an RNS updated the market with the news that the board had suspended Marwan Chedid and that he subsequently resigned.

What is the damage?

There was much early speculation by market commentators on the potential damage to the company not only in the event it is found guilty of wrongdoing, but also during the investigation period which could span many years. Potential fines of £800m were banded about in the mainstream media, as well as a general concern that clients will avoid awarding contracts to Petrofac while it is engulfed in the scandal.

Regarding the latter point, there does not appear to have been much of a slowdown in contracts secured by the company thus far. Most notably, In August Petrofac clinched a $2bn joint venture project with Samsung engineering to work on the Duqm Refinery in Oman, and this week was awarded the Khazzan Phase 2 contract worth $800m to Petrofac. In the half-year results announced at the end of August, Ayman Asafari described the order backlog as ‘healthy’ and yesterday’s trading update confirms the company has taken $5.2Bn new orders in the year to date.

Another worry to shareholders was the potential lack of maintenance of the dividend in light of the possibility of a future fine. The interim dividend was indeed reduced by 42% but the company cited the decline and weaker outlook for commodity prices, as well as reducing net debt as reasons for the cut. Net debt is forecast to be around US$850 million at year-end in line with expectations.

Is an investment in Petrofac a ‘binary bet’? It’s easy to get drawn down that line of thinking. But I am inclined to believe there is a range of ‘grey’ outcomes in between a painfully large fine and a verdict of innocence, and that it appears the worst-case scenario may already be priced-in. Speculation on possible fine sizes is simply conjecture at this stage, and then there’s always the wild card takeover attempt that is a very real possibility with the share price so low. Last month The Telegraph reported that “oilfield services giants Schlumberger and Halliburton are understood to be among the firms circling” Petrofac and that ‘City Chatter’ suggested a bid of £6 per share is being considered by the interested parties. We will have to wait and see.

All in the charts

There has been quite a battle going on between longs and shorts over the past few months. An inevitable positive reaction to the Telegraph’s hints on takeover news was swiftly pulled back by keen sellers of the stock. Earlier this week the price broke up from a triangle formation spanning the past 3 months on the share price chart. I suspect a decision of which way this is going to go will be made by technical chart movements, long before we hear a definitive verdict from the SFO.

The large gap down from £6 is destined to be filled on an official takeover bid confirmation with a decent support level currently around £4. From an operational point of view, Petrofac seems in good standing and a drop of the SFO investigation altogether offers upside to last years highs of £8-9 and perhaps beyond if the oil recovery plays ball. A daily close above £4.59 would be very bullish, with a break of the next resistance level at £4.82 offering upside potential to fill the gap down from £6. 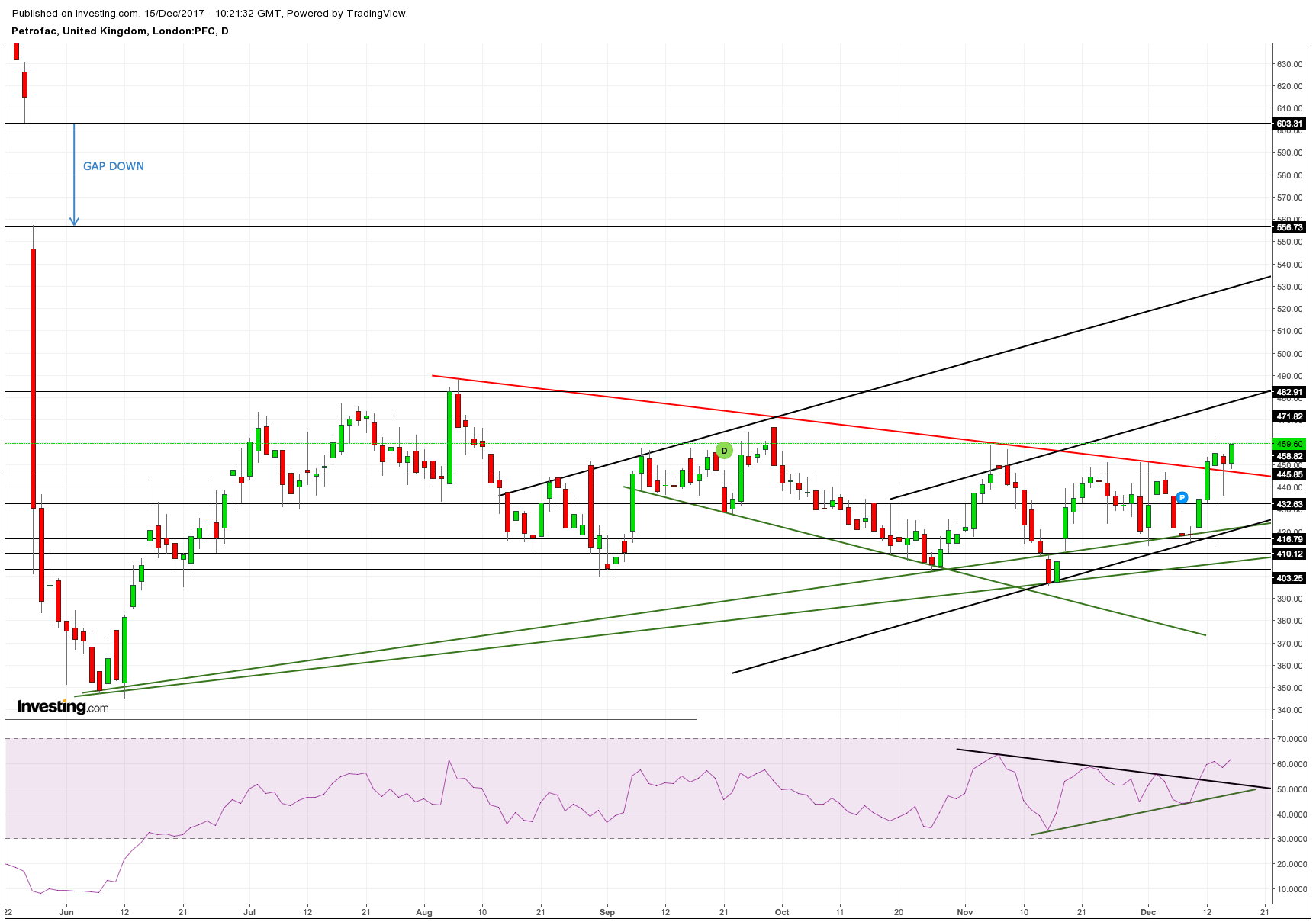