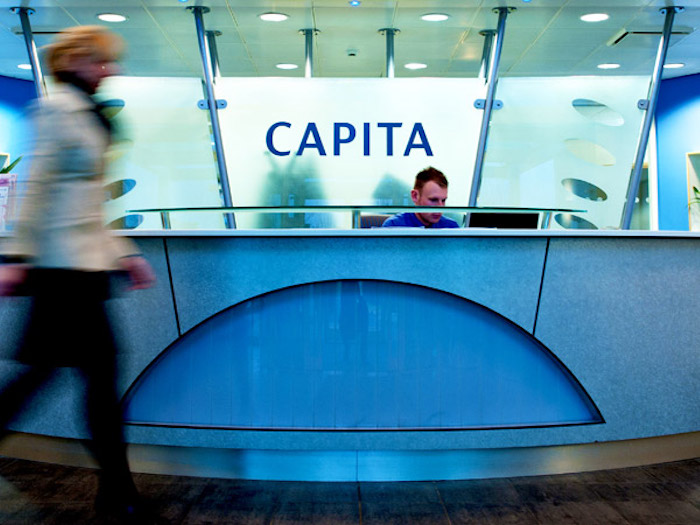 On Wednesday, Capita (CPI) joined a growing list of UK outsourcers to face a market drubbing after it issued a profit warning, announced a £700m rights issue and suspended its dividend to support a multi-year transformation plan. The release, which came just weeks after fellow outsourcer Carillion’s collapse, saw new Capita chief executive Jonathan Lewis take the unusual step of criticising his own firm.  He called out his new employer for being too complex, lacking operational discipline, funding growth with acquisitions, and underinvesting in its resources before laying out a new strategy to strengthen Capita’s balance sheet.

Much has been written, and will continue to be written, about the dire state of the UK outsourcing market which has also claimed Interserve as its pray over the last year. But with Capita’s share now sitting 40pc lower than it was at the beginning of the week, there are plenty of lessons for investors to take on board from the build-up to and the aftermath of the firm’s latest profit warning. Here are three of the most important take-aways.

1) Buying the dip does not guarantee big returns

Many investors will have been tempted to take advantage of Capita’s 40pc share price decline yesterday by ‘buying the dip’.

Buying the dip is a popular trading strategy, which sees investors purchase stocks immediately after a decline. By buying shares at what is essentially a discounted price, investors are betting that market sentiment will eventually change and shares will revert back to their average. If this happens, then there are profits to be made.

This approach can be effective in many instances, but when the dip is caused by a deterioration in a company’s fundamentals, there is always a risk that losses could extend. For example, more bad news could prevent a battered firm’s shares from properly recovering.

A good example of this in practice is doorstep lender Provident Financial, one of 2017’s biggest losers. Last August, the firm’s share price collapsed by 66pc in one day, falling from 1915p to 589.5p after it issued a massive profit warning and its chief executive resigned. Many expected a sharp rebound in the following days, operating under the belief that a market nervously looking out for any sign of a correction had over-reacted to the bad news.

Although this did turn out to be the bottom for Provident’s shares, an FCA probe, a FTSE 100 downgrade, broker cuts and a tepid set of results followed. As a result, the company remains a shell of its former self to this day, currently priced at just 670p. With shares sitting at 3238p last May, a rebound still looks very far off – especially with rumours of a potentially value-diluting rights issue continuing to swirl.

Capita’s fall may not be quite as dramatic as Provident’s, but its problems also cannot be sorted overnight. Indeed, the company itself is calling its upcoming transformation a ‘multi-year strategy’.

To return to relative health, the firm will have to carry out cost savings, non-core disposals and issue new equity. And there is no way that these changes will be negligible. We are talking about a firm with current debts of £1.15bn against projected full-year profits for 2018 of just £270m-£300m.

This is a firm that will not begin paying its dividend again until it is generating free cash flow. This is something, which currently sits in the very distant future given that analysts from Barclays do not think Capita will be able to start increasing its profitability until 2020 at the earliest.

And the problems don’t stop with the company itself. Capita is operating in a weak UK outsourcing market where delayed payments, overspending and dodgy contracts have already wreaked havoc on peers such as Carillion and Interserve.

To have any effect, the changes at Capita will be lengthy and significant. With years of restructuring ahead, an impending rights issue looking set to hammer shares further, and ongoing problems in the outsourcing market, betting on the firm’s eventual success at this early stage is certainly risky. More bad news could be on its way.

2) Be wary of rights issues

As part of efforts to improve its balance sheet, Capita is planning a rights issue of up to £700m this year, which has been provisionally underwritten by both Citi Global and Goldman Sachs.

To refresh, rights issues give existing shareholders of a company the opportunity to buy up a certain amount of shares – in Capita’s case £700m worth. These shares are typically issued at a discount in order to at least partially compensate shareholders for the future dilution of value that new shares will create. The estimated value of these discounted shares after dilution is know as their ‘ex-rights value’.

When a rights issue is announced, investors have three options to choose from. They can exercise their rights and buy the discounted shares they are entitled to, sell their rights on the market (where they become known as nil-paid rights), or they can do nothing and let the rights lapse.

Before deciding which route to take, investors should first consider a few things.

Firstly, and most obviously, they must check the discount price against the market price of the stock.  If it would be cheaper to buy on the open market, then there is simply no point taking part.

Secondly, and equally as importantly, punters should look beyond the discount and decide whether their investment case for the stock still stands.

Rights issues for large firms typically ring alarm bells for investors, and their mere mention in the same breath as a firm can trigger a decline in that company’s share price. The reason for this is that, aside from diluting value, rights issues are typically driven by a desperate need for cash. The reasons for needing the cash often involve red flags such as improving a debt-laden balance sheet (a la Capita), paying off a large fine, or even preventing liquidation.

Perhaps the worst example in recent history came in 2008, when RBS issued a £12bn cash call just months before it was bailed out by taxpayers. Those who took part lost most of their money, and many argue that the company misrepresented the state of its financial health to investors’ detriment.

But it is important to remember that rights issues are not always a bad thing. For example, they are used by some firms to fund large takeovers. For small companies, such as those on AIM, they provide vital working capital to enable a business to grow. While this will still dilute the value of shares, the long-term accretive value generated by the takeover could make the company worth sticking with and the discounted shares a real bargain.

With that in mind, it is important not to immediately run to the door when a firm announces a rights issue. Investors must make sure they know exactly what the money is being used for, decide whether they are comfortable with this, and look at the discount being offered to them. Only by doing this can they make a proper decision on whether to stick or twist.

3) Better the devil you know: Make sure you know what you are investing in

Capita’s decline also serves as a reminder of the dangers of investing in companies that are too complicated. I could go into why Capita’s structural complexities, but newly-appointed chief executive Jonathan Lewis did a pretty good job of that himself in yesterday’s announcement.

‘We are now too widely spread across multiple markets and services, making it more challenging to maintain a competitive advantage in every business and to deliver world class services to our clients every time […] Today, Capita is too complex, it is driven by a short-term focus and lacks operational discipline and financial flexibility,’ he said.

Criticising your own company after just eight week in the job is a bold move. I wouldn’t be surprised if Lewis is left at the office when the Capita board next goes for a pint. There is also a good argument to be made that Lewis is simply posturing to mark his territory and a new era for the business. Regardless of his motives, what he says is important.

Not only does a complicated structure often coincide with poor financial performance, but it can also be used to hide a firm’s true fundamental health.

For example, a long run of acquisitions can often simply mean that a firm is buying growth to mask its own lack of profitability and weak fundamental business case. This is something that Capita has admitted to and is often cited as a driver in Carillion’s collapse last month.

Also, while taking on debt is often an unavoidable step in a firm’s growth, if the borrowing cannot be accounted for or justified then it could be cause for alarm. In a multi-faceted business this can often be the case. A generic borrowing figure on a balance sheet could be mixing both ‘good’ and ‘bad’ debt to make a company look stronger than it really is.

Legendary investor Warren Buffett once famously said ‘Never invest in a business you cannot understand.’ This is true, but as Buffett admits himself, the philosophy is what led him to miss out on the rise of Amazon and Google.

The man simply prefers junk food to computers, and at 87-years-old with an estimated net worth of $93.2bn it would be gauche to call him out. But the AIM market is full of innovative and complicated companies that, while initially difficult to grasp, still represent good investment opportunities.

There is a difference between investing in a firm simply because it added the word ‘Blockchain’ to its name and investing in a complicated resources company which revealed opportunity after careful due diligence. The key is to work out whether a business is difficult to grasp because it is inherently complicated or because its management has not properly explained itself, for whatever reason.

You would not buy a house without first checking if it about to fall down, so don’t buy a stock without doing at least a basic check of its underlying fundamentals.