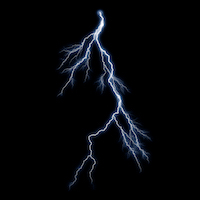 The Dow consolidates under its 50 Day Moving Average. What’s next?

The Dow Jones Industrial Average ($DJIA) is currently consolidating under its 50 DMA, a critical level that needs to be broken for a bullish continuation of the index. With the Dow being such a key determinant of global markets, it’s strong bounce off the 200 DMA lead the way to a halt in corrections around the world. A re-test of this support level could be on the cards if there is no convincing challenge of the 50 DMA. It’s worth noting the 20 DMA has dipped below the 50 DMA, but the crossing of longer time periods offers weightier clues to potential future moves. Also, keep an eye on the RSI which is now above 50. That’s positive, and any momentum onwards to 60 could further substantiate bullish sentiment.

After a convincing bounce off the 100 DMA last week, Crude Oil has touched it’s 50 DMA which now stands as resistance. Its likely Crude will attempt to penetrate the 50 DMA again in the coming days. A successful close above this level would be very bullish, while a fall below near-support of $61.50 would indicate further downside.

As usual, all eyes will be on the weekly figures from the American Petroleum Institute (API) and US Energy Information Administration (EIA) for clues on current levels of supply.

Due to a public holiday in the US, API will announce their estimates on Wednesday and this week’s EIA inventory figures are available from 4pm GMT on Thursday.