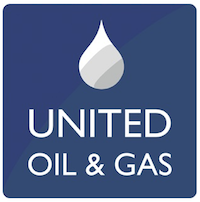 Shares in United Oil & Gas (LSE: UOG) enjoyed a boost today after the firm bagged Graham Martin, former executive director of FTSE-250 listed business Tullow Oil (LSE: TLW), as its new non-executive chairman. United, which is listed on the main market of the London Stock Exchange, rose 5pc, or 0.3p, to 6.3p following the news that Martin will be appointed with immediate effect.

From 1997 until 2016, Martin was centrally involved in Tullow Oil’s growth into a FTSE 100 player, overseeing the company’s transformative M&A programme. As well as being an executive director, Martin held roles such as general counsel and company secretary at Tullow. He is also a non-executive director at titanium producer Kenmare Resources (LSE: KMR)

Prior to working at Tullow, Martin was a partner at the US energy law business Vinson & Elkins, having started his legal career in Scotland.

‘We are delighted to welcome Graham to our board and to see him assume the role of chairman. We have, from the outset, stated a clear vision to build an oil and gas company that will successfully operate in exploration, development and production stages.’
‘Graham’s addition to our Board will further strengthen our strategic and corporate experience and will help us in achieving this goal and in ultimately delivering superior shareholder returns.’

Martin will join several former colleagues at United, which describes itself as ‘a former Tullow Oil team’. United’s chief executive Brian Larkin held positions in both finance and commercial at Tullow, while chief operating officer Jonathan Leather held a number of senior positions at Tullow between 2007 and 2015. Martin’s appointment comes as United enjoys significant momentum on the market. Its shares have risen from 2.9p to 5.9p in the last year, and have risen from 5.1p in 2018 alone.

This year, momentum has been driven by strong news flow from its Podere Maiar asset in Italy and its southern UK oil and gas interests. In January, the firm saw shares rise 10.7pc after it announced that it had entered into a farm-out agreement with Corallian, a private UK oil and gas exploration company. The agreement will see it acquire an initial 10pc interest from Corallian in three licences held by a joint venture between Corallian and Corfe Energy offshore and onshore in the southern UK.

The licences are located next to Wytch Farm, the largest onshore oil field in Europe, which has produced more than 450m barrels of oil. To get the stake in the licences, United will pay 13.33pc, around £1m, of the costs associated with the Colter well, which is planned for Q2 2018. It also has the option to buy an additional 10pc in the licences before the end of March.

The firm rose an additional 12.2pc later in January when it announced strong gas flows from the successful flow test of its recently drilled Podere Maiar exploration well on the Selva gas field in northern Italy. With Martin onboard, United’s strategy to acquire assets where its management’s experience can drive near-term activity to unlock previously untapped value could gain even more momentum. With a current market cap of just £13.9m, United’s current price could represent good value.