Bitcoin reaches a critical level in its recovery. Do you feel lucky, Crypto-punk? (BTC)

A strong rebound from $6,000 has seen Bitcoin shoot back towards its 100 DMA. It’s currently just above its 50 DMA but has hit significant resistance; a diagonal trendline formed from previous highs. If the Cryptocurrency can break through this level I suspect it will leave it’s 200 DMA for dust and head towards the $14,000 area. A failure to conquer this challenge could, however, see Bitcoin pull back in search of strong support once more. It’s worth noting the RSI is just below the bullish 60-70 zone too. This region can often act as a springboard for a move, but on this occasion, its first try was rejected.

Popcorn at the ready for the next attempt. 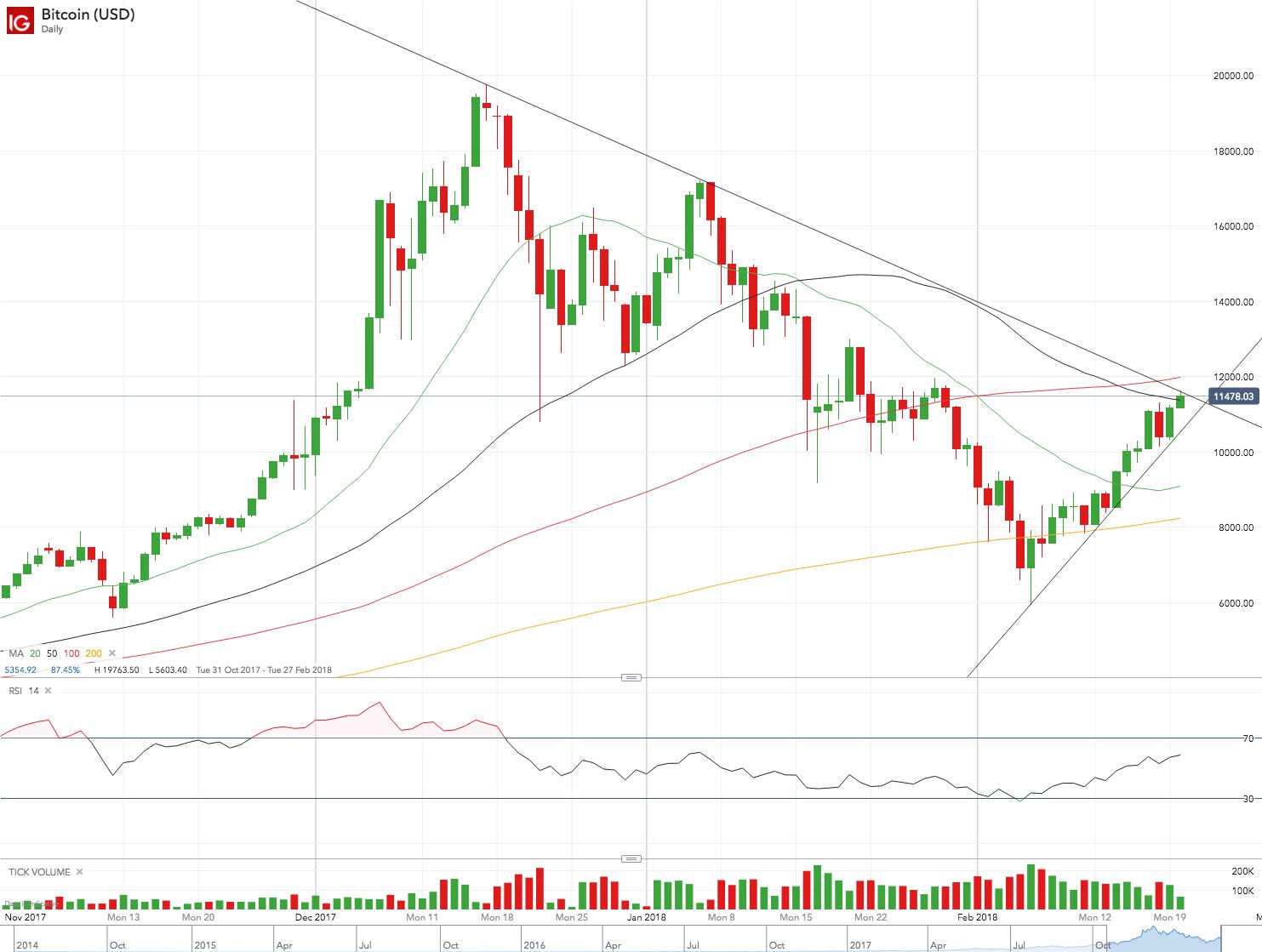 Is Anglo African Oil and Gas worth a punt at 50% discount to its IPO price? (AAOG)

The company has been plagued by missed targets and delays since its IPO last Summer. Shareholders hope the recent board re-shuffle will bear fruit and updates on securing both an extended license and a rig are much anticipated. There may be an entry opportunity with sentiment so low and the share price currently sitting at a significant 50% discount to the 20p IPO price. Although this is very much a binary play dependent on positive news, its chart has proven to be very pattern-based as the share price has drifted. A ‘Falling Wedge’ pattern has formed which is potentially a bullish sign of a reversal. Yesterdays close above its 20 DMA is also a positive sign.  For the past few months, the price action has respected the 50 DMA as resistance. A move above that level – which would coincide with a break out of the Falling Wedge pattern – would be extremely bullish with next resistance levels of 13.5p and 16p.  There’s always the risk that continued delays will result in further downside, and concerns over the need for a further fundraise have weighed heavy on its recovery. But for the less risk –averse, Anglo African may offer an interesting punt opportunity. 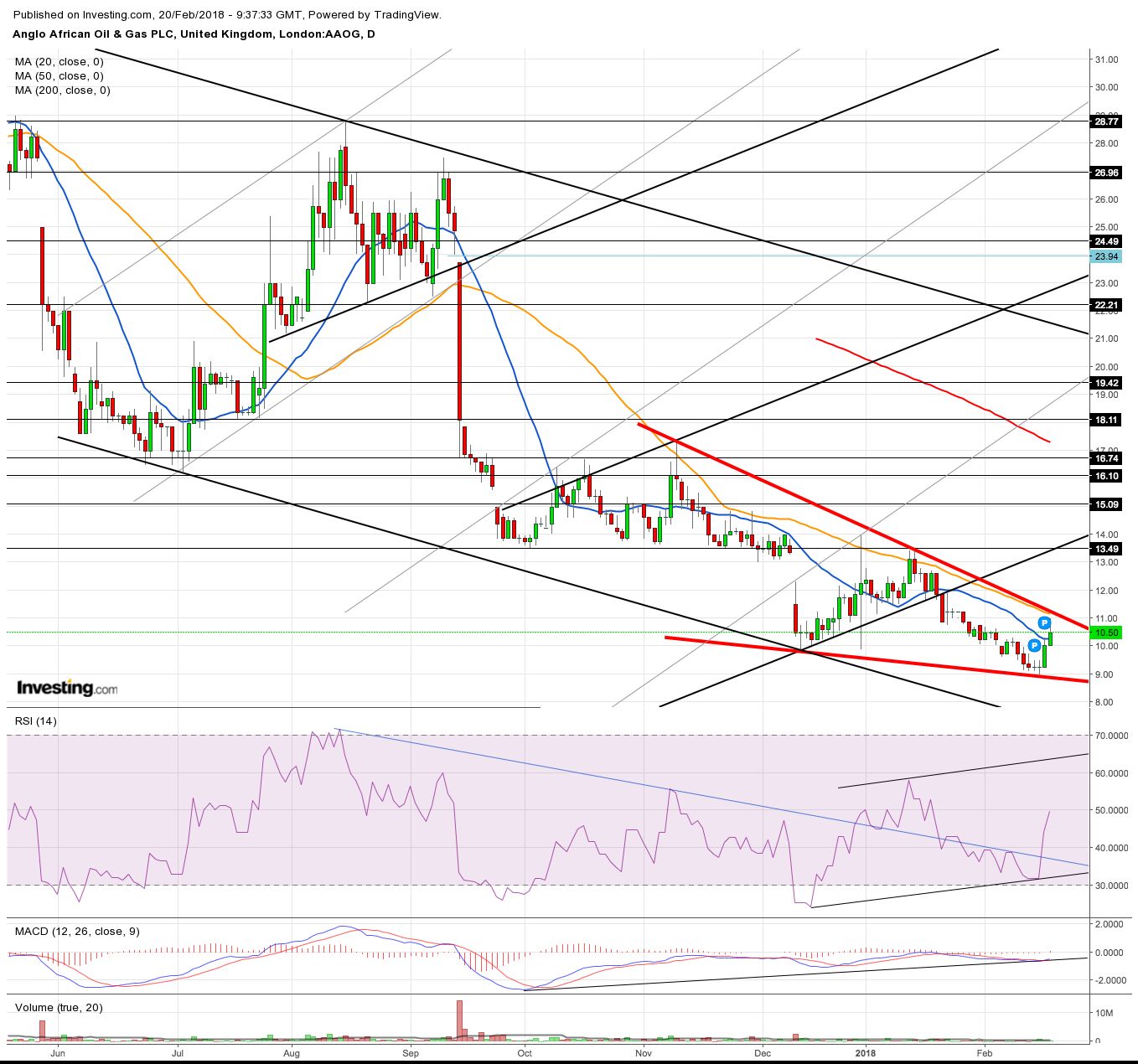