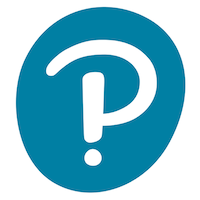 Shares in textbook publisher Pearson (LSE:PSON) rose this morning after the troubled firm announced that it has returned to profit a year after posting its biggest ever loss. The company posted pre-tax profits of £421m in 2017, up from a loss of £2.5bn in 2016, while revenues were broadly flat at £4.5bn. Adjusted operating profits came in at £576m, the top end of expectations, while adjusted earnings per share of 54.1p were above guidance of between 49p and 52p.

This year, Pearson said it expects to report adjusted operating profit of between £520 and £560m and adjusted earnings per share of 49p to 53p. The improvements come as the firm, long a favourite of star fund manager Nick Train, continues efforts to simplify its business model and cut its debt pile after years of struggling to break even. Net debt now sits at just £400,000, compared to £1.1bn in 2016.

The company also announced that it is in talks with potential buyers to sell its poorly performing US textbook business, which has struggled in recent years against growing online competition. These problems continue to haunt the business, with total underlying revenues declined 2pc due to a decline in North American revenues.

Despite the strong results, Pearson’s board proposed a final full-year dividend of 17p, down from 52p in 2016, presumably to allow more money for improving profitability and maintaining a strong balance sheet. Shares rose 5.3pc to 742.6p in early trading but pared gains to rise just 1.1pc, or 7.6p, to 712.4p at the time of writing.

Chief executive John Fallon said: ‘Pearson has made good progress against its strategic priorities in 2017 with further simplification of the portfolio, strengthening of our balance sheet and delivering results at the top end of guidance.

‘We are confident we will make further progress against our strategic priorities and grow underlying profit in 2018.’

The profit is big news for Pearson and likely music to the ears of its long-suffering investors, with the company being battered by a number of profit warnings in recent years as it struggles to compete with online competitors. The firm used to own the Financial Times and The Economist but was forced to sell them in 2015 and cut 3,000 jobs last year to make efficiency savings. It also sold off a 22pc stake in Penguin Random House. In today’s results, Pearson said its efficiency programme is on track to deliver £300m of annualised cost savings by 2020.