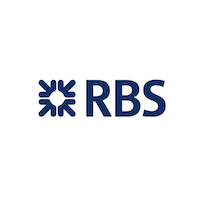 The Royal Bank of Scotland (LSE:RBS) posted its first profit in ten years today, capping off a strong week for UK banking stocks. The bank, which remains majority-owned by UK taxpayers, made an annual profit of £752m in 2017, compared to a loss of £7bn in 2016. Despite this, shares in the bank fell more than 4.5pc in early trading, making it the biggest loser on the FTSE 100, as it fell short of City expectations.

The bank has struggled to recover from the financial crisis in 2008 when it was rescued by a £45bn government bailout following a disastrous rights issue. This has seen its balance sheet shrink from £2.2trn to about £750bn since the crisis and has been marred by a series of scandals ever since. Most recently, it was hit by a Treasury report that claimed it mistreated thousands of struggling small businesses following the collapse of the UK banking system.

The bank also still faces a potentially large fine from the US Department of Justice over the sale of financial products linked to risky mortgages in the run-up to and during the crisis. It set aside an extra £492m for US litigation last year, taking the total it has set aside for this mis-selling scandal to £3.2bn. RBS had hoped to resolve the issue in 2017, but it is has been delayed. As a result, it could seriously hit profits in 2018, with some analysts predicting that the fine could be higher than £5bn.

The firm also warned today that costs could be hit in 2018 as it ramps up restructuring charges by more than £1bn to accelerate its transformation. The sale of the bank’s remaining taxpayer stake also casts a shadow over it imminent future, as it could cause shares to fall further. Chief executive Ross McEwan told the BBC that reporting the annual profit was ‘a really symbolic moment’ for RBS. However, he added that the bank has been ‘constantly hit with the sins of the past’.

‘We have been restructuring the bank to being a really good UK/Republic of Ireland business,’ he said.

‘It has taken time but it’s also taken a lot of costs to come out of countries and businesses that we just didn’t want to be in.’

‘We are now operating in 12 countries as opposed to what was 38, so very focused on the UK.’

Regardless, the breakthrough profit finishes a decent week for UK banking stocks after years in the doldrums. Yesterday saw Lloyds (LSE:LLOY) return £3.2bn to invest after revealing that pre-tax profits climbed 24pc to £5.3bn in its first year as a fully private enterprise. However, like RBS, the firm continues to be dogged by past scandals and had to put aside an extra £600m in the fourth quarter of 2017 to handle mis-sold PPI claims. These results came just a day after HSBC (LON:HSBA) reported that pre-tax profits for 2017 had more than doubled to £12.3bn.