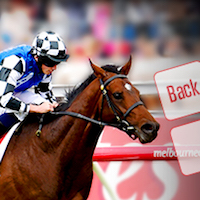 The UK’s competition regulator has approved betting giant GVC’s (LSE:GVC) £4bn takeover of rival Ladbrokes Coral (LSE:LCL), clearing the path for the creation of one of the world’s largest betting companies. After carrying out an investigation, the Competition and Markets Authority said it found that the merger does not give rise to competition concerns. It said GVC only has a small presence in the UK and only offers services online and is not a close rival of Ladbrokes. It also pointed out that there are many other betting and gaming services providers in the UK.

‘The CMA looked closely at betting services for individual sports and individual games but found that, in all cases, there will be enough rivals to the merged entity to prevent price increases or a reduced quality of service as a result of the merger,’ it said.

The UK’s gambling industry is at risk of taking a large hit if the Government decides to cut stakes on fixed odds betting terminals, a staple of all high-street betting shops, from £100 to £2. If stakes are cut to £2, the gambling industry has predicted that roughly 3,000 betting shops would close, with Ladbrokes accounting for between 800 and 1,000 of these closures. GVC has previously warned that it would not be able to prevent Ladbrokes Coral betting shops from closing following the merger. But it has structured its deal so that it will pay between £3.2bn and £4bn for Ladbrokes Coral depending on what decision the government makes in its review.

Two weeks ago, GVC – which also operates Partypoker – reported an 18pc rise in underlying gaming revenues since the beginning of the year, beating analysts’ forecasts. The company said that although smaller markets such as eastern Europe had struggled, core markets like Germany, Brazil and Partypoker had started the year with collective revenues up by 27pc.

Disclosure: The author does not own shares in the companies mentioned.