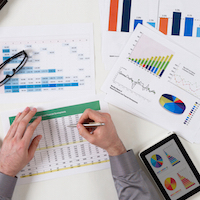 Today saw oil and gas exploration firm Canadian Overseas Petroleum (LSE:COPL) release its annual results for the year ended December 31, 2017, sending shares down by 4.8pc, or 0.02p, to 0.5p. The business reported that it is securing financing for its appraisal/development project at OPL 226 in offshore Nigeria and is currently in discussions with potential contractors and suppliers to drill an appraisal well.

But what the results really highlighted once again is how much prompter companies listed outside of the UK have to be when delivering information to shareholders. As Canadian Overseas is listed on both the London market and the Toronto Stock Exchange, it must meet the listing guidelines of both countries.

In Canada, annual financial statements for listed companies much be filed within 90 days of a firm’s financial year-end, and interim financial statements must be filed within 45 days of the end of the interim period. Meanwhile, in the UK, a standard listing give organisations four months from the end of each financial year to publish an annual financial report. Worse still, businesses listed on AIM have up to six months to file the report. In contrast, standard listed firms must publish half-year financial reports within two months of each half-year while AIM companies have up to three months.

As a result of this difference, Canadian Overseas is legally required to release its results quicker than its peers that are only listed in London. Touchstone Exploration (LSE:TXP) is another oiler with stricter reporting deadlines owing to its dual London and Canada listing. Next week will see the firm deliver its much-anticipated set of full-year results.

From an AIM investor’s point of view, the sooner they can get their hands on information the better. With AIM stocks often moving violently up and down on missed targets, boardroom battles and all manner of other regulatory hokum, a six-month delay can mean the information is worthless and outdated by the time it gets to investors.

It is not just Canada that has stricter reporting deadlines, either. In the US, the Securities & Exchange Commission (SEC) makes organisations file quarterly and annual reports 90 days after their fiscal year end. In 2002, these 45- and 90-day requirements were reduced further still to 35 and 60 days respectively for public companies that have a public float of at least $75 million and have been listed for 12 months.

The regulation of UK businesses is currently under more scrutiny than ever – something that was not helped by the collapse of Beaufort Securities last month. Perhaps it is time for AIM to catch up with the rest of the world when it comes to keeping investors in the loop. After all, having the most up-to-date information is crucial to making intelligent investment decisions.

Disclosure: The author of this piece does not hold shares in any of the companies mentioned