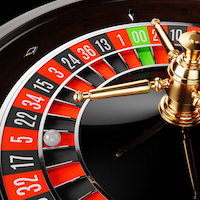 Yesterday was make or break for US indices and the day ended positively with the Dow Jones up 1%, having swung around 900 points from its low to high within 24 hours. It was some turnaround, and markets globally could have been a bloodbath by now if the bulls hadn’t made such a strong charge. As you’d expect, markets in Asia responded well overnight, and this morning we find the US index futures looking very buoyant.

Further market turmoil has been avoided, at least for now, with bulls defending the Dow Jones 200 Day Moving Average (DMA). You can see from the chart that the price action didn’t touch that critical support level around 23260, and importantly, the index closed well up within the blue triangle shown. In fact, this morning sees the index back above its 20 DMA and every moving average conquered is a horn in the backside of the bears. Since February’s correction, the index has been held back by diagonal resistance formed from its recent consecutive highs. A bullish continuation will need the price action to break out of the triangle and ultimately claim back its 200 DMA prize.

The Nasdaq previously led the recovery charge, being the only index to post a new high since the correction – it broke out of its blue triangle but subsequently came hurtling back to ground cutting through all it’s moving averages like a knife through butter. A weak bounce off its 200 DMA on Tuesday didn’t look convincing, but markets have lived up to their reputation of surprise, and today the index is testing its new resistance line formed from previous highs, and a new (green) triangle is in play.

Finally, a look at the S&P 500 chart. On Monday through Tuesday, the index really looked like it was close to giving up the bullish fight. Having already fallen below its 200 DMA, it failed to regain it on Tuesday. Yesterday’s close above it was a much-needed confidence boost, but there’s still the matter of climbing through its other moving averages, in particular, the 100 DMA which currently sits on top. However, breaking out the green triangle shown on the chart is its ultimate goal if it wants to attempt posting new highs.

Step back from the screen for a moment, and you might catch a sense of the craziness the markets have fallen in to. These indices sway the economies of countries, and yet this feels as hit and miss as a game in a casino. Can we really expect stocks to forge new highs after such a stark reminder of how things can change so rapidly? Maybe it’s time to cash in a few more chips, just in case.

Disclosure: The author has $50 on Red