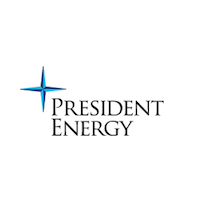 Oil and gas firm President Energy (LSE:PPC) will majorly step up work at its Puesto Flores/Estancia Vieja concession in Argentina following last year’s successful workover programme. Using existing funds, President expects to begin a workover programme at Puesto Flores next month to carry out remedial work on three wells and workover others that are either non-or low-producers.

The work will cost around $3m and is expected to have a payback of under one year through increasing production and mitigating natural decline rates. All but two of the wells will have new, potentially producible hydrocarbon zones drilled, complemented by the workover of a water injector well. President’s shares were up 0.9pc to 10.2p today, as at the time of writing.

President has also begun planning an accelerated campaign to drill three new wells at Puesto Flores as opposed to just one, as initially intended. The wells will target proved, undeveloped reserves in existing, producing reservoirs. President and its partner are currently in negotiations, but the wells are expected to be drilled and completed in Q3 this year. They will be drilled to around 2,750m, cost $3m each, and have an estimated mid-case payback of under 24 months.

The extended plans follow the news in February that Puesto Flores was a major contributor to President’s record Argentinian profits in January. President believes it can get production from the site up to 1,200boepd from current levels of around 600boepd. Production followed a fully-funded, four-well workover programme in Q4 last year.

Today also saw President announce that it is planning tests for three-to-four gas wells at Estancia Vieja, the long shut-in field it purchased alongside Puesto Flores last year. The tests are expected to begin in June to work out the best way of making money from the site and measuring total potential reserves. The news comes just weeks after President announced plans to reactivate Estancia Vieja later this year after identifying a live gas field with potentially commercial gas flows achieved.

President believes production across Puesto Flores and Estancia Vieja could reach 3,000bopd within three years. To achieve this, it is undergoing a fully-funded, multi-well, in-field drilling, re-completion and workover programme that will complete in 2021.

Peter Levine, chairman and chief executive of President, said today: ‘Time flies and with six months already gone since we acquired the Concession, so must we. Therefore, encouraged by the success so far, and taking advantage of current oil prices and cash flow, we are moving forward with an advanced programme, substantially ahead both of our original plans and our commitments to the Rio Negro Province. In the meantime, work progresses on our listing in Argentina where we are projecting to join the market sometime in late July 2018’.

President’s other producing asset in Argentina is the Puesto Guardian Concession, located in the country’s Salta province. It is currently producing around 600boepd from the site across five separate fields, which contain proven resources of 12MMboe with an NPV10 of more than $300m. The firm’s current production in Argentina is 2,500boepd, but it hopes to bring this to nearly 4,000boepd by 2020 through its work programme.

As reported in ValueTheMarket.com’s exclusive interview with Levine earlier this year, President is well positioned to take advantage of the booming domestic Argentinian oil market. The business plans to boost its presence in the country by consolidating the Argentinian assets that many major oilers are now disposing of as they focus on shale production.

Levine told us: ‘The firms already producing and operating here have got an advantage over those coming in from the cold. We have significant management here, the tax environment is getting better, and the opportunities are increasing as more companies are drawn in. This opens up the possibility for us to invest in conventional items being offloaded by others before using synergies and critical mass to extract more profits.’

He added that President is in ‘the best position it has ever been in’ financially and said that its future lies in Argentina.