Another gold-play I’m watching carefully this week is producer Avesoro Resources (LSE:ASO) who holds their AGM today in London. We’ve covered the company a number of times this year from a price of £1.75 in January.

The company’s recent results were impressive, implying there’s still plenty of potential upside from today’s price of £2.65. Chartwise I’ve highlighted the stock a few times, the last being around 10 days ago with a potential Bullish Continuation Pennant – that’s progressed into a possible Bull Flag as the month has gone on. Even better then, with the dip offering a further 5% discount on the entry price!  Even more recently, Avesoro has announced positive news on its final assay results from the company’s New Liberty infill drilling program, adding further shine to its fundamental story.

Back to the Tech analysis – in the event of an upward breakout from the bull flag, I would expect a move above £3 to follow. There’s potential headwind around £3.12-£3.38 before a larger prize of £4 starts to look plausible. The Relative Strength Index (RSI) has had a series of higher lows since November and looks to be approaching a natural turnaround point, further adding strength to the current bull case for the stock. 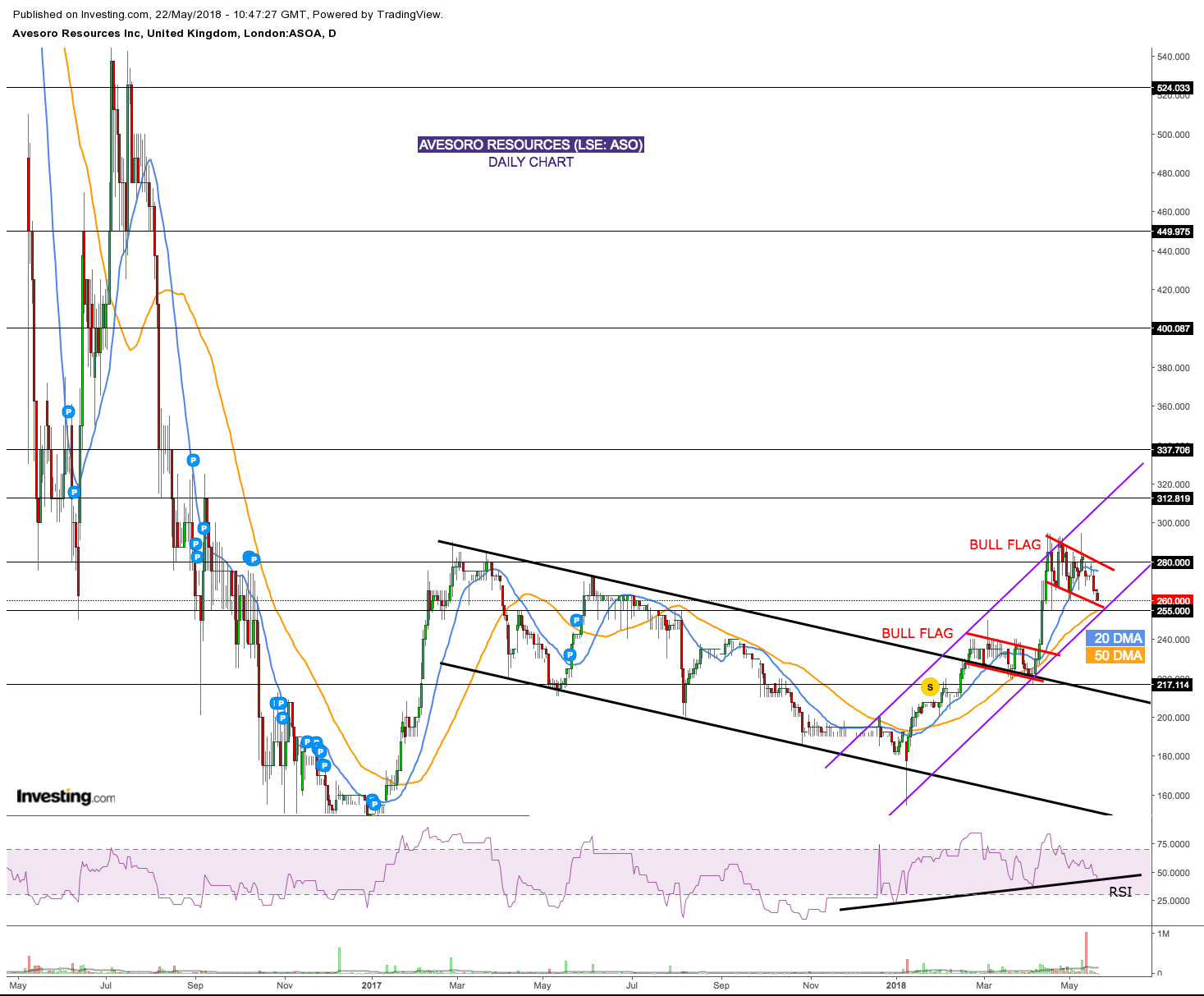