Yesterday, Stratex International (LSE:STI) announced that IAMGOLD corporation has completed its preliminary studies at the company’s flagship Dalafin gold project. The mobilisation of drilling equipment to the site is nearing completion and IAMGOLD will shortly commence drilling. The share price was initially up 11% on the news, but the move was largely caused by Market Makers as opposed to being driven by trading – the trading volume is still very low in this stock.

The Stratex share price collapsed last year following a battle between its board and shareholders over the proposed acquisition of Crusader Resources. The company brought in new directors earlier this year, including CEO Tim Livesey.  Despite this, and the fact the company has secured an earn-in agreement with IAMGOLD which finances operations at Dalafin, the share price has not managed to stage a recovery.

The stock is currently sitting back down at 0.63p hugging the lower line of its downward trend channel. There appears to be some support at 0.6p, failing that 053p would be the next supporting zone. Price action has been locked in a strong downward channel (orange) since last summer. Even more recently the stock’s price has been working it’s way into a corner (shown in red) which may indicate a break one way or another is on the cards shortly.  Should a breakout occur a mid-channel zone of around 1p might be a good first target, with 1.9p the longer term, top-of-channel goal – keep your eye on the volume for any signs of renewed interest in Stratex. 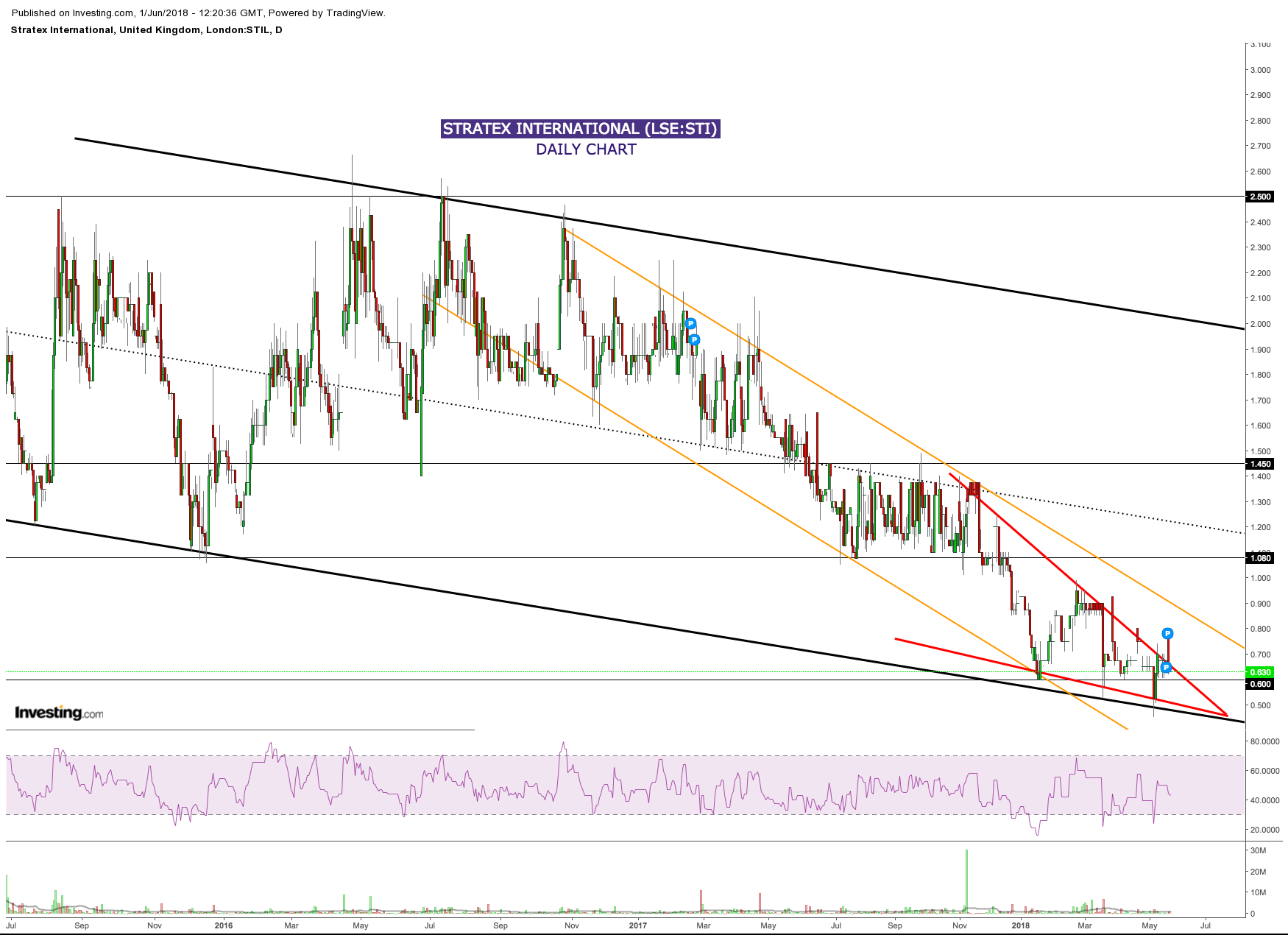