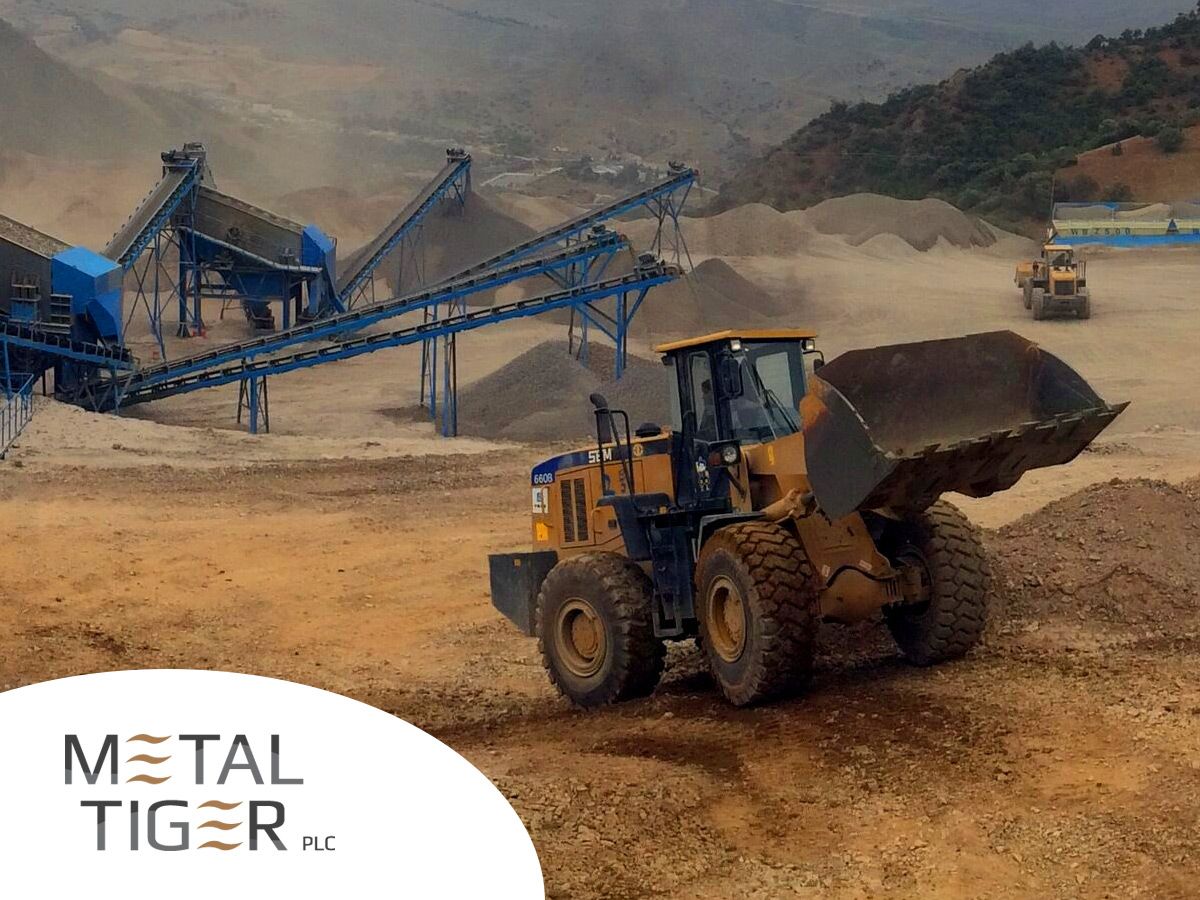 Metal Tiger (LSE:MTR) rose 2pc to 2.6p today after signing an agreement to buy up to 50pc of Botswanan-focused explorer Kalahari Metals (KML) for a total of $1.6m. The company has already exercised the first option under the agreement to buy 18pc of KML for $600,000 and will appoint two non-executive directors to the business’s board. It now has six months to increase its holding to 34pc for another $500,000 and a further six months after that to increase its stake to 50pc for a final $500,000. However, it has no obligation to do this.

KML holds two explorations licences in the Kalahari Copper Belt, situated near Metal Tiger’s JV projects with MOD Resources. It also has the right to purchase up to 100pc of a company called Triprop Holdings, which holds five additional granted licences in the area. If Metal Tiger take the full 50pc stake in KML, it will give it an additional 4,063km2 of exposure to mostly unexplored ground adjacent to recent discoveries in the Kalahari Copper Belt.

Michael McNeilly, chief executive officer of Metal Tiger, said: ‘The signing of this deal with Kalahari Metals Limited follows three months of substantial corporate and technical due diligence and is a further exciting milestone in Metal Tiger’s continuing involvement in a world class copper region in Botswana. Metal Tiger has had a long focus on the exploration of the region and through its close partnership with MOD Resources Limited and its involvement with the seminal T3 deposit discovery, is able to bring exceptional strategic and technical expertise to create an exciting new joint venture with the experienced operational team at KML.

‘We look forward to updating shareholders in the near future with regards to KML’s proposed exploration plan. Based on our initial discussions, key focus will be to conduct geophysics and soil geochemical surveys to identify high priority targets for drilling as well as commence work on the environmental management plans (‘EMPs’) for areas likely to be of interest for drilling in the near term. The board of Metal Tiger greatly looks forward to working with its new partners at KML and holds great belief in the potential of the Kalahari Copper Belt to develop into a world class economic copper district’.

Metal Tiger’s stake in KML will sit alongside its 30pc-owned joint venture with MOD Resources in the Kalahari Copper Belt, which includes a large copper and silver project called T3.

The JV partners recently completed a pre-feasibility study (PFS) on T3’s open pit, which has a mineral reserve of 21.4Mt containing around 218kt of copper. They will now carry out a detailed feasibility study, which is expected to complete early next year alongside the necessary environmental approvals. The firms then hope to carry out the design and construction of T3 in 2019 before production begins in 2020. When ValueTheMarkets.com interviewed McNeilly last month, he said he was confident going forward:

‘After the feasibility study, a decision is taken on whether to develop further. It seems clear to me, given the numbers, that this will be a mine- subject to suitable financing. Everything indicates that this should be pushed forward towards being developed- it should produce a very clean concentrate that should be in high demand.’

With Metal Tiger also owning an interest over two lead-zinc-silver mines in Thailand, McNeilly told us last month that he believes the company is undervalued:

‘What will move the needle over the next few months will be exploration success in Botswana and any progress in Thailand. The market is giving very little – if any – value to our Thai assets. Metal Tiger is trading at a significant discount to the attributable intrinsic value of the T3 project alone. We have a strong balance sheet and liquidity to meet our required funding requirements at T3. We have a good balance of technical and financial people and a very experienced board to see through our assets to their best potential.’