We have covered Jersey Oil and Gas (LSE:JOG) a number of times on ValueTheMarkets, most recently in late April after it announced its results. At the time the company’s share price was around 214 and the on the rise. The price peaked at 260p – its highest close since November – in mid-May and has since been in decline. The dip in price can likely be put down to a lull in interest from holders. As is frequently the case on AIM, some retail investors cash out in search of more immediate potential returns elsewhere. The share was very overbought at 260p and therefore it was inevitable some profit taking would cause a retrace. Volume has started to reduce too, which further compounds the lull in price action. Currently, Jersey Oil is hugging it’s 50 Day Moving Average (DMA) around 214p and should this continue to support the price, this may offer a good buy opportunity. It is, however, possible we may see a further dip to the stock’s 200 DMA just below 200p, the price of last October’s placing. That’s also the bottom of the current upward trend channel which should offer further support. Certainly, any drop towards 200p will see the share price in Oversold territory.  A close above the diagonal resistance formed from recent peaks will indicate a reversal in price action.

Interest in Jersey Oil is likely to return soon in anticipation of the Verbier appraisal with substantial upside potentially on offer on positive progression. In the meantime, once the share has found ground again, previous high closes of 260p, then 291p are the targets to beat. 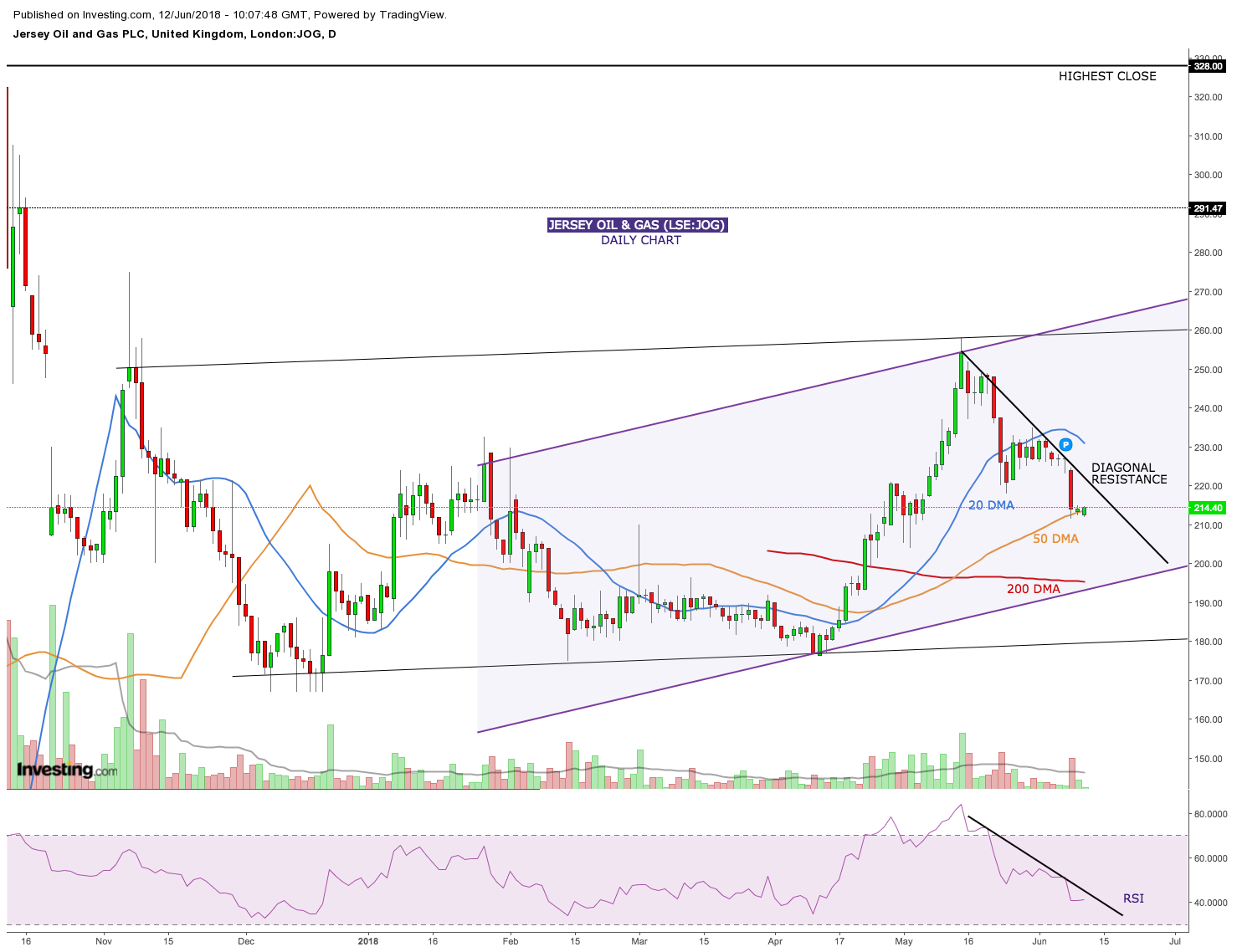