This morning, Touchstone Exploration (LSE:TXP) announced its latest production figures. In its most recent 7-day period the company produced 1,821bopd and, in the words of CEO Paul Baay, is now “well positioned to exceed its 2,000/bopd goal for the year”. Despite this positive upgrade, Touchstone’s shares have been through a period of consolidation, with the Relative Strength Index (RSI) cooling off. However, the stock now looks poised to tackle its recent high close of 15.3p. With the business rapidly approaching profitable production and plenty of exploration upside on the horizon, is a rerate on the cards?

After successfully drilling four wells in 2017, Touchstone has been busy this year carrying out an accelerated 10-well drilling programme, which it expects to complete by July. This morning’s announcement revealed output in May averaged 1,728 bopd with the business now just a hair’s breadth from its profitable production benchmark of 1,800bopd. In fact, Touchstone’s current field estimated production is sitting at 1,821bopd, based on a seven-day average ending 6th June.

What’s more, with several wells still left to drill on the programme, the company’s chief executive Paul Baay has said it should also reach its 2018 goal of 2,000bopd production by late summer- way ahead of schedule. Following its current drilling programme, the business is also toying with the idea of drilling more wells later in the year to take advantage of the cost efficiencies granted by the two rigs it is currently utilising.

In other news, Touchstone also announced its Annual General Meeting (AGM) tomorrow will be streamed live for the benefit of all shareholders. The meeting starts at 3pm BST on Wednesday 13th June, and can be viewed via the following link: https://www.youtube.com/watch?v=FUVpdy_6GsY

East Brighton is a 14,412-net acre near-shore block where Touchstone owns a 70pc working interest. In its 2017 results, the company announced that it had identified an onshore area in the East Brighton licence area that can be drilled horizontally to hit the primary target. With Touchstone initially committing to the drilling of one offshore well at the site to secure its licence, this onshore option will be much cheaper. Touchstone also announced that it was able to reduce its $6m letter of credit relating to the permit to $2.15m and had secured a financing facility to support the full amount.

Although Ortoire is structurally complex, the company has said it is seismically well-defined, containing structural traps, stratigraphic traps, and turbidite deposits. Touchstone’s work at Ortoire is in its very early stages, but Baay has said the firm will begin work on the area towards the end of the year and into 2019.

Since listing with a £6m market cap last June, Touchstone has already come on leaps and bounds to reach its current £17.7m market cap. With plenty of news flow on the horizon, this looks set to continue if the firm is able to sort out its communications to the market – an issue we have previously highlighted at ValueTheMarkets.com. With that in mind, it seems a reasonable bet the share price could push on from the current 14.5p over the rest of the year. A rerate does indeed seem to be on the cards. 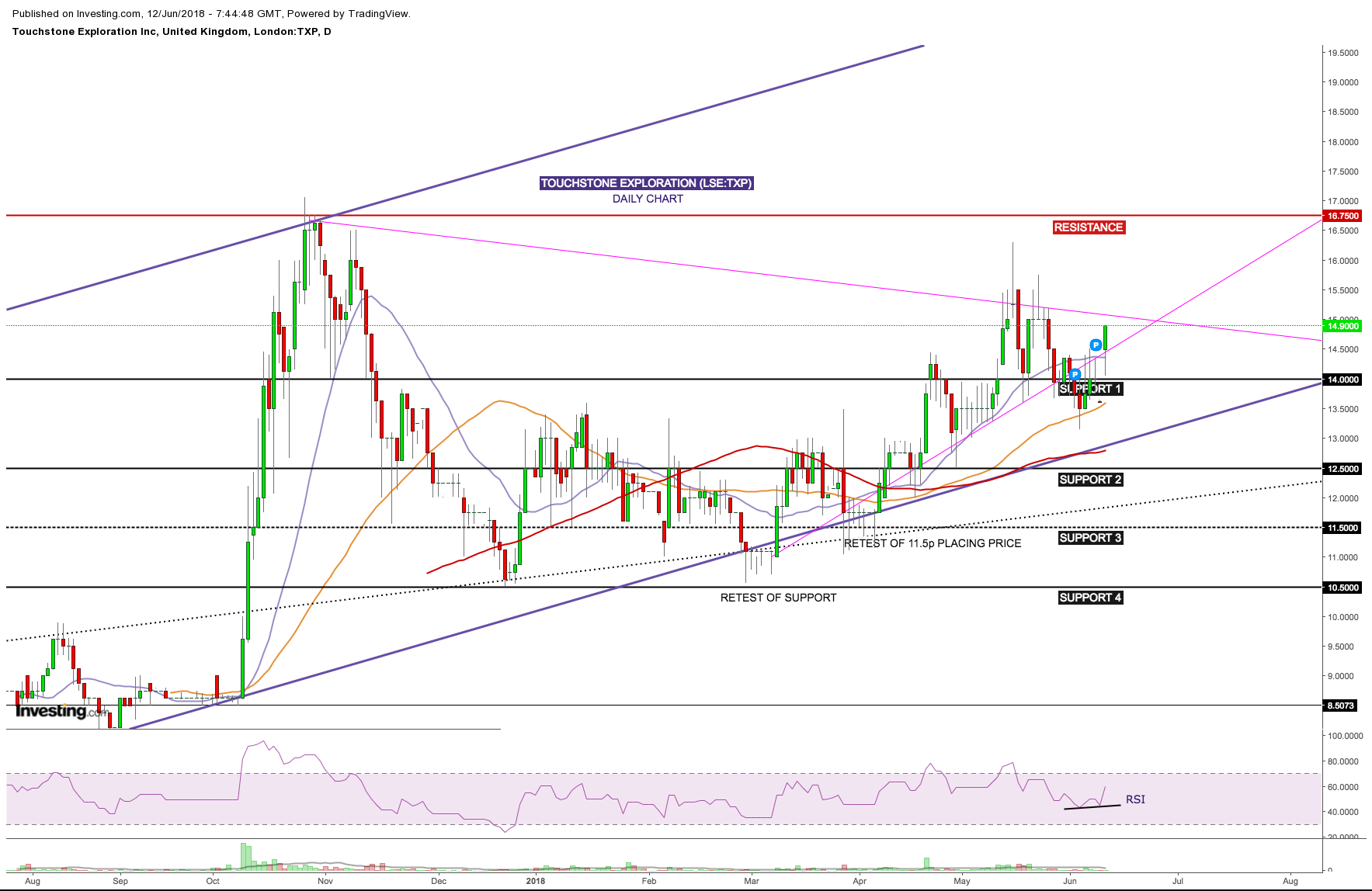