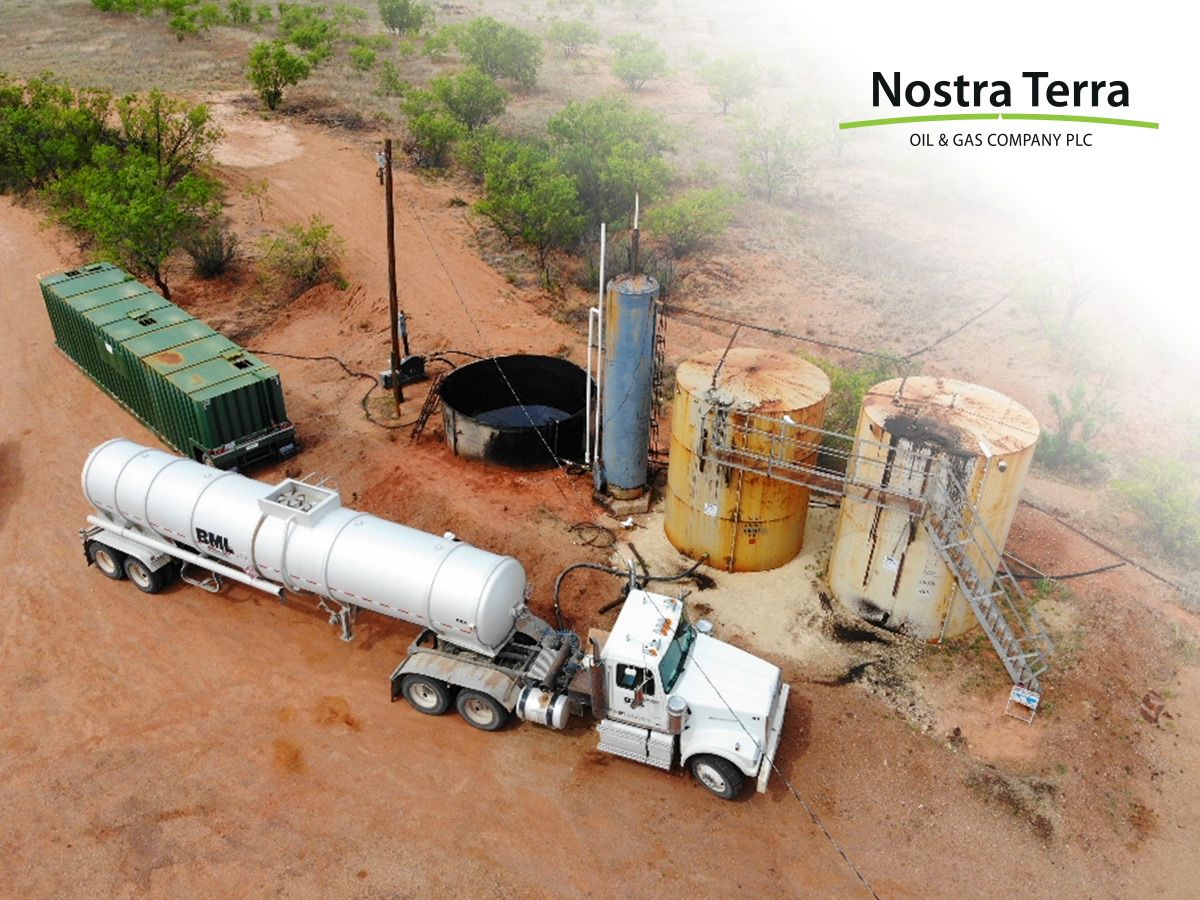 Since placing at 8p earlier this month, the share price of Anglo African Oil & Gas (LSE:AAOG) has continued to climb. Anticipation is building ahead of its summer drilling activities in the Mengo and Djeno sands at its Tilapia field in the Republic of the Congo. Can the share price continue rising and what levels offer resistance? 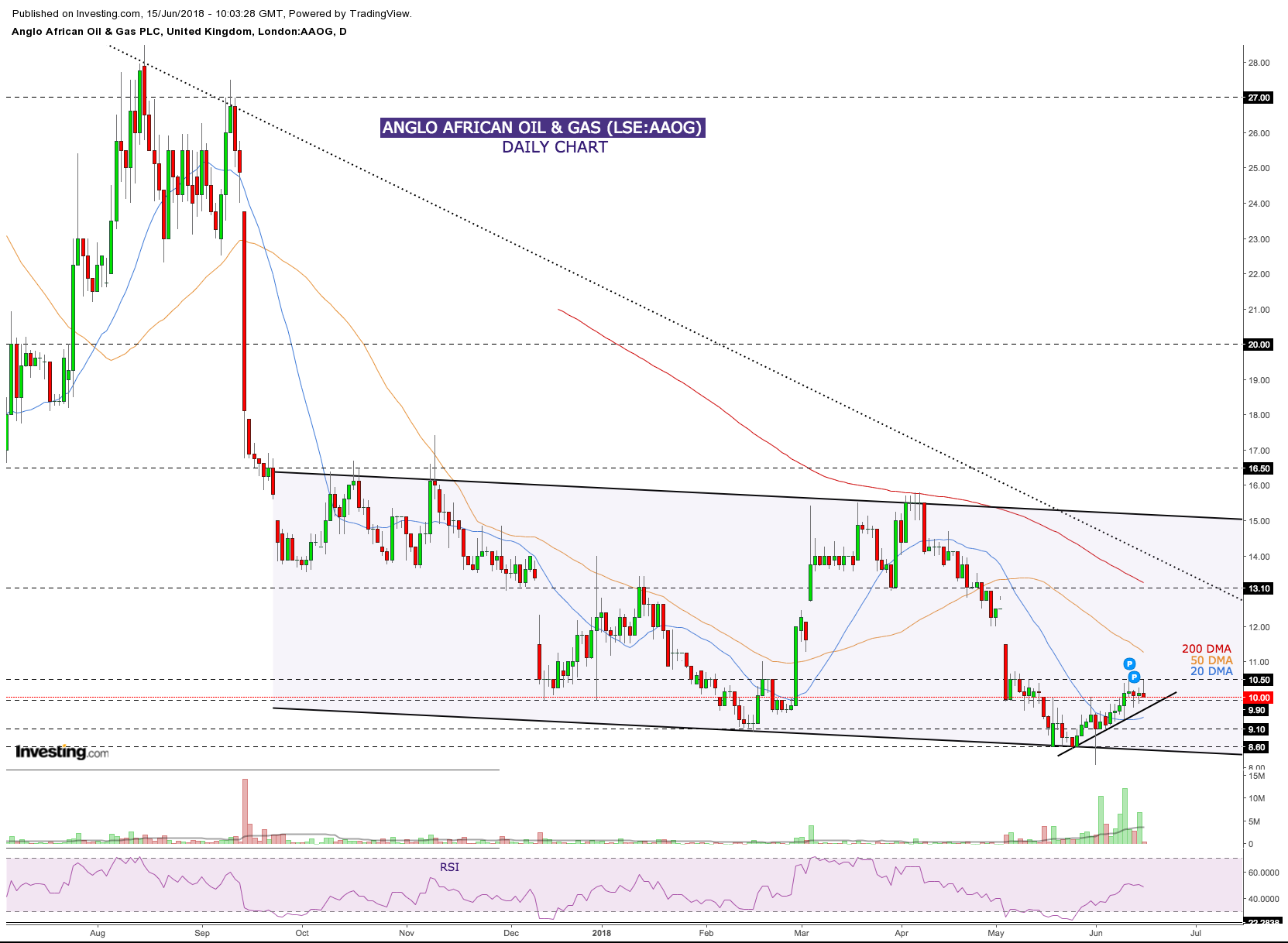 The stock’s price action has been in a clearly defined downward channel since September last year but does appear to have bottomed in light of drilling now being fully funded and a likely steady flow of news ahead. As with most fundraises, there was much chatter about the overhang of placee’s shares holding the price low, but at least until now, there has been sufficient interest to tackle any selling headwind. The price has been consolidating this week, with it currently at 10p. There’s some resistance at 10.5p which was touched this morning, and immediate support can be found around 9.9p, failing that 9.1p is next stop down. Based on current sentiment, I believe this to be the downside risk pre-drilling should a seller persist. A close above 10.5p would indicate a next resistance target of 13.1p which, at the current trajectory will likely coincide with strong diagonal resistance (black dotted line) formed from the previous 2 major highs.  The stock’s 200 Day Moving Average (DMA) will also probably be in this zone too offering further resistance.

With Anglo African stating the rig will likely mobilise on 26th June, spud is expected some time towards the end of August/ September. The share price may spike on a number of triggers as newsflow confirms progress, and it’s anyone’s guess what the share price will be pre-spud – with the current high volume seeing off sellers, it’s quite possible the share price will be considerably higher in my opinion. News on progress on drilling down to the Mengo layer is expected to be provided before moving on to the deeper, potentially company-transformational Djeno sands – if positive this obviously offers a further trigger for a re-rate. From a technical perspective, 16.5p, 20p, and 27p are the main resistance levels that lay ahead before taking on the previous highs of spring 2017. With the additional dilution from the recent placing, new all-time highs will surely be dependent on a successful drill at Djeno, but anything can happen on AIM.