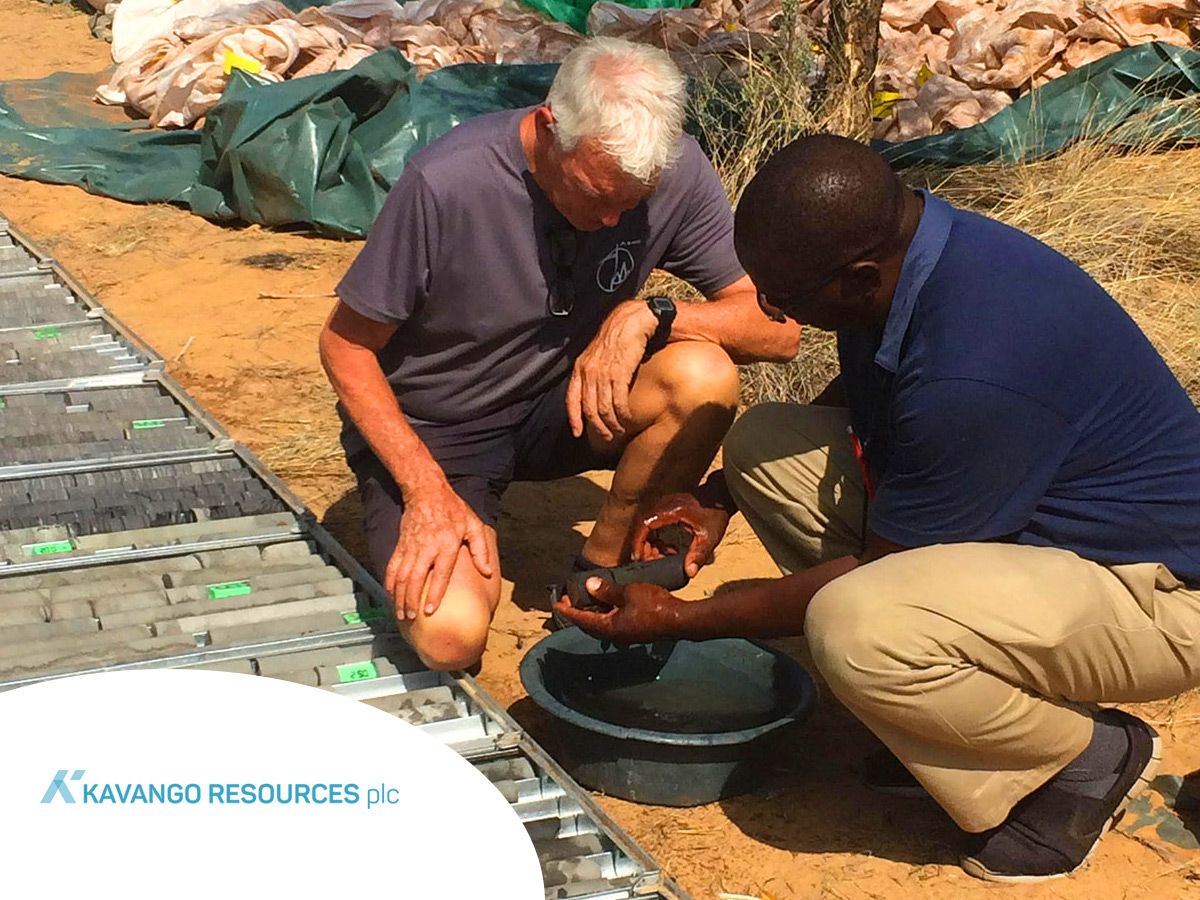 Small-cap mining exploration firm Kavango Resources will list on the London market next Tuesday (10 July), ValueTheMarkets.com can confirm. As we have written previously, experienced Africa-based mineral explorer Mike Moles founded Kavango with the aim of using a specialist soil sampling technique to detect mineralisation buried at significant depths below sand in Botswana.

The company will aim to raise a minimum of £1.6m with shares expected to list at 6p each with 24-month one-for-one warrants exercisable at 12p and half warrants exercisable at 24p over 48 months attached. Having already spent c.$3.5m on its exploration projects to date (including a Rio Tinto-funded JV), Kavango hopes to take its most significant project, the Kalahari Suture Zone (KSZ), to the next stage.

The KSZ is a 450km magnetic anomaly located in South West Botswana. It is a major structural fault in the earth’s crust along which magmas (gabbros) intruded about 180 million years ago. The entire structure and its associated rocks are buried beneath 20 to 30m of Kalahari sand. When we spoke to Moles back in February, he told us the KSZ offer a ‘remarkably similar’ geological setting to the sizeable Norilsk nickel deposits in Russia.

Kavango hopes to have made a significant mineral discovery at the KSZ project within 18 months of its listing and before further funding requirements. The first step to achieving this will be carrying out a helicopter-based electromagnetic survey over most of the gabbros along the structure.

Moles believes this method will speed up the identification and location of conductors, which may represent massive sulphide ore bodies associated with the gabbros. The airborne EM survey should ensure a steady stream of prioritised targets, which can be followed up with ground geophysics, soil sampling and drilling upon identification. The entire surveying process is likely to take around four months, with Kavango able to view details of the conductors identified by the survey at the end of each days flying.

Kavango’s other large project is the Kavango Copper Project in the extreme North West Botswana. The company currently holds three prospecting licences close to the Namibian border covering 869km2. The most significant and most prospective of these licences is 100% funded and managed by Rio Tinto through a joint venture with Kavango. Rio Tinto has so far spent around $1.5m on sampling, ground and airborne geophysics and drilling on the project, with further drilling scheduled for 2018. Rio Tinto approached Kavango about a Joint Venture in 2013, just a few months after the latter had acquired the acreage itself. The mining giant had also identified this area as prospective for copper.

Moles was able to negotiate an attractive deal for Kavango that generated some income as well as offering an attractive upside. As it stands, Rio manages and funds all exploration activity and will continue to do so until the project has reached bankable feasibility. When this occurs, Rio will acquire 90% of the project and Kavango can either fund its remaining 10% stake itself or convert it to a $75m royalty payment. Kavango also receives an option fee, currently worth $100,000 per annum.