Touchstone Exploration’s (LSE:TXP) share price has steadily climbed over the past six months in response to its production growth. With the share price topping 18p yesterday, the market appears to be finally acknowledging the progress made by the company as it fast approaches its target of 2000 bopd, ahead of schedule.

ValueTheMarkets has covered this blossoming story on a number of occasions, the last time being a month ago when Touchstone announced its latest production figures. The share price was approaching 15p then. Prior to that, we highlighted the stock as a potential buy around the last fundraise price of 11.5p in March.

Hindsight is, of course, a wonderful thing! Looking at the chart today not only shows the impressive but steady price run, but also an impactful chart pattern – the ‘Cup and Handle’. 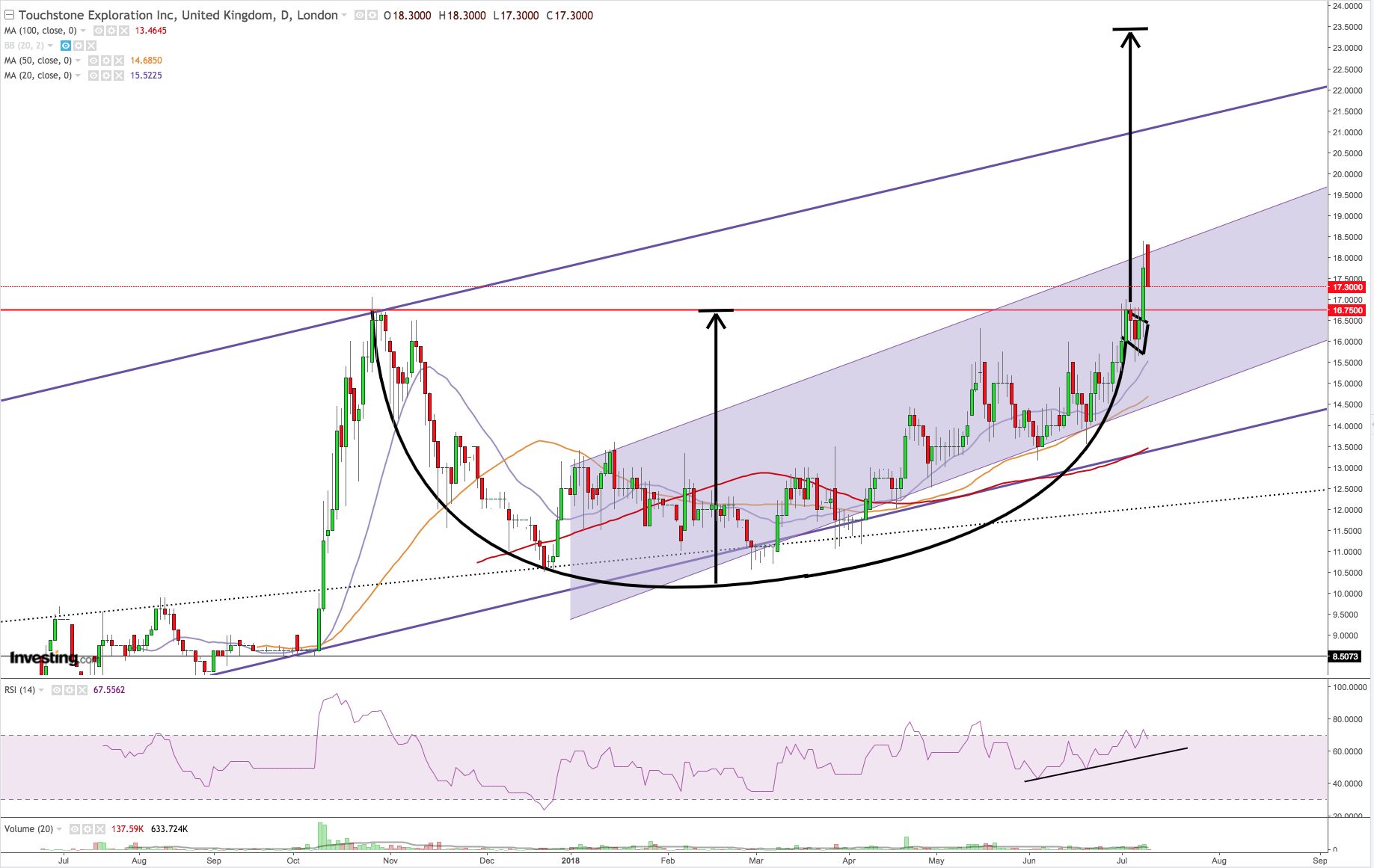 I have to confess I didn’t spot this earlier during its formation, but it’s still a very bullish signal to identify post-creation – the reason the pattern is so positive is its indicative target. Usually the outcome of the ‘Cup and Handle’ is an increase in price at least equal to the height of the ‘Cup’, which in the case of Touchstone’s, points to 23.5p. With Brent knocking on the door of $80, Touchstone generating $1m positive cashflow a month and the company targeting 5000 bopd in 2020, I think this target is more than justifiable in the short term.