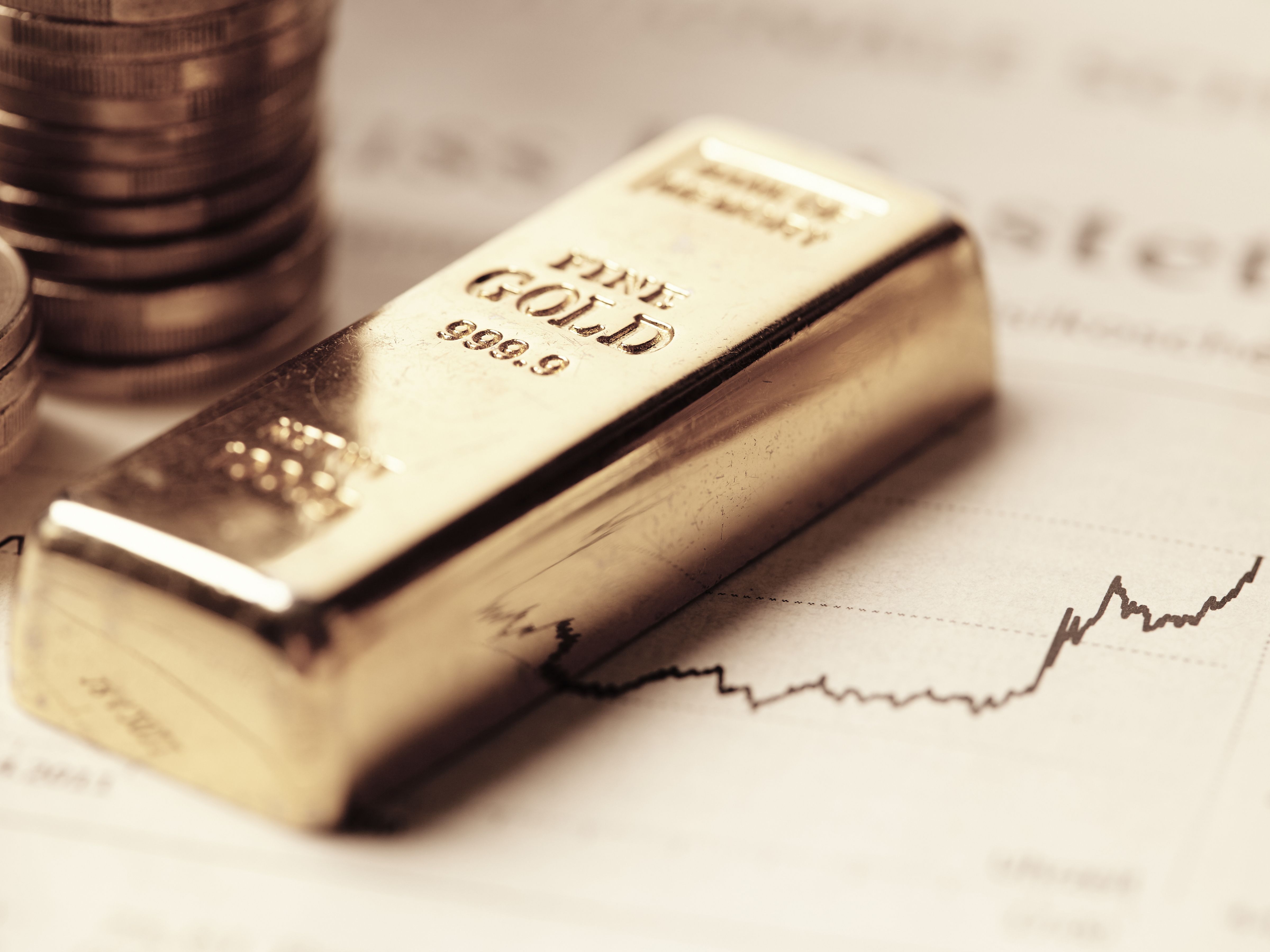 Gold bulls have had a rocky ride since the precious metal gave up on trying to break long-term resistance at $1350. The fall gathered significant pace, and three weeks ago, gold bounced off the bottom of a support zone around $1236 – but the level didn’t hold. We have since seen another, stronger, bounce – this time off $1210 which, thanks to a last-minute rally, saw the commodity scramble just above a diagonal support line formed from the past two significant lows.

I discussed the seasonality of the gold in a previous article, and in light of this and the recent strong bounce, the odds do appear to be moving in favour of the bulls. This week’s candle needs to close above that diagonal support line and the 200 weekly Moving Average (MA) needs to be won back, for a full reversal to take hold.

On the flipside, downside arguments stem from the fact the price action is currently below the 200 MA, and that the Relative Strength Index (RSI) his offering more than enough space to become further oversold if support is lost. Failure to hold these two key support levels would likely see another strong dip, perhaps testing support around $1180.

Another key factor in golds favour, and indeed all other commodities, is that the Dollar is looking less likely to breakout above resistance. 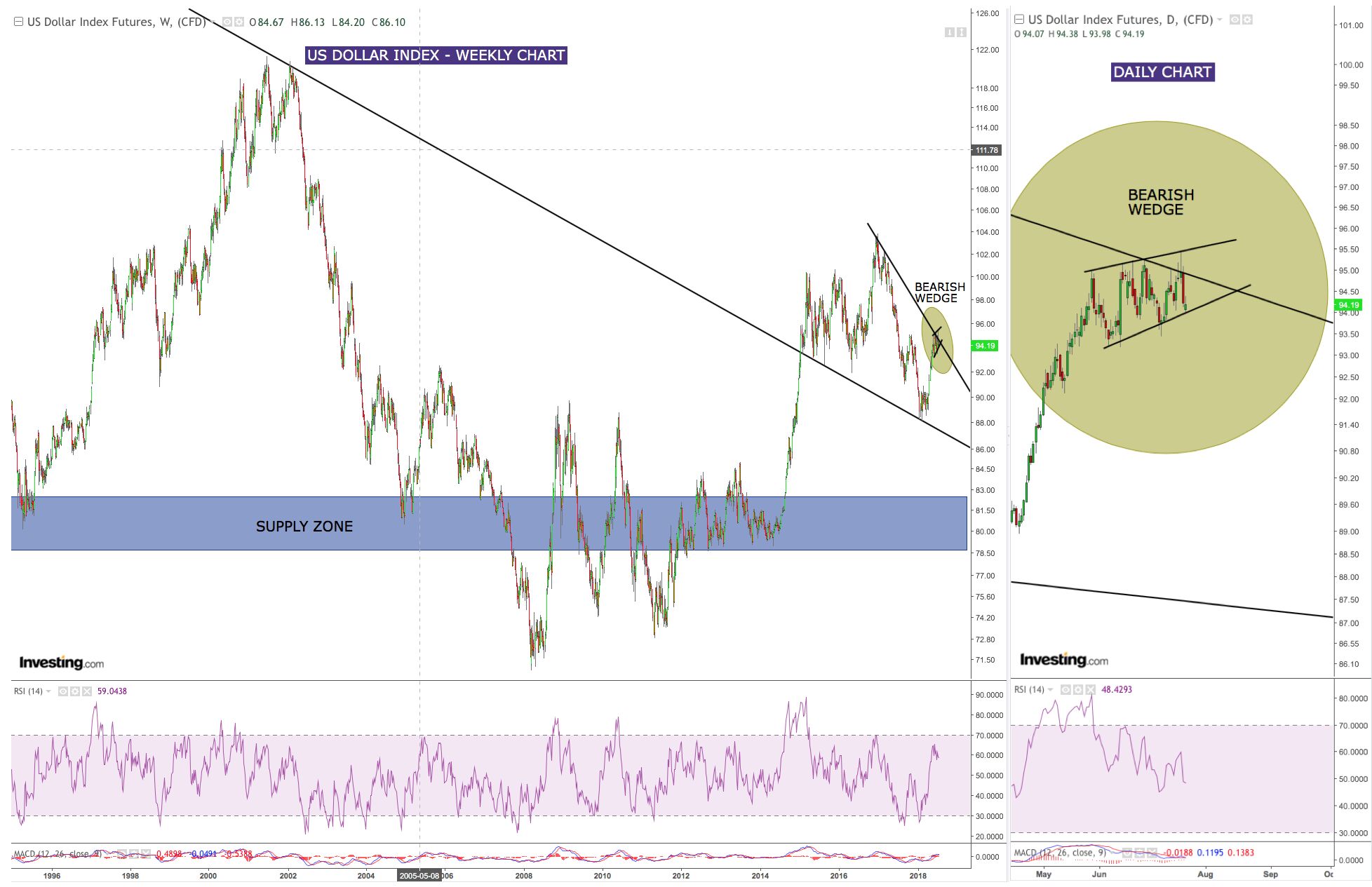 A look at the Dollar Index chart shows a weakening of its assault on a resistance zone around 95.15. Furthermore, a zoom in on the daily chart shows a potentially Bearish Wedge pattern forming – at least for now this implies the Dollar might be about to retrace, potentially giving commodities a breather from the threat of a much stronger dollar.

Disclosure: The Author holds a position in financial instruments related to the gold price.