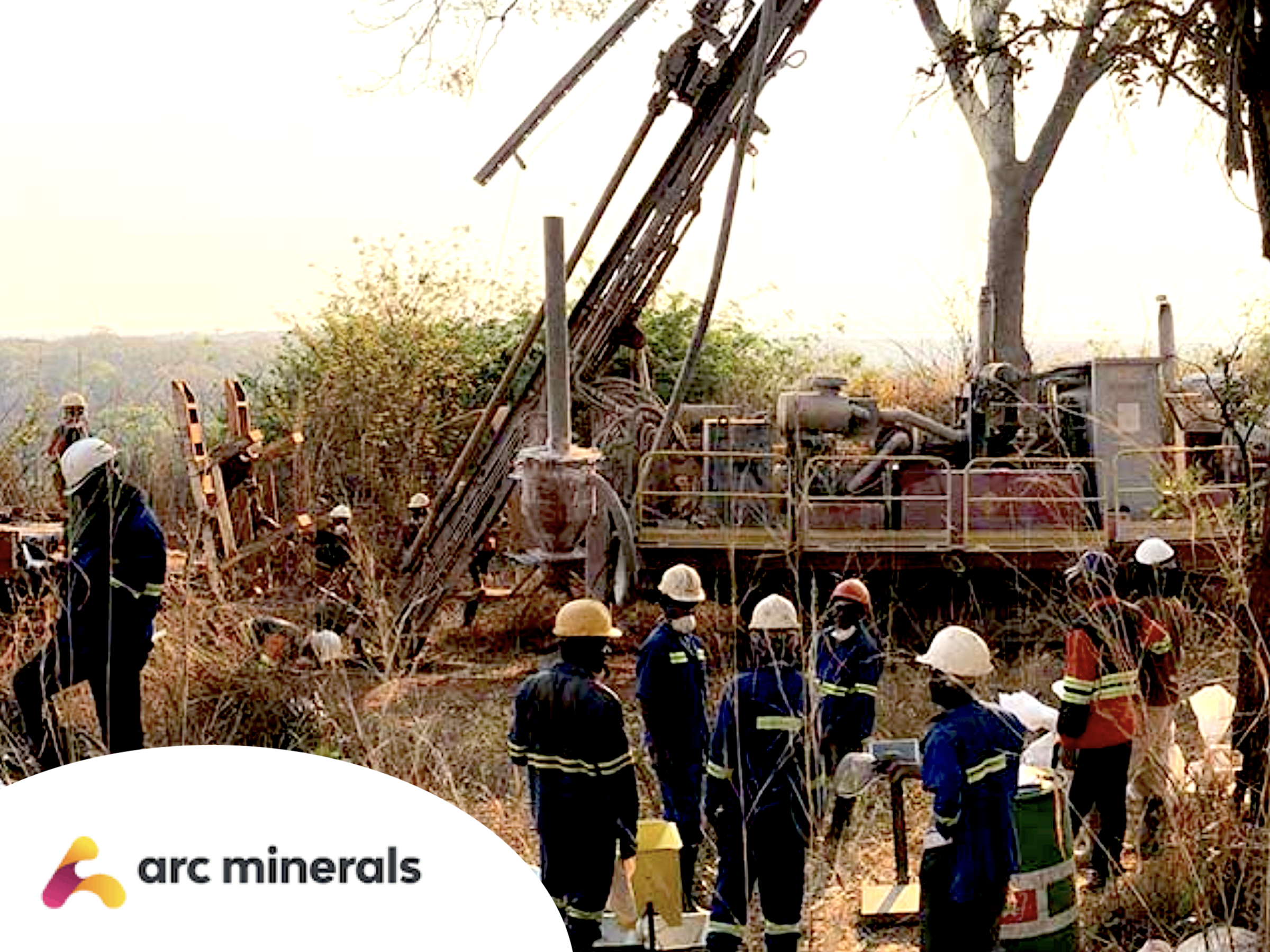 Arc Minerals (LSE:ARCM) rose 2pc to 5.1p today after reporting that it has detected visible copper and cobalt mineralisation during early drilling at its flagship project in Zambia. It found the mineralisation at the first few holes of an 11,000m drilling programme currently underway at Zamsort’s Kalaba prospect, where Arc owns a 66pc stake.

The programme is being carried out to delineate a shallow oxide resource for Zamsort’s commercial-scale demonstration plant, which Arc is currently building. It will also be used to establish a maiden mineral resource estimate at Kalaba.

So far, it has drilled five holes totalling 875m in the programme, with holes six and seven currently being drilled by two diamond rigs. Arc has also completed a ground penetrating radar trial survey and is carrying out core logging and sample penetrations. A reverse circulation drilling rig is being mobilised and will commence drilling in August.

Zamsort is a privately-owned firm developing the Kalaba copper-cobalt project in north-west Zambia. Kalaba’s licence covers nine of 30 high priority targets ranked by a previous JV in the area operated by Anglo American and is near First Quantum’s Sentinel and Kansanshi and Barrick’s Lumwana mines. The project has an existing near-surface estimated copper-cobalt oxide resource of 16.59Mt at 0.94pc copper and a historical exploration target of 150Mt, making it one of the most significant projects of its type in Zambia.

Arc expects production of copper and cobalt hydroxide to begin at Kalaba within six months. Processing will take place at the site’s commercial-scale demonstration plant, which is approximately 75pc complete. As it stands, the business has already stockpiled 10,000 tonnes of screened ore grading 2.1pc copper and 0.3pc cobalt at the site. It is also in the process of building a new management team at Zamsort who will be undertaking a full assessment of current operations including historical exploration data and optimising the plant.

On today’s news, Arc’s executive chairman Nick Von Schirnding said: ‘The drilling programme at the Kalaba prospect is progressing well.  Even though we are still at an early stage in the programme and the first few holes drilled are intended to test the geological framework at Kalaba, visible Cu-Co mineralisation has been reported. The mineralised core from these holes are currently being prepared to be cut, sampled and sent to a laboratory for analysis. We will announce the first results from these mineralised cores as they become available.

‘We have also just trialled a ground penetrating radar survey to assist in identifying mineralised structures for a more targeted drilling programme in the future. The results from this exercise will be correlated against the holes drilled and compared to test its effectiveness. Final road permits to transport the RC drill to site are in the process of being obtained and we anticipate mobilisation and commencement of drilling from this third drill rig in the next fortnight. We look forward to providing regular updates on this drilling programme.’

Alongside Zamsort, Arc also owns a 100pc interest in Casa Mining, a private company that has a 71.25pc stake in the Akyanga gold deposit in the DRC. At the end of last month, the business rose 12.5pc after reporting that a JORC mineral resource for Akyanga had almost doubled to 3m ounces of gold averaging 2.16 grams per tonne.

Also, it said that the Akyanga structure remains open in several directions and geological indicators suggest the Misisi corridor and surrounding targets have the ‘potential to continue to deliver further substantial growth in the company’s mineral inventory’. Arc has a near-term exploration target of a further 200,000 to 600,000 ounces of gold in the Akyanga East Area with additional exploration targets along the 55km gold belt within its 133km² mining license.