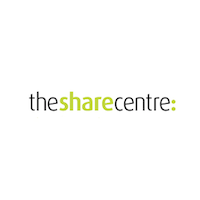 The Share Centre (LSE:SHRE) revealed today that it has agreed to acquire a portion of collapsed stockbroker Beaufort Securities’ business, leading shares to dip 3.8pc to 25p. In its half-year results, the firm said it has signed heads of terms for three acquisitions that together account for around 38,000 customer accounts and more than £1.5bn of assets under administration.

It said it secured one of these in a competitive tender proves with the special administrator of Beaufort Security and sister firm Beaufort Asset Clearing Services relating to around 15,000 customer accounts. The UK regulator shut Beaufort in March following a highly-publicised US sting operation that led to criminal charges against the company for alleged securities fraud and money laundering.

The Share Centre said its three acquisitions represent a significant increase in overall customer numbers and expect Beaufort’s clients to be onboarded from September. It believes it will begin benefitting from the purchase from Q4 onwards, adding that it hopes the Bank of England’s recent rate rise will also assist in raising interest income.

Richard Stone, chief executive of The Share Centre, said: ‘Today’s announcement of three acquisitions covering c.38,000 customer accounts is particularly encouraging, and we are especially pleased to welcome, in a few weeks’ time, customers of Beaufort Securities, who have endured a very difficult period since the collapse of that business in March.

Chairman Gavin Oldman added: ‘These customers have suffered as a consequence of that business going into administration and have not been able to trade or access their accounts for many months. We are delighted to have been selected to provide these customers with a secure home and service for their investments and we look forward to building our relationship with them – and rebuilding their trust in our industry – over the months ahead.’

Elsewhere in its results for the six months to 30 June, The Share Centre reported that revenues had risen 15pc to a record six-month high of £10.2m, while assets under administration rose 18pc to a record £5bn. However, costs rose by 1.6m, or 18pc, year-on-year thanks to additional regulatory costs, pushing underlying profit after tax down to £50,000 from £255,000 in H1 2017.

Stone added: ‘These regulatory changes have been a contributory factor in an increase in the Group’s cost base.  We have taken steps to mitigate this and we expect the benefit of these commercial changes (which took effect in July) to have a positive impact on the second half financials.

‘Looking ahead, the future remains bright and we have plans to substantially increase the scale of the business, both organically and through acquisitions and partnerships. The Board continues to be encouraged by progress and looks forward positively to the rest of this financial year and beyond.’