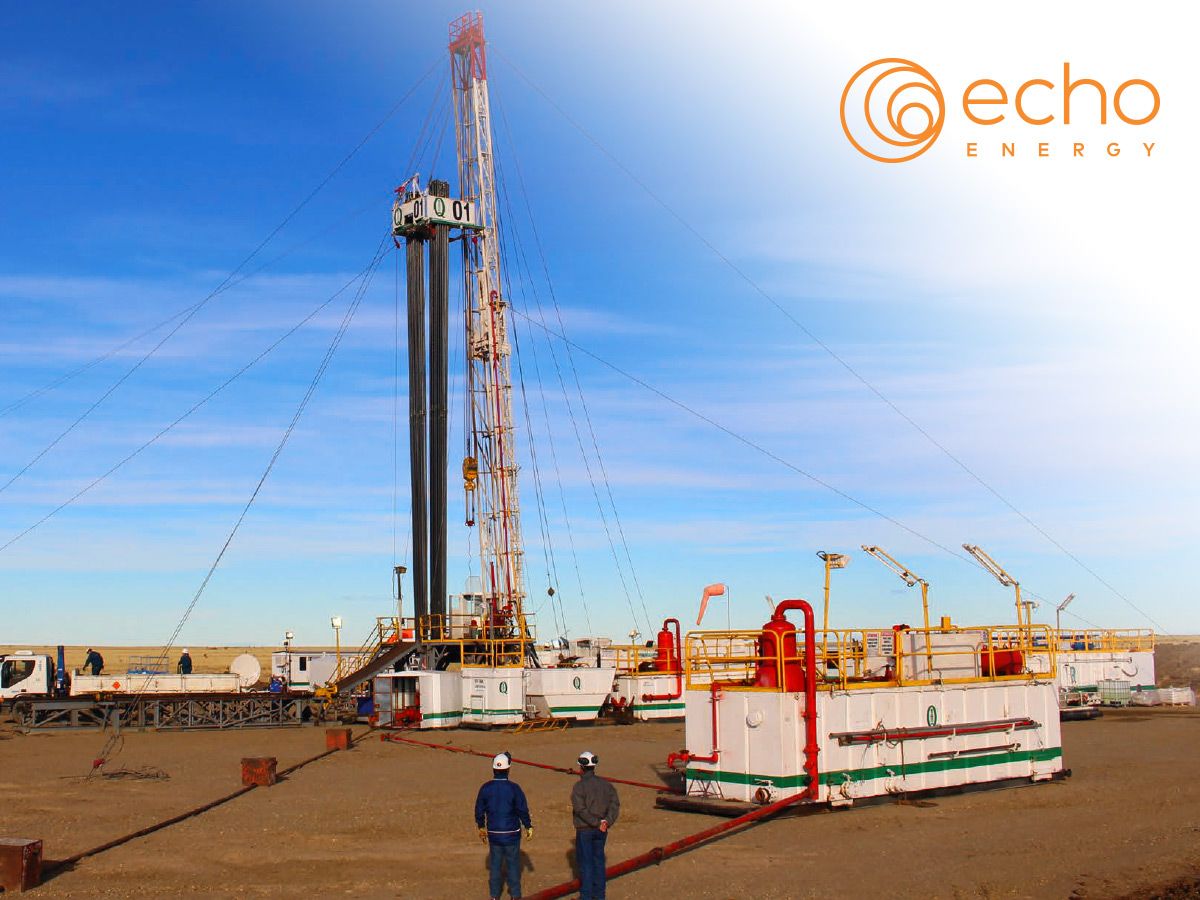 Tuesday saw Echo Energy (LSE:ECHO) fall 11.5pc to 12.5p after announcing that the CSo-2001(d) well in its Fraccíon D asset is unlikely to contribute economically to the area gas production project after suffering major pressure depletion. Here, Echo’s chief executive Fiona MacAulay talks to ValueTheMarkets about the news before providing some in-depth insight into the firm’s plans for its multiple remaining targets.

However, in yesterday’s update, the firm announced that a testing programme on the well demonstrated that long-term production from the adjacent Springhill formation had caused significant pressure depletion. As a result, it said the remaining gas in the underlying Tobifera will likely be insufficient to contribute to the Fraccíon D gas project. MacAulay told us that although the findings are disappointing, their long-term impact is mitigated by the low capex costs of its drilling programme and the ongoing potential on offer in Fraccíon D:

‘The gas shows were very impressive when drilling, and the log data was very encouraging, but when we came to test it, the unit was just really depleted. Obviously, we would not have drilled it unless we wanted it to add production and it would have been nice for Cso-2001(d) to add into the gas development we have in Fraccíon D. However, the long-term impacts are likely to be minimal- the wells in this programme are being drilled at less than $1.5m each and are then tested for around $500,000. We are talking about numerous, really low-cost catalysts that, when taken together, can get us to a much bigger scenario.’

Echo referenced these additional catalysts in yesterday’s update, reporting that the depletion of the Tobifera would not impact the Eastern flank of Fraccíon D. Here, recent testing and pressure monitoring of a well called CSo-85 earlier in the year demonstrated that an extensive gas resource remains economically viable for a monetisation project. McAulay said Echo are in the process of using the information gathered to enable the appropriate planning, sizing and timing of required infrastructure. She added that the Western flank could represent ‘untapped potential’. What’s more, the firm has selected a further three candidates for workover activities at Fraccíon D over the next six weeks to restore or improve existing production, and are working with their partner, CGC, to reduce the cost of well interventions to increase the number of candidates to boost oil production further.

Moving away from Fraccíon D and into Fraccíon C, another potential catalyst on the cards for Echo is a well called ELM-1004, located near the producing Estancia La Maggie field. Earlier this month, Echo produced dry gas to surface from the well in initial testing and suspended it in anticipation of a subsequent hydraulic stimulation operation, where planning is currently being finalised. MacAulay tells us that the firm did not bring a stimulation unit on site in the first place because the business wanted to see if it was needed first, rather than risk spending money on unnecessary equipment:

‘This is a step-by-step approach, and you cannot plan for every contingency at once as it would simply be too costly to mobilise all the equipment you might need. As we are based onshore, we have the benefit of being able to wait and deploy equipment as necessary. At ELM-1004 it is now a case of simply getting the well stimulated and ready-to-go.’

Another potential landmark on the horizon for the firm at Fraccíon C is a well called EMS-1001, where it interpreted a significant light oil column and significant gas and hydrocarbon shows back in June In yesterday’s update, Echo said it is working to finalise preparations for testing EMS-1001, which may include the potential stimulation of select intervals which were interpreted as hydrocarbon bearing upon drilling.

The firm also cautioned that log results in the complex reservoir may not be certain indicators of success before testing of the well takes place. MacAulay told us that despite this caution, which is a simple reality of exploratory resource drilling, she remains optimistic about EMS-1001’s potential:

‘Although positive log data does not necessarily translate into deliverability or our ability to produce, we think EMS-1001 has the potential for light oil. The information we have and the experts we have been talking to indicate that with some stimulation that should be able to produce, although none of us can ever guarantee that.

‘EMS is an entirely new structure, so there has been no production off of it meaning we cannot suffer from any depletion. We are now making sure we have the right equipment in place and continuing our discussions with Schlumberger and talking to their testing experts. We want to give ourselves the best chance of getting a good result out of this. We do not want to rush ahead if there is an opportunity for us to collect more data and determine where would be the best area to test.’

Earlier this year, Echo announced that it had raised £8.5m by placing shares at 12p each to accelerate its commitment to a broader seismic acquisition campaign at Tapi Aike. MacAulay, who in May told us the site could generate a value net to Echo of about $500m and take the firm into ‘a different sphere of valuation’, told us yesterday that the firm is very close to signing a seismic contract:

‘We should have an update on that within a week with the intention of kicking off a 4-month seismic acquisition in November this year. That could lead to some serious upside.’