Amerisur Resources fell 18% today after it announced the N Sands at its Pintadillo-1 well were dry. The news was unexpected and have put a dampener on the positive interim results disclosed just under two weeks ago. However, it wasn’t all disappointing news, as the company went on to state that the U and T sands were found to be well developed and that successful testing of these zones will offer reserves upside for the Platanillo block.

Chartwise, the stock has been creating a long-term Falling Wedge pattern since late 2015. More often than not this formation concludes with a reversal in the price action and is therefore bullish. Today’s price decline has just touched the base of the pattern which forms diagonal support. While this makes a new low, the bottom call is not all lost just yet. A bounce from here with a weekly close above the previous support level at 13.4p would result in a triple bottom for the stock.

It’s also worth keeping an eye on the Relative Strength Index (RSI) too. As I write the indicator is touching its horizontal support (black line). All the while the RSI stays above the horizontal, a potential rebound remains in play. Today’s action has left another gap down to fill, so a natural first target would be to close the gap at 15.04p. Subsequent to today’s news, the gap down from 18p was in our sights, but as time has moved on, the top of the Falling Wedge pattern would now be the next target. This stands around 17.75p at present, and a break out from the pattern would suggest decent potential upside, through resistances at 22.5p and 32.75p towards 39p. These targets may seem a long way off with sentiment now at rock bottom, but Amerisur appears to have plenty more irons in the fire to increase reserves and production in a continually strong oil price environment. 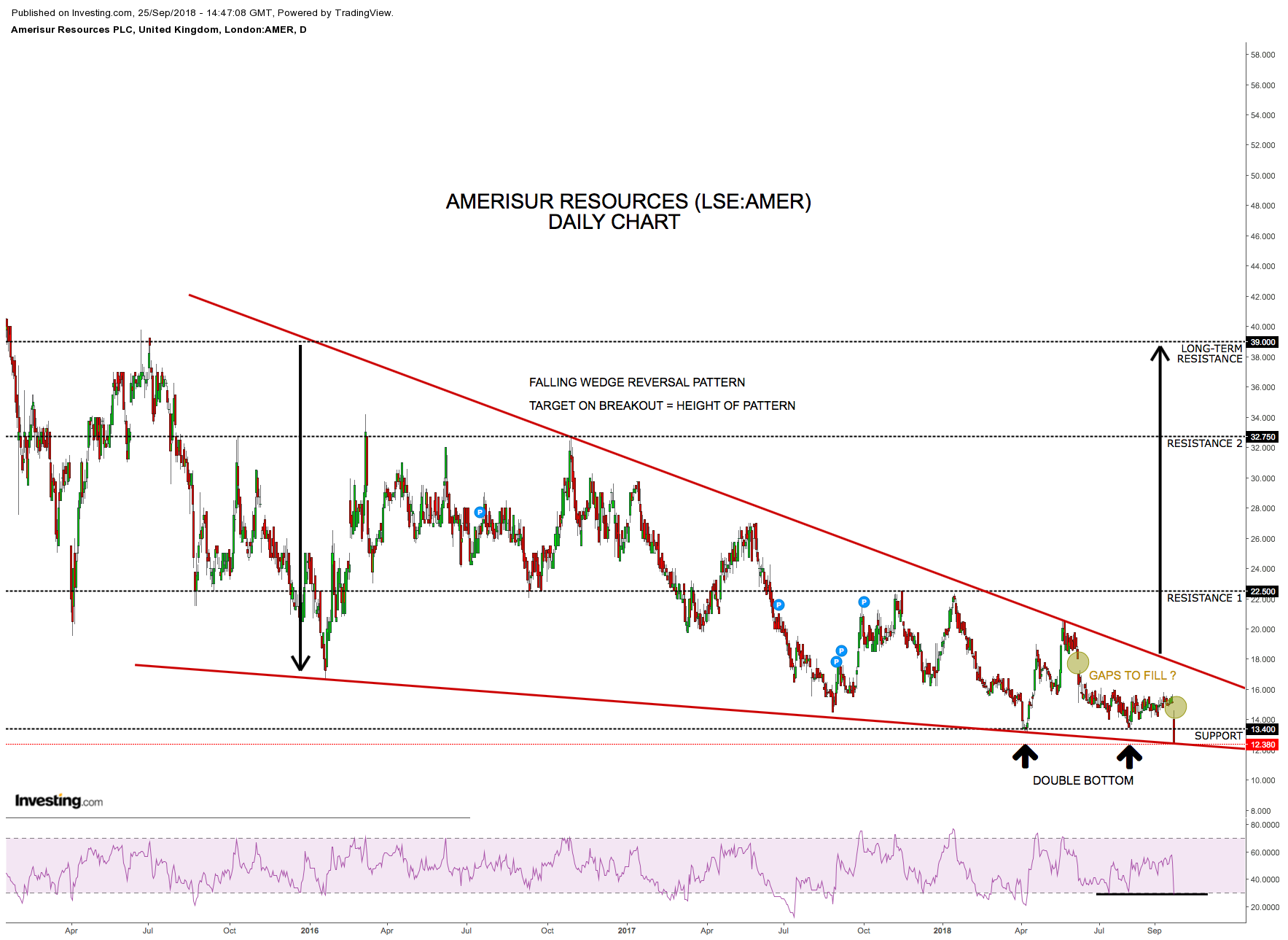