Amerisur Resources (LSE:AMER) has seen its stock price tumble since it announced disappointing news regarding the N-sands at its Pintadillo-1 well. The price subsequently dipped below a long-term Falling Wedge pattern which I anticipated could provide the basis for a potential trend reversal for Amerisur.

The stock has since hit new lows of 11.08p with a bounce today off another potential trend baseline formed from the previous 2 dips. This again puts a Falling Wedge pattern in play, however, this support line is nowhere near as established as the one stretching back to 2016. To back it up there is also horizontal support though. The rectangle shows a potential buy zone from  2010 which was successfully tested in 2011. It’s a wide buy zone and Amerisur is already in it, the question is how deep will it be tested. With the current fundamental story and expected newsflow, the stock is well positioned to stave off a test of the bottom of the barrel at 9.15p, but it is a possibility. The lowest close in 2011 was 11p, and this could prove to be a level that holds firm.  If there is a move to the sub 9.5p area I suspect it will be short lived.

Another positive to be taken from the weekly chart is the Relative Strength Index (RSI) coiling up.  This will be a good indicator and at the moment, the RSI is staying above its bottom trendline. 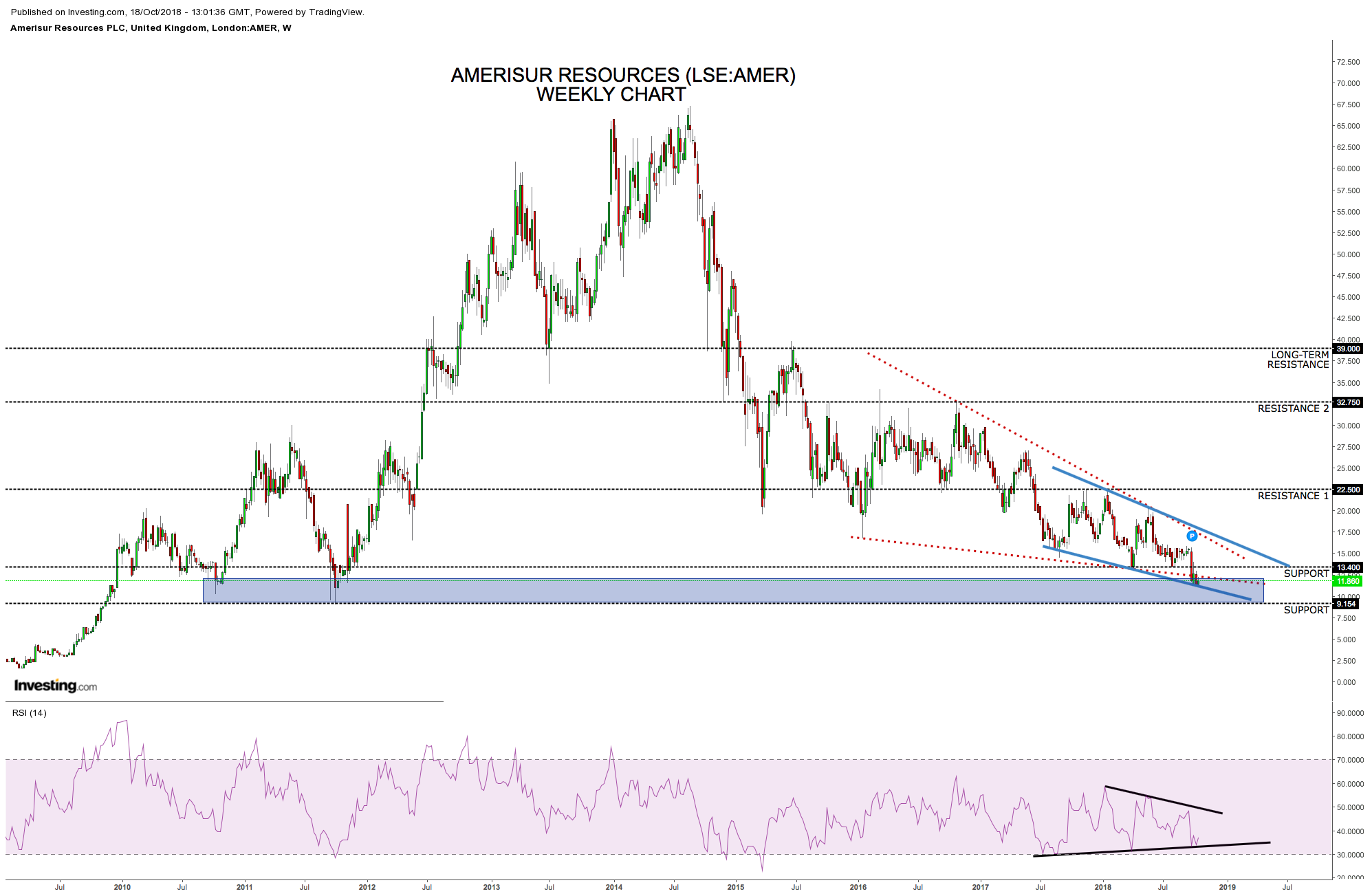