Back in March I highlighted Premier Oil (LSE:PMO) as a potential buy at 66p, with a caveat that it might dip to 62p. The stock managed to hold onto its 200 Day Moving Average (DMA) and raced ahead, hitting 130p in May. Since then, the price of brent oil has surpassed expectations, leading to a further high of 146p for Premier.

As the chart below shows, this zone was a cluster of resistance with the top of its trend channel, meeting horizontal resistance as well as a long-term diagonal formed from historic highs. The selloff has been very hard, fuelled largely by a sharp pullback in the oil price. The stock fell like lead through short-term diagonal support (bottom of red triangle) and then through the floor of the more recent uptrend channel (shown in blue). This week Premier has dipped below its 200 DMA further negating sentiment from a technical perspective. 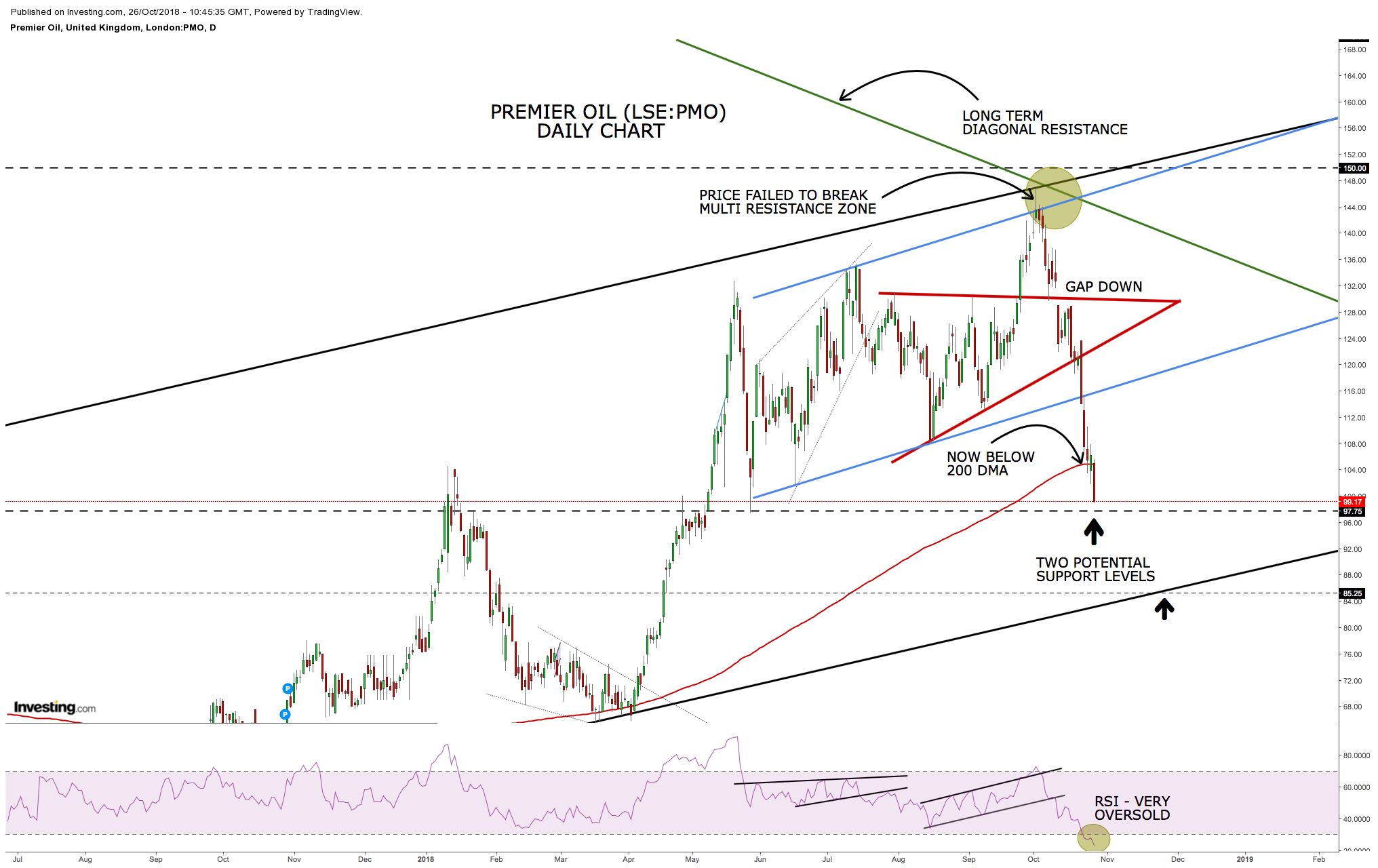 However, back in the real world Premier oil is progressing well operationally, with the Catcher field so far delivering on its promise and I believe share price support is in sight. There’s a clear line in the sand around 98p where the shoulders of two previous peaks lay (only one shown on the chart above), in addition to the obvious 100p psychological level. If the 200 DMA isn’t regained with haste, further downside may ensue, and the next level of interest is around 86p – the bottom of the current longer-term trend channel.

The Relative Strength Index (RSI) is screaming oversold further indicating Premier may be a buy at this level, but a full recovery from here is likely subject to brent playing ball. A brief look at crude oil futures shows some hope for that outcome. 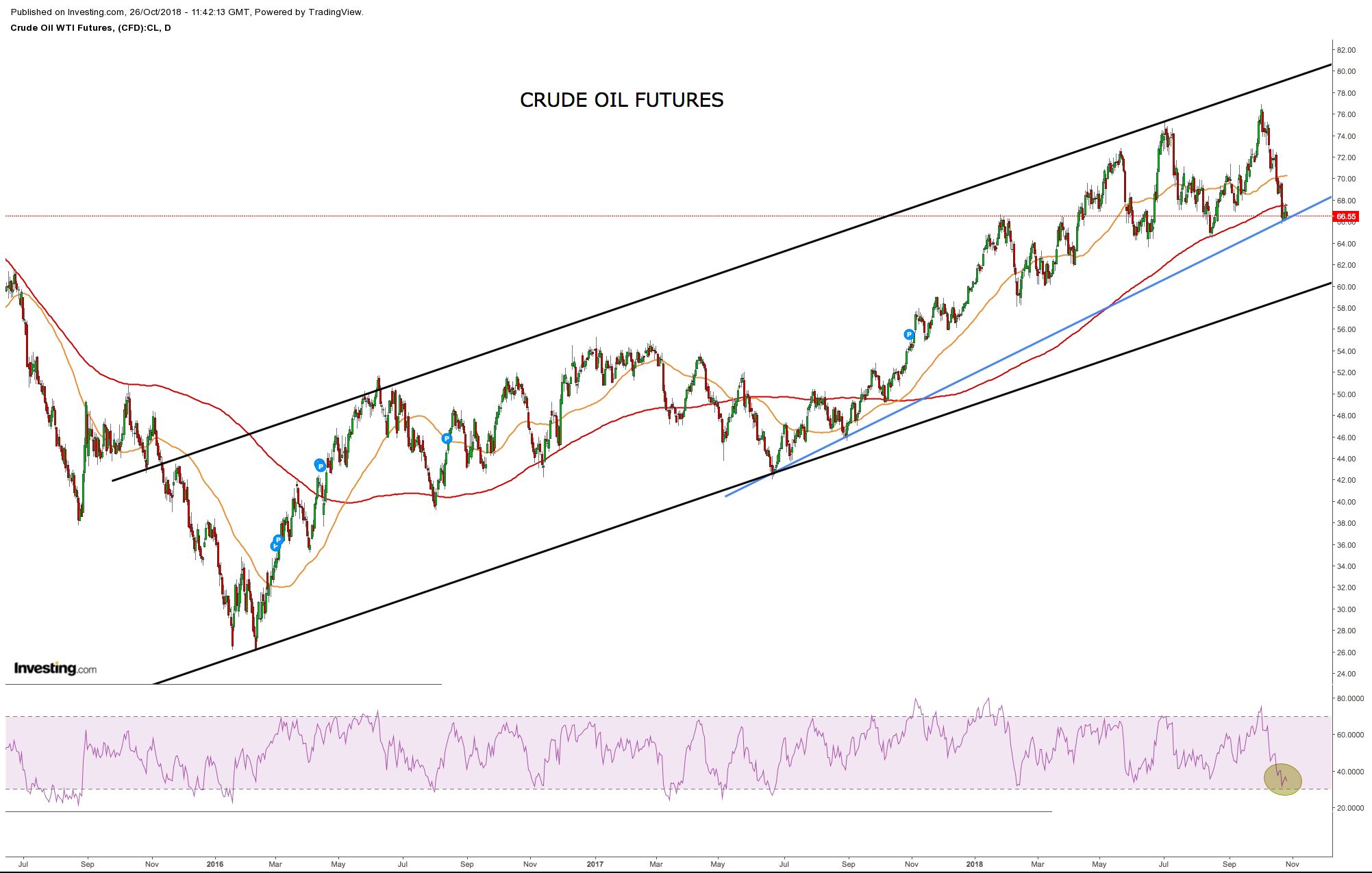 Crude is currently resting on a support line (shown in blue).  Although Premier deals in brent oil, the crude oil chart is a better indicator of the macro trend for the sector, particularly with it being at such an important juncture – a move below a 200DMA is bearish whatever the stock or instrument.

As with Premier, oil’s future trend direction is very much dependent on whether this key level can be swiftly regained, with failure suggesting further potential downside.