Yesterday, Touchstone Exploration Inc (LSE:TXP) announced its financial and operating results for Q3 2018. The company with operations in Trinidad and Tobago generated CA$12.89m in petroleum sales, a 63% increase from the prior year third quarter. Production in the period came in at an average 1,758 bopd representing an increase of 22% compared with the same period last year. The field hit estimated peak production of 2,088 bopd buoyed by flush production from the new WD-8 completed in early October.

Touchstone has continued its expanded 2018 drilling campaign, drilling three wells and recompleting a further twelve in the quarter with capital expenditures of CA$4.543m. The company expects to drill four more wells this year, three in the WD-8 location and has contracted a second third-party rig to drill an additional well on WD-4.

In October, Touchstone achieved an average realised price of US$68.48 on sales volumes of 1,964 bopd, in line with- and ahead of schedule of- its year-end target of 2,000 bopd.

Touchstone’s share price topped out at 22.5p in October but, in line with most oil equities, has fallen sharply with the drop in oil prices. The stock broke down from its daily trend channel and is just above channel support on the weekly chart, currently 14p. Should the channel be broken, the next line of defence would be some horizontal support at 13p. A natural price target on reversal would be in the 24-25p at the top of the trend channel as the company starts to explore its promising Ortoire block. 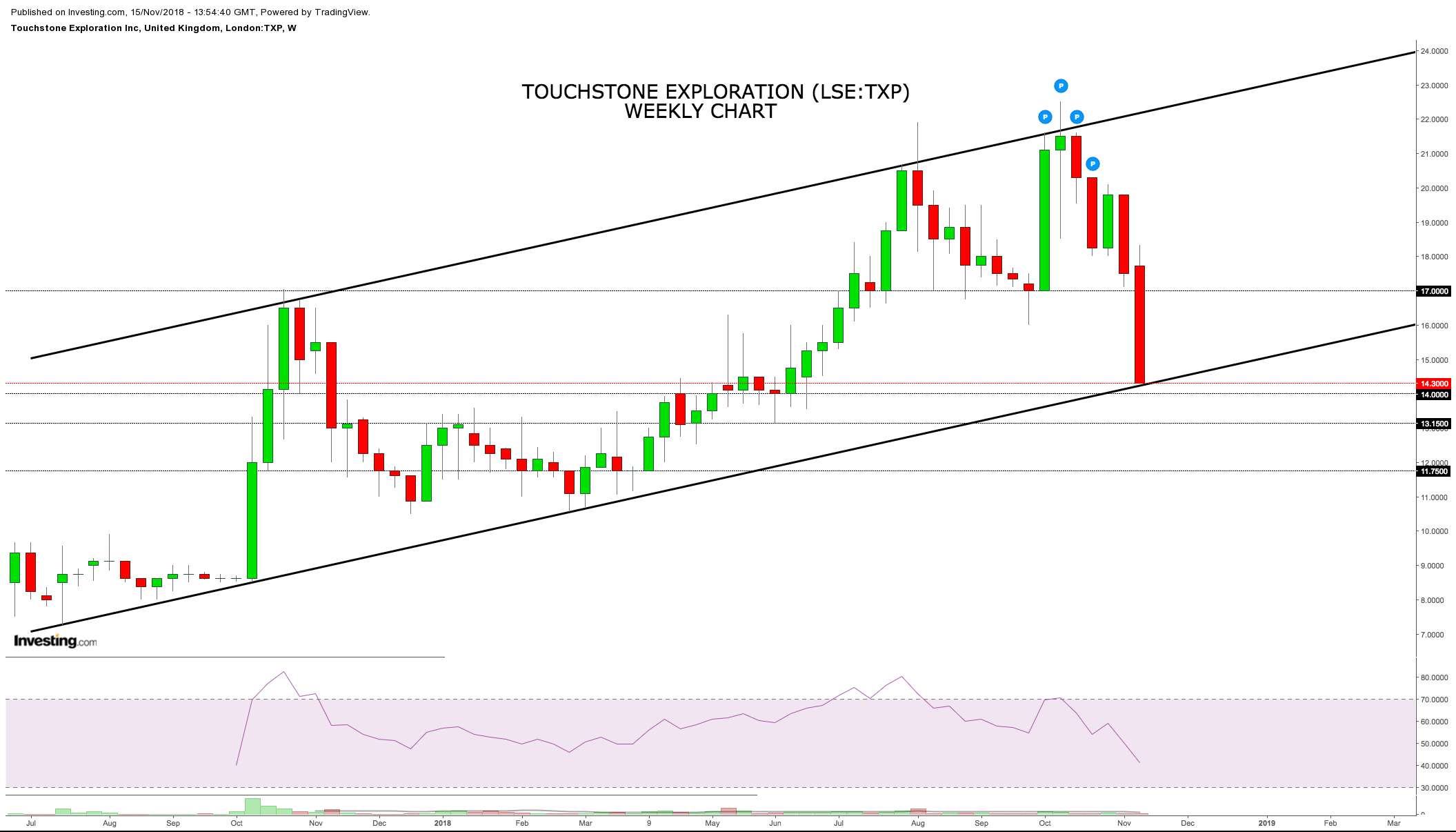 While some may fear oil is slipping into another bear market, others could see current price weakness as an opportunity to take advantage of the pullback, particularly now that the US mid-term elections are out of the way. Of course, should the oil rout continue, further downside is possible, but with US$66 Brent now very oversold, oil bulls may find some relief soon. Touchstone has delivered on its 2018 targets with a successful and extended drilling campaign. The company now has its sights on a bigger prize in 2019 as it looks to focus on the potentially transformational Ortoire block. In the event the oil price recovers, today’s 14.5p buy price could prove to be a great level of entry.