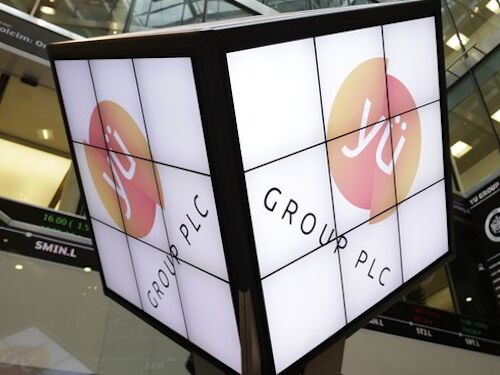 Corporate gas and electricity supplier Yu Group (LSE:YU.) crashed to 61p on Thursday after an investigation into its accounts revealed that its profits will fall by more than £10m. The news comes a day after the Financial Conduct Authority revealed plans to launch a review into the accuracy of Yu’s announcements this year.

Yu’s shares have now fallen by nearly 90pc since October, when it first announced that its profitability would drop by around £10m as a result of ‘inadequate’ bookkeeping. This came several days after it revealed issues with the way it recognises historic accrued income, the impairment of trade debtors, and gross margins. It appointed PWC and DLA Piper to carry out an independent investigation into its accounts in November.

Yu is an independent supplier of gas and electricity focused on servicing SME companies in the UK. It has no involvement in the domestic retail market.

It routinely invoices revenue in the first working days following the months in which the consumption of energy takes place. These revenues accrue in the accounts receivable section of its balance sheet.

Revenues not invoiced in this way go into the aged accrued income section. These totalled £4.2m in the firm’s accounts for the year ended 31 December 2017, and £4.3m in its figures for the six months ended 30 June. However, in October, the business discovered that a ‘significant amount’ of its aged accrued income is not recoverable. The change required an adjustment to Yu’s balance sheet, which the company expected initially to lead to a £10m reduction in its profitability compared to market expectations.

In today’s update, the business said the independent review has revealed a further reduction in profitability. This will come in at around £2.75m to £3.25m. As a result, the business forecasts an adjusted loss before tax of between £7.35m and £7.85m for the year ended 31 December 2018. It plans to release a trading update at the end of January to provide further guidance.

The review identified material weaknesses in the way Yu invoices its customers. The firm says it has implemented ‘urgent measures’ to address this. Measures include new policies and procedures around governance and risk management and revised accounting processes. It also reiterated that it has remained in a positive cash position throughout 2018 and continues to have no debt outstanding.

The firm said it is now focused on achieving profitability as soon as possible.

Non-executive chairman Ralph Cohen said: ‘The events of recent weeks have been deeply distressing for the shareholders, directors and for all of the Company’s stakeholders. The Review has confirmed serious historic failures in the systems and processes within the Group’s finance function. These are now being addressed by our new Chief Financial Officer, who is implementing all necessary improvements.

‘It will take time for these measures to produce their full results and for unsatisfactory sales contracts to time-expire. While the task ahead is daunting, I have every confidence that the entire Yu Group team will face it with a determination to achieve the desired results and to restore the fortunes of the Company.’

Yu joins Urals Energy in this month’s growing list of AIM shockers. This week saw Urals announced that Mr S Kononov, the beleaguered chairman of its Russian subsidiary, has purchased a ship with no engine without authorisation.

Kononov has refused to stand down from his role after being accused of making numerous unauthorised loans. He denies the claims vehemently. Indeed, earlier this month, he posted an update to his firm’s website accusing Urals’ board of misleading investors and neglecting their duties. Naturally, the board also refutes these allegations.