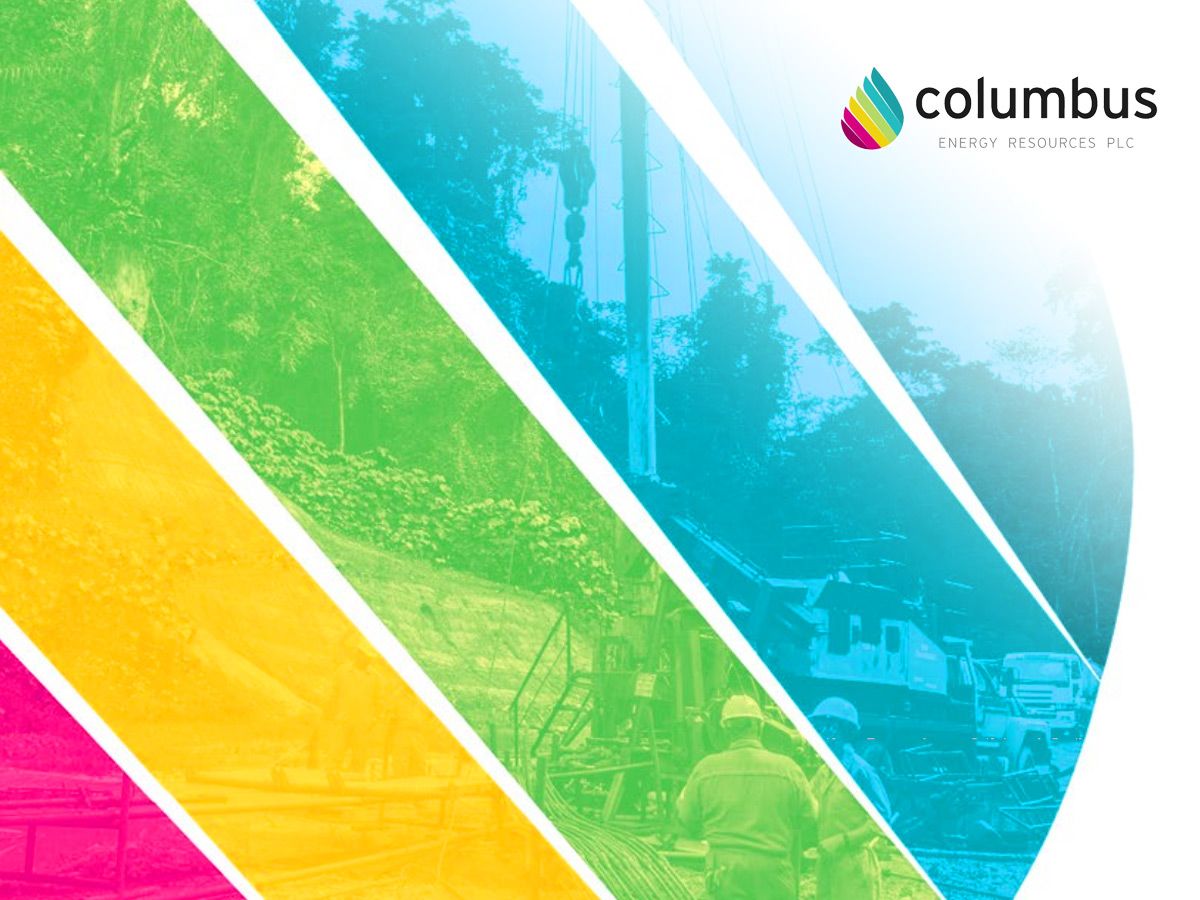 Harsh commodity conditions have seen Columbus Energy (LSE:CERP) fall from 6p to 2.9p over the last 12 months. This comes despite the Trinidad-focused firm enjoying rapid production and M&A progress over the period. This year will see Columbus build on its growth by developing a portfolio of assets that neighbour the world’s largest hydrocarbon basin. Here, executive chairman and industry veteran Leo Koot talks through the next steps in his plan to turn Columbus into a major energy player.

Koot joined Columbus in May 2017 when it was called LGO. He was tasked with reviewing operations to increase production and cash flow after a difficult period. He came on board with decades of experience in the oil and gas industry. This included senior stints overseas at large organisations like MENA Gulf Investment Partners. He was also president of the Abu Dhabi National Energy Company (TAQA Iraq).

More recently, Koot has spent time working in the UK. Notably, he headed up the UK branch of TAQA, which he developed into a several-thousand-employee operation overseeing 60,000bopd of production and $1.7bn of annual turnover.

After spending so long at multi-national and state-backed enterprises, Koot decided it was time to try out the smaller end of the market. He says the opportunity for blockbuster returns was what attracted him to AIM:

‘I have worked at big companies where you can turn something from big to very big. This means you get double or triple your money over three-to-five years. On AIM, a company like Columbus can achieve much greater return multiples than this. For example, since I have been at the firm its market cap has risen from £11m to as much as £30m. Its size has increased threefold despite large amounts of growth potential remaining.’

Columbus’s assets are found in the south-west and south of Trinidad. The developing hydrocarbon region was boosted recently when its state-backed petroleum entity Petrotrin completed a restructure. Notably, it closed its local oil-refinery operations, allowing Columbus to export its oil directly into global markets. This should improve its pricing position.

The enterprise also thinned out its local exploration and production business. Columbus says this increases the availability of skilled local workers. It also expects the move to heighten Trinidad’s reliance on international players like Columbus.

Arguably, the organisation’s most exciting opportunity is its onshore position in Trinidad’s South West Peninsula (SWP). The SWP is close to, and geologically part of, the East Venezuelan Basin. This is the largest hydrocarbon basin in the world. Koot says the opportunity to access the Basin’s offshore-scale potential from an onshore location drew him to Columbus:

‘Trinidad has been producing for a long time. However, the SWP has not. This is because landowners rather than the state own its mineral rights. Oil companies have overlooked these resources as these landowners have not had the resources to market them. This is why our position is so unique. We can access this huge resource, where majors like ExxonMobil are having so much offshore success, from a far-cheaper, onshore location.’

Columbus’s SWP acreage consists of three 100pc-owned licence areas called Bonasse, Icacos and Cedros. The company plans to develop these throughout 2019 and beyond.

Both Bonasse and Icacos are contributing to Columbus’s total average daily production of c.670bopd. However, their output totals a rather meagre rate of less than 30bopd. The firm is trying to boost output through well stimulation and low-cost infill drilling. It is also investigating other oil shows and shallow drilling targets across the fields.

To support this work in the New Year, Columbus carried out a £2.5m placing in October at 3.5p a share. Part of the proceeds will go towards upgrading facilities in both fields. It hopes this will speed up oil production growth and sales.

Another portion will support a programme of exploration across the three SWP licences. According to Columbus, production at Bonasse and Icacos indicates a working petroleum system. With just a few wells in place, it considers the area to be under-explored and highly prospective.

All-in-all, Koot says this exploration potential is what excited him the most about Columbus’s SWP acreage. Company interpretations have unearthed twelve prospects with volumes of between 20-400MMbbls in place (for each prospect). Koot plans to drill between two and three wells targeting shallower prospects for $2-4m each. He expects the first of these to spud in H2 2019.

‘We have a good set of data, with 3D seismic, gravity and geochemistry,’ says Koot. ‘If one of the larger prospects with hundreds of thousands of barrels of oil in place comes in and we assume between 15-20pc recovery then we will have transformed the business. Columbus will no longer trade in the tens of millions; it will trade in the hundreds of millions.’

Alongside its acreage in the SWP, Columbus holds several leases in southern Trinidad.

These assets include a mature oilfield called Goudron. Here, Columbus has been working to increase well production through operational techniques like water injection. It achieved mixed results last year, and shares dropped on several occasions when output disappointed. However, Columbus remains confident that it can eventually deliver more than 3,000bopd of production at Goudron. To do this, it has begun applying advanced techniques like waterflooding.

Columbus also owns producing fields called Innis-Trinity and South Erin, and a development project called Cory Moruga. It took on all three of these assets in July when it agreed to buy a business called Steeldrum Oil.

Innis-Trinity and South Erin added around 250bopd to Columbus’s total production portfolio. With remaining reserves across both fields hitting more than 5MMbbls, it plans to increase productivity through similar stimulation techniques used elsewhere in its portfolio.

Meanwhile, Cory Moruga offers recoverable reserves of around 1.1MMbbls oil. It contains a discovery called Snowcap, where a well called Snowcap-1 has produced 11,400bbls of oil through testing. Columbus has been bringing Snowcap-1 online using existing cash resources since completing the Steeldrum purchase in October. In January, it announced initial oil production of 70bopd following the safe and successful appraisal of Snowcap-1 and another well called Snowcap-2.

Beyond Snowcap, another portion of October’s placing proceeds will be used to fund further development of the Cory Moruga project.

Since joining Columbus, Koot has overseen considerable operational progress. Production has increased by multiples despite being hampered by extreme weather conditions in the final quarter of 2018, an issue out of the company’s hands. Meanwhile, legacy issues have largely been cleared and operations are now cashflow positive, delivering $370,000 in Q4 2018.

Koot says his primary focus is now on creating value through production and M&A growth. His ultimate goal is for Columbus to have a market cap of at least £500m. At this point, he says it will have become a ‘material business’.

‘At this size, it will be mission accomplished, and we will start to look at finding an exit for shareholders,’ he adds. ‘We will be a desirable target because we will have a solid foundation while still offering that unique onshore access to the East Venezuelan Basin through our acreage on the SWP.’

So, how does he expect to achieve this?

The first step will be enhancing portfolio-wide production. As mentioned, this involves stimulating existing wells and bringing others online. Columbus expects this to take its market cap to £50-75m.

Much of the remaining growth will come from a combination of exploration, M&A, and expansion. Indeed, Koot says that the company’s maturing SWP targets could add billions of barrels to its reserves. Meanwhile, he says Columbus is working through a pipeline of acquisitions. He adds that these are not limited to Trinidad:

‘The expertise we are building in Trinidad in onshore recovery and production means we are well placed to expand and diversify our operations into other South American territories. This will represent a step change in growth and production levels. Starting next year, we aim to complete at least one big M&A deal.’

These plans may be ambitious, but Columbus is keen to ensure growth does not come too rapidly. Indeed, Koot says the business always aims to generate enough oil to cover its costs. Any free cash is then used to fund growth. This came in at $2.6m as at 31 December 2018, with a further $480,000 held in restricted cash.

The firm is also simplifying and strengthening its balance sheet. For example, it used another portion of October’s placing proceeds to repay a $1.25m loan facility to North Energy Capital. As of the end of 2018, debt sat at $400,000, down from $480,000 at the end of September.

All this progress has also seen Columbus secure a significant bank of institutional support. Indeed, high profile backers include Schroders (14.1pc of 8 November) and Burggraben Holdings.

Columbus’s fundamentals currently look strong following steady progress last year. Through exploration and production growth in the SWP and work elsewhere, they could look even more robust in 12 months.

A lot of recent weakness appears to have stemmed from market conditions rather than bad news. Columbus’s £23.9m market cap could, therefore, present a chance to get cheap exposure to an ambitious business with strong leadership and a unique position in the East Venezuelan Basin.