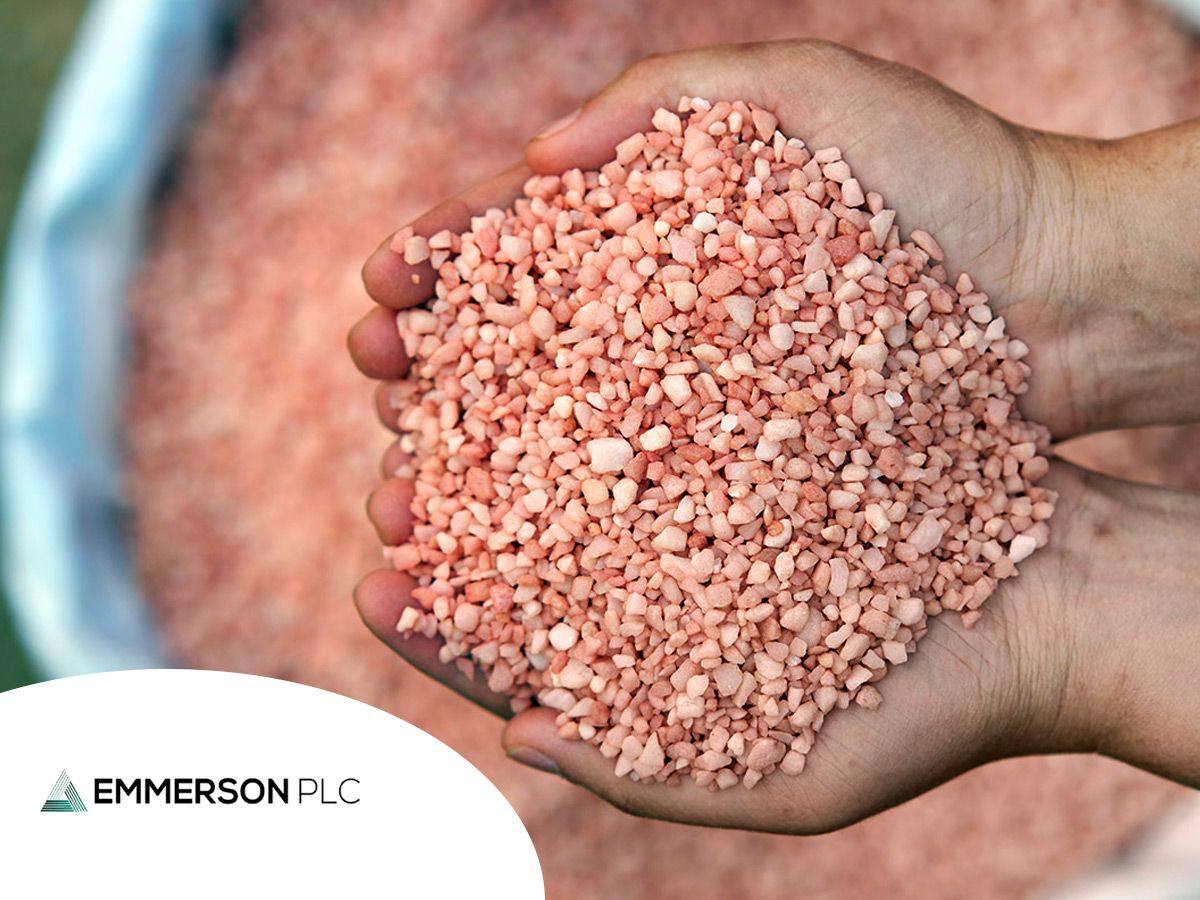 Emmerson (LSE:EML) sat at 2.9p on Tuesday after launching an environmental and social impact assessment (ESIA) baseline study for its flagship potash project in Morocco. The work forms the first step towards a detailed ESIA that will be delivered to Morocco’s Ministry of Mines in a bid to convert Khemisset’s exploration permits into a mining licence.

The news follows a recently released scoping study for the project that showed that Khemisset could be among the lowest capital costs potash projects in the world. The study found that the site could deliver EBITDA margins of more than 60pc over a minimum mine life of 20 years. It also highlighted strong economics even at low potash prices. This includes an NPV(10) of more than $1.1bn using industry expert Argus FMB’s potash price forecasts.

Assuming that potash prices remain flat from the release of the scoping study, this NPV(10) comes in at $795m with an internal rate of return of 29.8pc over 20 years. Emmerson based the study around an average annual extraction rate of 6MMts of ore with an average grade of 9.35pc potassium oxide.

In Tuesday’s update, Emmerson said it is committed to developing Khemisset under the world’s highest environmental standards. In line with this, the ESIA will be structured and executed to adhere to IFC Performance Standards and the Equator Principles. These act as guidelines for best practice in terms of environmental and stakeholder risk management. Emmerson said they are generally required by debt financing institutions to achieve financial close.

Emmerson has appointed Morocco-headquartered business Phénixa S.A.R.L to carry out the baseline study. It said Phénixa has a strong track record of delivering ESIAs that can support both approvals under the Moroccan regulatory framework and international financing requirements.

The work will assess Khemisset’s impact on its surrounding area and will look at aspects like land uses, soil types, climate, surface water, and archaeology.

Emmerson’s chief executive Hayden Locke said: ‘Commencing the environmental baseline studies represents a further development milestone at the Khemmiset project. The ESIA will be the key document underpinning our application for a Mining Licence for the Khemisset Project. We are using local consultants with extensive in country experience, having been involved in some of the largest projects in Morocco including recently delivering an ESIA and Environmental and Social Monitoring programs to support an application for a Mining Licence.’

Speaking to ValueTheMarkets, Locke added that the accelerated development of Khemisset will be the firm’s primary focus this year.

‘As a company, we have committed ourselves to the highest environmental and social standards, including maintaining good engagement with local stakeholders and identifying and managing environmental risks,’ he said. ‘The potential of the Khemisset potash project is very exciting. Our scoping study confirmed it to be world class – amongst the three lowest capital cost projects globally with exceptionally high EBIDTA margins. It is rare for a junior company to be holding an asset of this quality and strategic value, and the work that we are undertaking this year, including the ESIA baseline study, will move us closer towards realising the project’s true value for our stakeholders.’

Emmerson re-listed in June last year with a fresh focus on the fertiliser market. According to the UN, the world will need to produce 70pc more food by 2050 to feed its growing population. However, the amount of arable land available per capita is expected to drop by 15pc over the same period. Alongside this, the organisation believes that the global middle class will grow by 76pc between 2015 and 2030. This is expected to lead to higher calorie diets and increasing yield demand from soil.

The business believes these dynamics will lead to a surge in fertiliser use going forward. As such, it is aiming to get early exposure to the commodity.