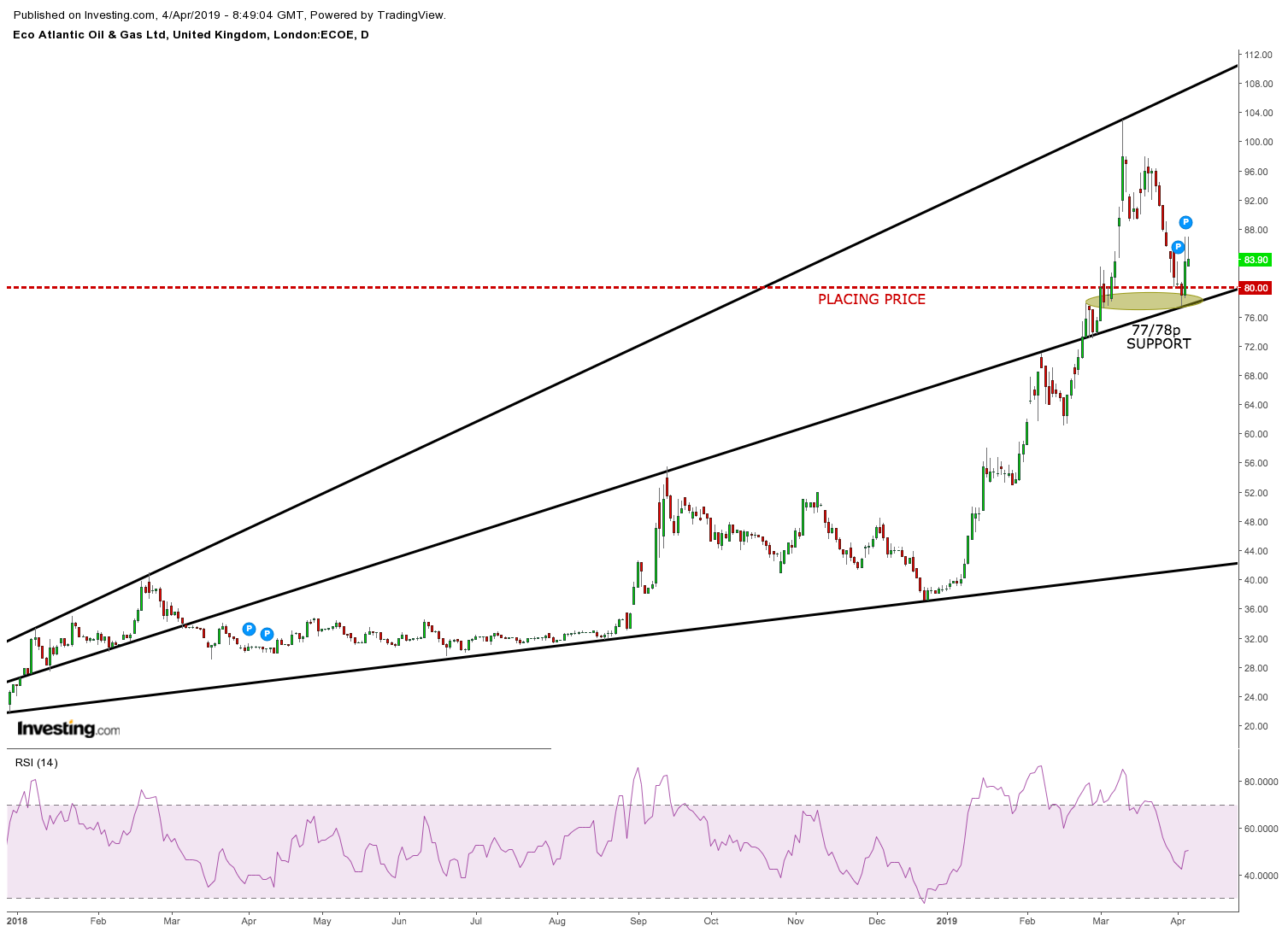 Eco Atlantic Oil and Gas (LSE:ECO) has raised $17m in a placing at 80p. With a strong cash balance and the share price recently finding support around the 77/78p area, is the stock a buy today at 83p?

The raise was conducted with minimal discount to yesterday’s closing price of 83.5p. President and CEO of Eco, Gil Holzman, said the placees were ‘new and existing institutional shareholders’ and that the fundraise was oversubscribed. The lack of discount reduces the likelihood of an immediate barrage of selling into the market, and with Eco’s current Market Cap around £137m, dilution is only around 10pc.

Dilution is more than compensated for by the potential opportunities that lay ahead.

Eco says the cash injection will fund its share of drilling costs for as many as four new exploration or development wells. That’s in addition to the existing schedule drills of the Jethro and Joe wells. It all kicks off soon too, with drilling commencing in two months’ time.

Eco’s share price has enjoyed exceptional growth over the past few months, almost tripling from a December low of 37p, reaching a high of almost 103p by March. With such a meteoric rise, its unsurprising a pullback ensued as some holders took profit.

When a stock enjoys such a sharp climb, significant levels of support often fail to be established.  A recent bounce off 77.5p which coincided with a previous brief stint of consolidation is the best we have at the moment. However the stock chart has been conforming to a fan pattern, and there’s a clear additional diagonal line of support running from early 2018.

Once the dust settles from the placing, a trade from these levels could prove fruitful as anticipation builds into that first drill. An obvious stop loss level presents itself below the 77/78p support zone.