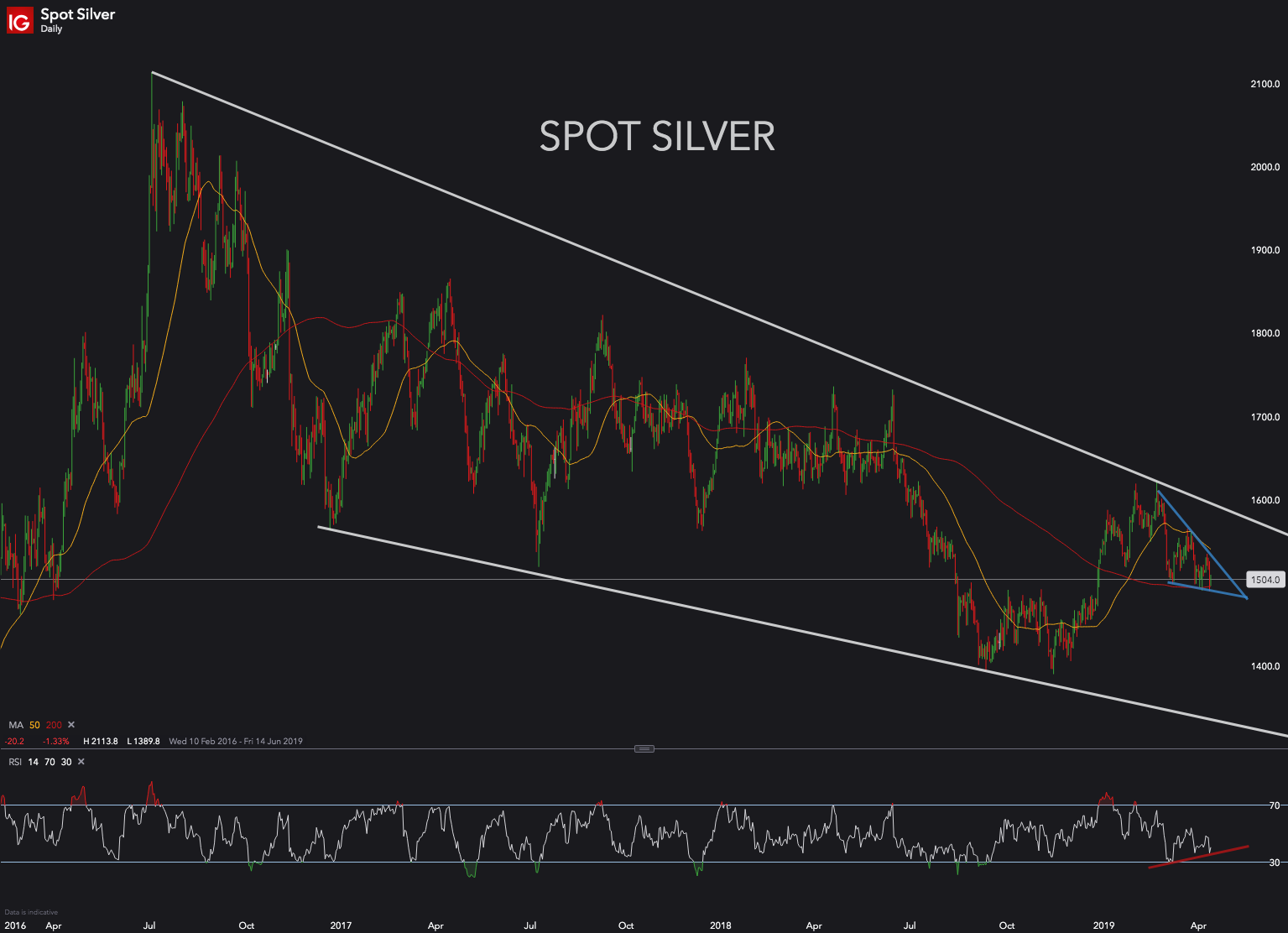 Silver has been in a negative downtrend since its all-time highs of $4980 back in 2011. The metal recent burst of positive sentiment was a climb to $2110 in the first half of 2016 having hit lows of $1365 at the end of 2015. Last year those lows were re-tested and support held.  In fact, the price action since has mirrored that of three years ago. Silver is once again sitting proudly above its 200 day moving average (DMA) with a recent crossing of the 200 DMA by the 50 DMA – called a Golden Cross – adding bullish intent. Another construct to note is the coiling up of the price over the past couple of months forming a Falling Wedge pattern (blue). This sits within a longer-term wedge pattern (white) originating from the highs of 2016.

With commodities, particularly metals, showing signs of a revival, Silver could be poised to make a move north. The first indicator will be a break out of the current wedge (blue) which should see the metal climb to the top of the longer-term (white) wedge. Inevitably resistance will be strong there, but success in cracking the $1600 level could herald the start of a significant bullish move for Silver.