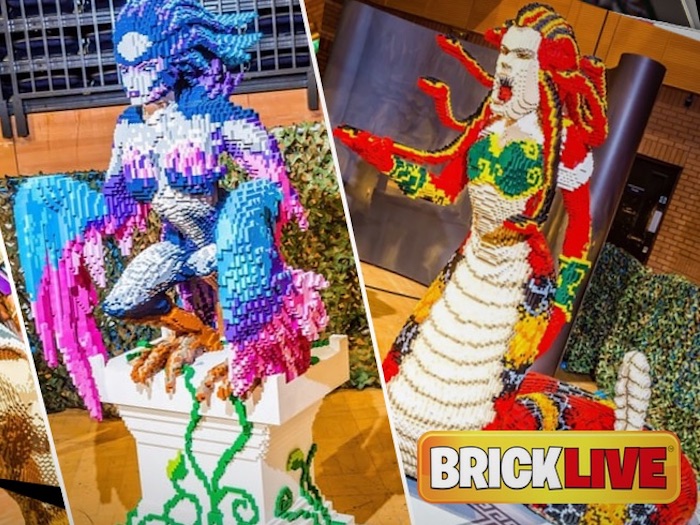 Children’s education and entertainment firm, Live Company Group (LSE:LVCG) announced on Tuesday that it has entered into an agreement with Brick Live Centre Education Development (Beijing) to provide six dinosaur themed models. The models will be exhibited in the New Yansha Mall, one of Beijing’s largest shopping centres. Live company is already touring China with its ‘Bricklive Animal Paradise’ exhibition, taking in 20 cities over the next three years.  The firm’s ‘Bricklive’ concept is an interactive experience based around the ever-popular LEGO bricks.

Live Company attended the Touring Exhibitions Meeting in Germany last week. It’s partner for the territory, AWC AG, were key sponsors of the event which provided a strong platform for the company to showcase the Bricklive brand.

As well as the UK, Live Group has enjoyed success with Bricklive shows and exhibitions in the US, Brazil, Argentina, South Korea, Japan, Germany, Switzerland and Monaco.  Last month the company revealed it has signed a licence agreement with the Royal Zoological Society of Scotland to exhibit ‘Bricklive Ocean’ at Edinburgh Zoo. The concept is the latest addition to the Bricklive touring assets and will feature life sized brick models of sea creatures including a Killer Whale, Dolphin and Hammerhead Shark. The exhibit will run for two months from 6 July and further highlights the demand for Live Company’s themed tours in zoos.

David Ciclitira, the Group’s Executive Chairman, commented: “We were delighted to attend the prestigious Touring Exhibition Meeting with AWC, where we presented and promoted the BRICKLIVE brand to partners around the world.  We were extremely encouraged with the positive responses to the BRICKLIVE brand which I firmly believe is a valuable global children’s education and entertainment brand.

Following the success of our smaller tours at shopping centres and key tourist attractions across the UK, I’m delighted that our dinosaur models will now be showcased in China at one of the largest shopping centres in Beijing, reconfirming our investment strategy in our touring assets.”