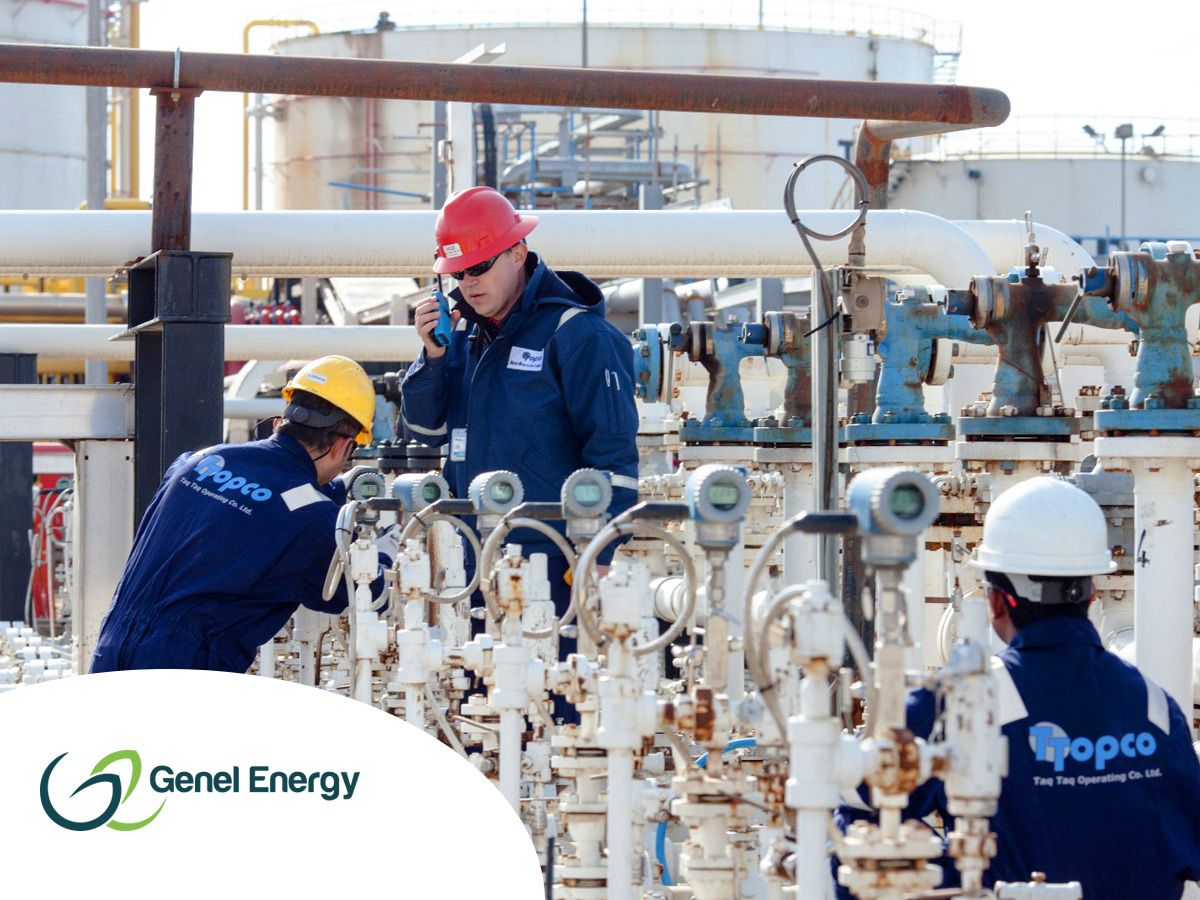 Kurdistan-focused oil and gas firm Genel Energy (LSE:GENL) was down 1.2pc to 209p in midday trading on Wednesday despite reporting increased output across its part-owned Tawke production sharing contract (PSC).

In an update, the business said gross production across its 25pc-held licence averaged 126,759bopd in the first quarter of 2019. This marks a significant jump on the 113,041bopd average output achieved across the licence for the whole of 2018, as revealed in February.

The Tawke licence comprises two fields called Tawke and Peshkabir, where an active 2019 drilling campaign is currently underway. This will see the licence partners drill up to four Peshkabir wells and up to 14 Tawke wells to increase production.

In Q1, Genel said output at the Tawke field currently averages c.73,000bopd, a slight decrease on the 74,000bopd the area was averaging in January this year. Meanwhile, production at Peshkabir currently averages c.54,000bopd, in line with its average for January. Genel added that the field has now generated $1bn in gross revenues – four times the amount spent to date on bringing it into production.

Elsewhere, Genel delivered an update on the progress of its drilling programme throughout 2019 so far. The Peshkabir-9 well was completed and placed on production during the first quarter while the Peshkabir-10 well was spud in February and will come onstream shortly. Another well called Peshkabir-11 will spud later in May.

Wednesday’s update comes off the back of a busy period for Genel, which classifies itself as the largest holder of reserves and resources in the Kurdistan region of Iraq. In January, the business enjoyed a welcome boost after announcing that it had purchased positions in the Kurdistan’s Chevron-operated Sarta and Qara Dagh blocks. The purchase was approved by the region’s government one month later.

Then, last month, the organisation announced that output at its 44pc owned Taq Taq field had hit 15,500bopd following the successful testing of a well called TT-20z. Alongside this, another well called TT-32 entered into production at an initial flow rate of 3,100 bopd in February. The company is now planning to drill a further three wells on the flanks of the field, anticipating expenditure of $100m in the area this year.

As we previously noted, Genel’s operating expenditure for 2019 is forecast to be around $30m, which puts it in the enviable position of being able to generate positive free cash flow at oil prices of $20/bbl and above.

The firm has gone from strength to strength over the past couple of years and has been adding to its asset base in the Kurdistan Region of Iraq. Earlier this year Genel announced the acquisition of stakes in the Chevron-operated Sarta and Qara Dagh blocks. Genel will acquire 30pc of the Sarta license, which includes the Sarta-2 and Sarta-3 wells. Both wells have been tested at rates of around 7,500bopd and will be put on production. Meanwhile, it will take on operatorship and a 40pc at Qara Dagh. It plans is to drill the Qara Dagh-2 well at the appraisal licence sometime next year.