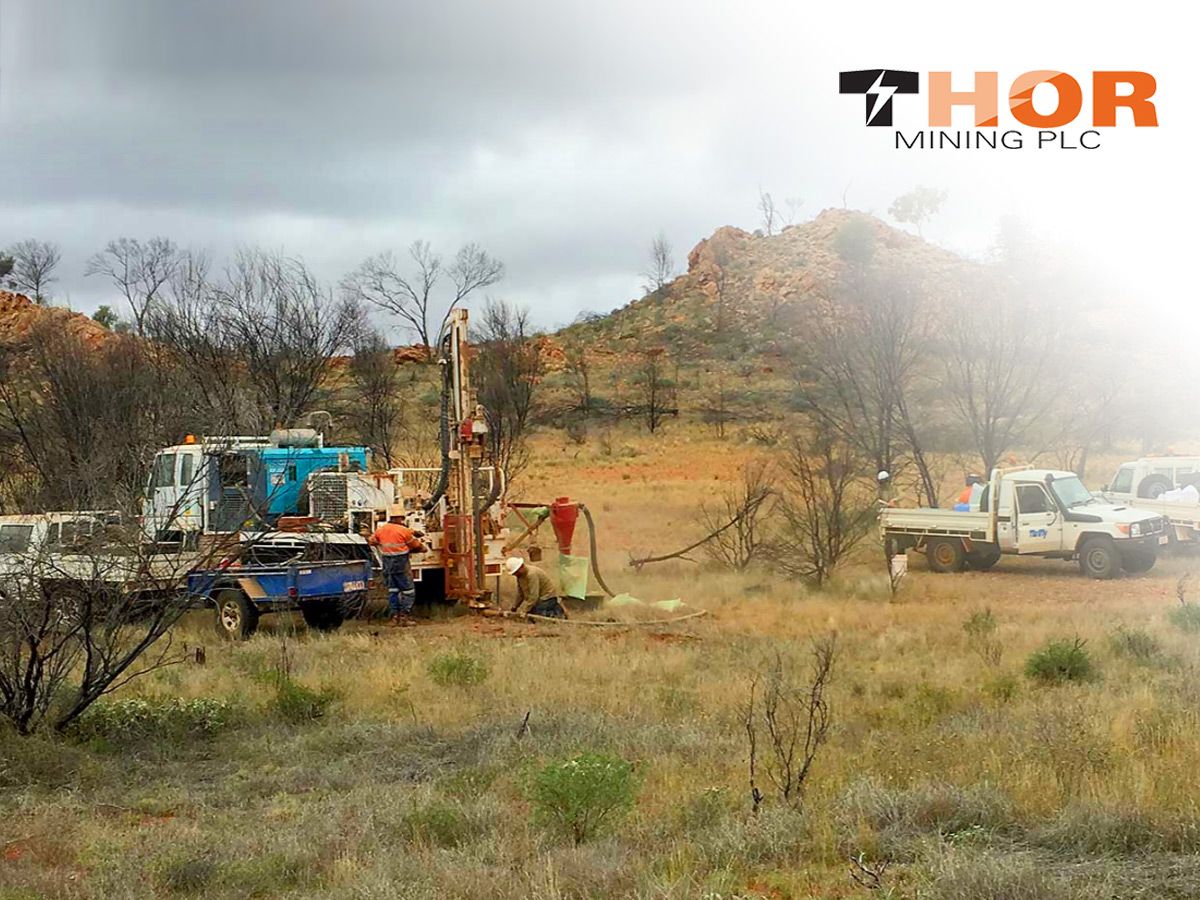 The drilling campaign consisted of around 2,500 metres of Reverse Circulation (RC) drilling at a number of targets including the Samarkand, Jericho, White Violet, and Tashkent deposits. Thor released Interim results obtained by portable x-ray fluorescence (XRF) determination at the end of April, heralding them as “substantially better than expectations”. The laboratory assays corroborate the firm’s initial findings with Mick Billing, Executive Chairman of Thor Mining, commenting:

“It is exciting to have confirmation of very good tungsten results along with exciting copper readings from the White Violet and Samarkand deposits at Bonya.”

“These robust, near surface tungsten and copper mineralisation occurrences have significant growth potential and the joint venture will now target near term drilling to both test the extent of the deposits and facilitate reportable mineral resource estimates.

“The proposed Molyhil processing facility is designed to extract copper as well as tungsten and molybdenum so any primary copper at Bonya can potentially be extracted at minimal additional cost.”

“In the event that follow up drilling leads to the definition of mineral resource estimates, there is potential to add materially to both the life and financial outcomes at the Company’s Molyhil project”

Thor holds a 40pc interest in Bonya via a joint venture with ASX-listed Arafura Resources (ASX:ARU). The deposits lie around 30km east of Thor’s 100pc owned Molyhil tungsten project which Thor is developing towards commercial production. The firm completed an updated Definitive Feasibility Study for the project back in August and is now focused on securing project finance to bring Molyhil into production. Thor has been in advanced discussions with a number of potential partners regarding potential off-take, joint venture and debt financing arrangements.

The exciting copper results add further potential for Bonya which is well positioned to be a satellite resource for Molyhil. In an interview with the MiningMaven podcast earlier this month, Mick Billing mentioned the potential to bring copper back into the resource.

MiningMaven recently compiled a company report detailing how Thor’s exposure to the new copper vehicle EnviroCopper could represent a ‘fascinating opportunity’ for investors.