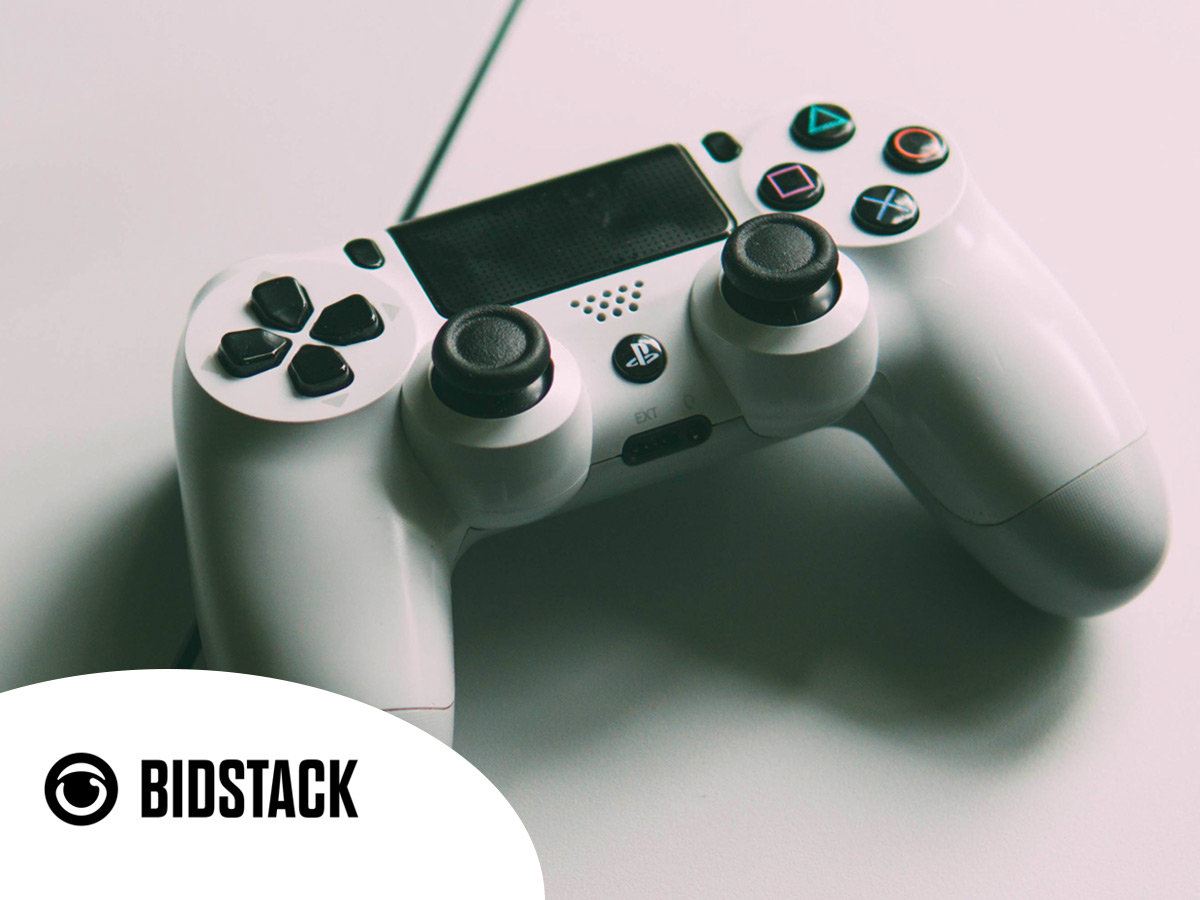 Bidstack Group (LSE:BIDS) has been one of the darlings of AIM so far this year, enjoying a meteoric rise from around 4.5p in January to an intraday high of 42p last month. And it’s no wonder why; blending unobtrusive adverts into video games is set to revolutionise the gaming industry.

Just as services such as Spotify utilise a combination of subscription and advertising to generate revenues, it’s logical video games should incorporate in-game advertising. The fact an advert could be anything from a virtual billboard in an open-world game to a video banner by the edge of the pitch in a football match simulation makes it possible to place targeted adverts in front of players with no effect on gameplay.

Gamers have played online for some time, but like music and video entertainment before it, the future of video game delivery is streaming and Bidstack is also focussing on this relatively new shift for the industry.

The gaming industry is almost on a par with Hollywood, with the largest selling game, GTA-V hitting $2.2bn in worldwide sales compared with the largest worldwide grossing movie, Avatar which generated $2.7bn at the box office. Note, that doesn’t include DVD, blue ray sales or broadcasting income, but you get the picture; the potential revenues that could be generated from in-game advertising are huge, particularly when you consider the potential of virtual reality moving forward.

At the current share price of 31p, Bidstack is valued at around £75m. That’s a plentiful valuation for a company without a clear view of revenue numbers, but if Bidstack can successfully build and retain a first mover advantage in this new branch of the sector, it could prove to be justified. The company appears to be doing everything it can to give it the best chance, having already made a number of high-profile appointments boasting senior experience at companies like Disney, Spotify, and Sega.

Today Bidstack has announced it has appointed Derek Wise as a Non-Executive Director. Derek is a highly experienced software technologist who was previously the Chief Technology Officer of Grapeshot. At the firm, David took over software development, product, support and operations globally to reorganize and grow the group. Within 12 months of him joining, Grapeshot’s revenues grew by 160pc and the team expanded from 120 to over 250 personnel. Bidstack highlights that David was responsible for pitching Grapeshot to Oracle who subsequently acquired Grapeshot in August 2018 for an estimated $400m.

Clear visible revenue growth is essential if Bidstack is to swiftly justify and build on its current valuation and this appointment certainly appears to be targeting that goal.

James Draper, CEO of Bidstack, commented, “Given the attractiveness of our technical offering we have been looking to add a Board member who has had experience of building and scaling borderless enterprise technology which has then been acquired by a major Silicon Valley player.

“Derek’s technical background at the highest level of gaming, coupled with his intimate knowledge of the contextual understanding of data, is a perfect blend for us and his work as CTO of Grapeshot eventually led to the its acquisition by Oracle.

“Derek has already been a fantastic sounding wall for our management team and I’m sure that his insight will help Bidstack to accelerate our growth further over the coming years.”