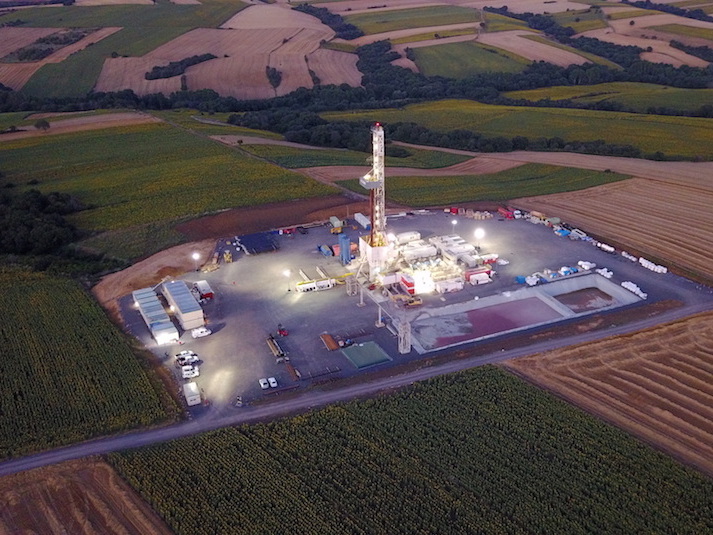 Last month saw Canadian oil and gas player Valeura (LSE:VLU) announce that it had launched a critical testing phase for its major 10.1Tcf unconventional prospect in Turkey alongside major partner Equinor. Despite marking a significant development in the company’s strategy, the news went somewhat un-noticed by investors in the UK – where Valeura listed in April – with shares sitting flat throughout the day’s trading. With ‘continuous newsflow’ now expected over the coming months, we caught up with Valeura’s president and CEO Sean Guest to hear why he believes the firm’s current 140p share price could soon look very cheap.

Established in 2010, Valeura is a Canada-based organisation focused on the exploration, development, and production of petroleum and natural gas in Turkey. The business currently owns stakes in 20 production leases and exploration licences in the country’s Thrace Basin, where it is working to grow its resource base and production.

Valeura’s land is split between shallow rights, which cover 373,588 net acres, and deep rights, which span 255,662 net acres. The company also operates a local network of gas processing facilities and sales lines to support the direct marketing of natural gas to end user.

‘Turkey’s gas demand is growing faster than GDP as it becomes the energy source of choice. With the country currently importing around 98pc of its gas, the government has continued to adjust the gas price internally in Turkey to represent what is going on in EU gas prices and changes in the exchange rate with the Turkish Lira.

‘Natural gas price realisations are strong in Turkey and currently are about double those available in North America. This creates a huge opportunity for us as a producing firm operating in the country.’

However, alongside its major farm-in partner Equinor, the business has spent the last few years testing the potential of its acreage’s deep, unconventional formations. These efforts began in 2017 with the drilling of a well called Yamalik-1 to a depth c.4,200m. The well encountered a 1300m interval of highly over-pressured gas-bearing sands, indicating the presence of what is known as a basin-centred gas accumulation (BCGA) play.

For reference, BCGA plays make up to 15pc of total US gas production and are formed from basin-centred accumulations trapped in low-permeability rock. Shortly after Yamalik-1 was drilled, an independent evaluation by DeGolyer and MacNaughton attributed an astonishing prospective resource of up to 10.1Tcf to the BCGA play with a 51pc chance of commerciality.

Following this, Valeura re-completed Yamalik-1, connecting it to its gas gathering infrastructure, before beginning deep appraisal drilling with the spudding of another two wells called Inanli-1 and Devepinar-1. Collectively, the wells demonstrated the presence of high-pressure gas across the basin down to c.5,000m and increased Valeura’s confidence in the BCGA play’s potential.

With three wells now drilled, Valeura has now got to work on a zone-by-zone stimulation and production testing programme over the BCGA play. The objective of this work, which is fully funded by the firm’s existing $56.1m cash balance, is to attain sustainable gas production rates and to ascertain the properties of the gas and condensate from each target zone.

In its most recent results, Valeura said it intends to stimulate and test a minimum of eight separate intervals across its three wells, potentially increasing this to 12 in a success case. The business added that demonstrating sustained flow from just one zone would increase significantly its chance of developing the BCGA play commercially.

Valeura’s programme began towards the end of last month when the business announced that it had begun reservoir stimulation and testing operations at Inanli-1. It intends to test a minimum of four zones at the well before commencing testing at Devepinar-1 – its next target. The deepest zones will be evaluated first, with testing progressing gradually up the well to shallower zones.

Rather than designing its programme to maximise flow rates, Guest told us that Valeura is aiming to optimise data capture. This will allow the company to identify zones that provide the potential for future commercial flows with the aid of horizontal and vertical wells.

‘It is going to be a lot of work to see how all the different zones perform. It is about demonstrating that the large volumes of gas we know to be present can be flowed commercially, and finding out what can be recoverable,’ he added. ‘It is an extremely exciting time. We are entering that testing period now so it will be continuous newsflow over the next three to six months of testing.’

With so much newsflow on the horizon, Guest told us that he expects the programme to present an excellent opportunity for a re-rating of Valeura’s current share price and c.$189m market cap.

‘Given our existing cash balance and existing conventional production, the market is ascribing little value to our unconventional upside given its scale. As such, it is all the more important that we get to work on testing this thing and showing that it is commercial. This is what will trigger multiple returns. Everything is fully funded, so there are really no barriers to stop us our progress in this period.’