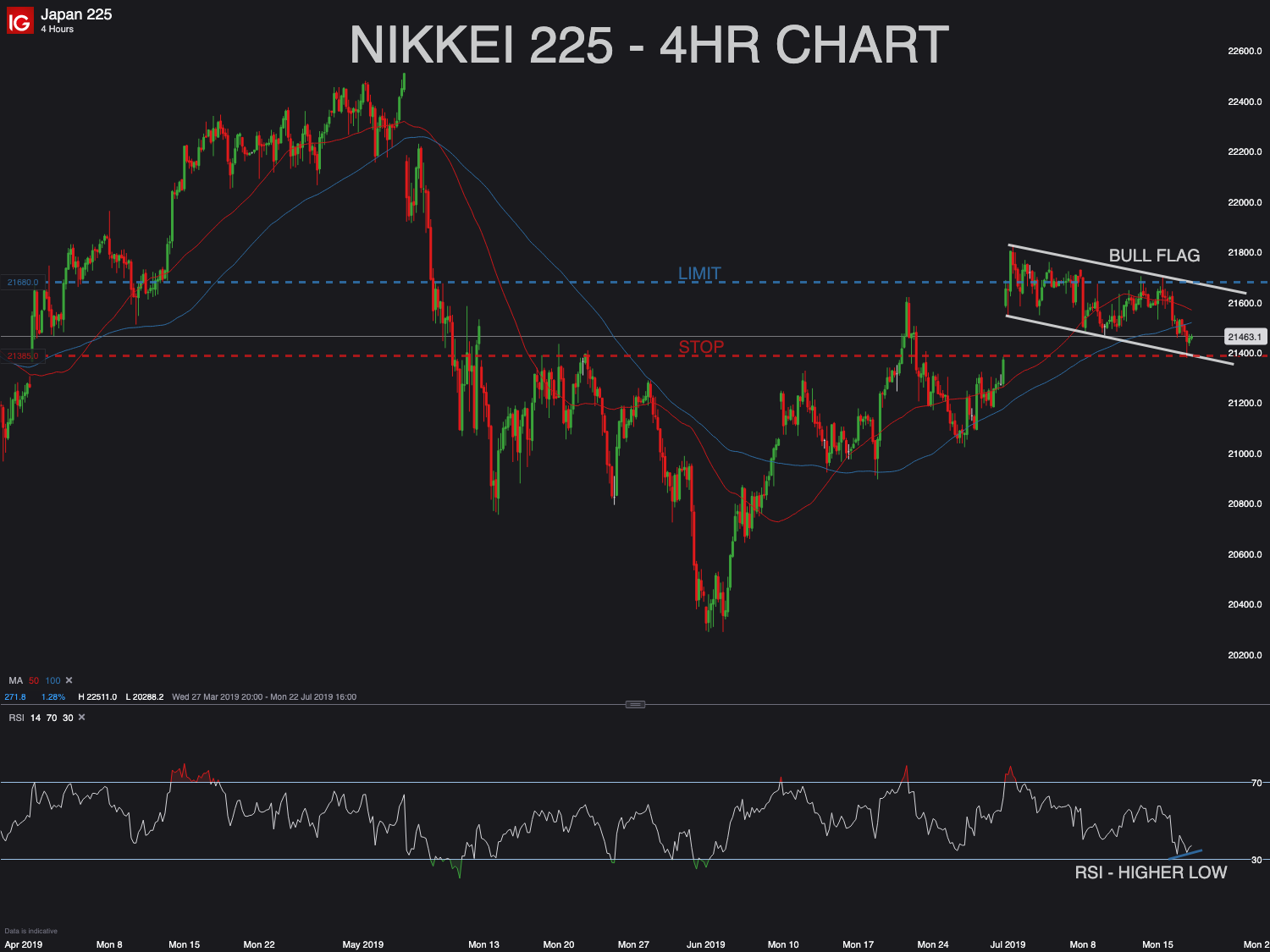 The Japanese Nikkei 225 index has been retracing through July since peaking at 21800 earlier in the month. That followed a bounce from lows of around 20300 in early June. Price action has just tested the base of a bull flag formed since the July high, with a decent rejection of 21385.