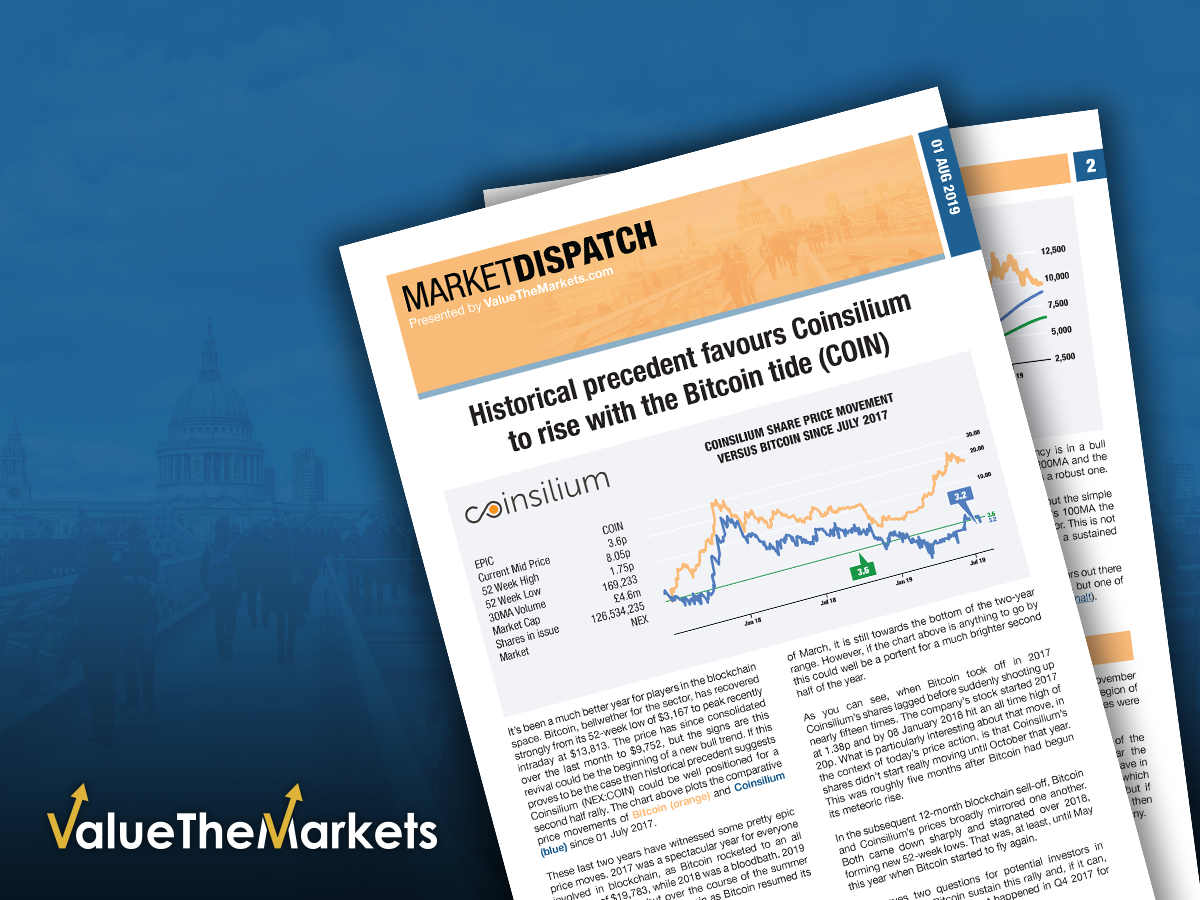 It has been a much better year for players in the blockchain space. Bitcoin, bellwether for the sector, has recovered strongly from its 52-week low of $3,167 to peak recently intraday at $13,813. The price has since consolidated over the last month to $9,752, but the signs are this revival could be the beginning of a new bull trend. If this proves to be the case then historical precedent suggests Coinsilium (NEX:COIN) could be well positioned for a second half rally.

As the graph above shows, when Bitcoin took off in 2017 Coinsilium’s shares lagged before suddenly shooting up nearly fifteen times. The company’s stock started 2017 at 1.38p and by 08 January 2018 hit an all-time high of 20p.

What is particularly interesting about that move, in the context of today’s price action, is that Coinsilium’s shares didn’t start really moving until October that year. This was roughly five months after Bitcoin had begun its meteoric rise. This leaves two questions for potential investors in Coinsilium. Can Bitcoin sustain this rally and, if it can, will we see a repeat of what happened in Q4 2017 for Coinsilium’s stock?