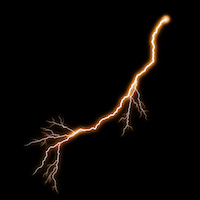 Aero-engine group Rolls-Royce (LSE:RR) was trading down by more than 2.5pc at 794.2p on Tuesday after revealing a large cash drain over the first half of 2019. But with the FTSE 100 group expecting a ‘significant improvement’ to its cash balance throughout the remainder of the year, could its recent sell-off present a buying opportunity?

In its results, Rolls Royce revealed a £429m cash outflow in H1 2019, down from a £72m outflow for the same period last year. This stemmed from higher in-service cash costs for its Trent 1000 engines – which power Boeing’s 787 Dreamliner – as well as increased inventory levels in its civil aerospace and power systems.

Meanwhile, revenues for the year to end-June rose 7pc to £7.35bn, underlying operating profit increased by 32pc to £203m, and reported statutory pre-tax losses narrowed year-on-year in H1 to £791m from £1.2bn. Elsewhere, earnings per share showed a 1.6p loss, down from 2.5p in the same period a year before and reported group cash sat at £508m net.

Perhaps the most interesting point, however, came from chief executive Warren East, who said that Rolls Royce is expecting a ‘significant improvement in cash in the second half’. This is expected to come as the company unwinds inventory built up to support customer deliveries and benefit from improved trading in both power systems and civil aerospace.

‘In Civil Aerospace we delivered on key drivers of future cash flow with further improvement in average OE unit losses and continued aftermarket growth,’ added East. ‘Defence grew both revenue and profit and enjoyed substantial order intake. In Power Systems we also saw good revenue growth and order intake and entered the second half underpinned by a healthy backlog.’

Putting aside Tuesday’s minor decline, Rolls Royce has suffered a considerable selloff recently, falling from 891.2p to 794.2p since the end of July. This decline has impacted many UK businesses, with the FTSE – and indeed indices around the world – plummeting as US-China trade tensions continue to push investors into ‘safe-haven’ assets like gold. If these tensions cool and markets begin to stage a sentiment-driven bull-run later this year, then those companies that are outperforming will be likely to enjoy an extra boost.

This is where East’s use of the word ‘significant’ becomes, erm, significant. If Rolls Royce can demonstrate a huge improvement in its cash balance, and in turn its performance, then it could easily outperform its peers on the FTSE 100. If this were to occur, then its current share price – which is sitting at an eight-month low – could soon look very cheap.