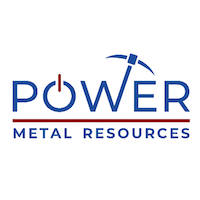 Power Metal Resources (LSE:POW) rose 3.2pc to 0.49p on Thursday after revealing that its Cameroon project shares a similar geology to Nkamouna- the world’s largest defined cobalt resource outside of the DRC. The business purchased four licences adjacent or near to Nkamouna – a cobalt-nickel deposit owned by Geovic Mining – last year.

In Thursday’s update, Power Metal said initial findings from recently-completed pitting, mapping, and sampling programmes have confirmed that its land shares ‘certain differentiating features’ with Nkamouna. This includes a high cobalt to nickel ratio and cobalt mineralisation that tends to occur relatively high in lithology profiles containing little accompanying nickel. Likewise, XRF testing of samples identified anomalous cobalt across all of the pits tested on Power Metal’s licence areas, with samples grading up to 1m at 0.23pc cobalt – in line with Nkamouna grades.

XRF testing also identified precious metals in samples – something that Power Metal said was unexpected as Geovic had not referred to them in their results at Nkamouna. However, the business added that a technical review has confirmed that these metals may not be anomalous because of the nature of the geological system encountered. Power Metal is now continuing to complete a review of its results and plans to submit samples for full laboratory assay tests to validate the findings identified.

Geovic holds seven lateritic plateaus in its 1,250km2 permit area, of which Nkamouna and Mada have been explored. The 4km-by-2km Nkamouna deposit is the most defined and is believed to be the largest defined cobalt resource outside the Democratic Republic of the Congo. According to Power Metal, it is also ‘exceptional among laterites for its high cobalt to nickel ratio’.

Power Metal holds nearly 2,000km2 containing several potentially similar plateaus. With this in mind, the company’s executive director Paul Johnson called the initial findings ‘highly significant’, adding that they demonstrate the potential for a new cobalt district within which the firm’s project is positioned.

‘We consider this programme to have been successful in demonstrating that our project, in the key respects, has similar geology as at the large scale Nkamouna cobalt deposit, our neighbour,’ he said. ‘The identification of precious metals in numerous samples was initially surprising and we are taking care to fully investigate this, including assay testing, before we conclude. The results of this exploration programme have exceeded our expectations and affirms the Company’s Cameroon project as a very important strategic project for the company.’

In an accompanying tweet, Johnson added that the news represented ‘a big leap forward for the company’.

The news comes just days after Power Metal announced that ground geophysics has completed at its part-owned Molopo Farms Complex (MFC) project in Botswana. The work was completed by Kalahari Key and will be used to design a drilling programme at the nickel, copper, and platinum group metals (PGM) asset.

In total 11 loops were conducted on 10 of the best target areas for nickel and PGM mineralisation identified in a recent helicopter-supported, high-resolution electromagnetic survey. The data collected is now being interpreted to identify top priority drill targets by the end of August.

The MFC project consists of three exploration licences spanning 2,725km2 in southern Botswana. Kalahari Key’s primary target is nickel and platinum mineralisation in the geophysically-delineated, major shear/feeder zone through the centre of the project. The business will also seek to identify massive or disseminated nickel sulphide deposits at the base of, or within the ultramafic zone of the MFC moving forward.

Alongside its geophysics work, Kalahari Key is preparing relevant environmental submissions for MFC as required in Botswana ahead of drilling. Power Metal noted that the business is also in discussions with drilling companies to ensure that contractors are in place and able to begin drilling when required.

To read our sister site MiningMaven.com’s recent report on the MFC project and the opportunity it offers to Power Metal Resources and its investors, please click here.