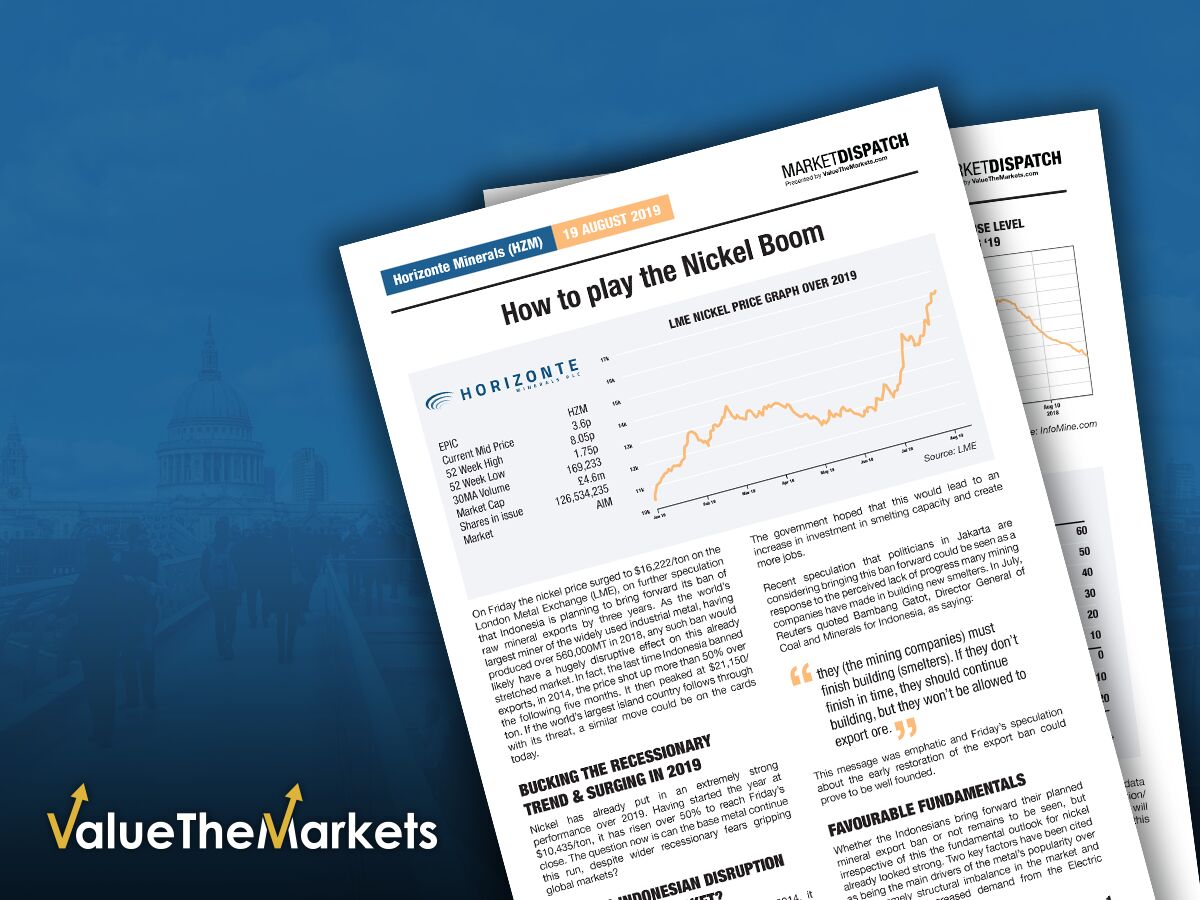 On Friday, the nickel price surged to $16,222/ton on the London Metal Exchange (LME), on further speculation that Indonesia is planning to bring forward its ban of raw mineral exports by three years.

As the world’s largest miner of the widely used industrial metal, having produced over 560,000MT in 2018, any such ban would likely have a hugely disruptive effect on this already stretched market.

If the world’s largest island country follows through with its threat, a similar move could be on the cards today.

Click here to read the full Market Dispatch report on how you can profit from a boom in nickel prices, featuring insight from Jeremy Martin, chief executive of Horizonte Minerals (LSE:HZM)