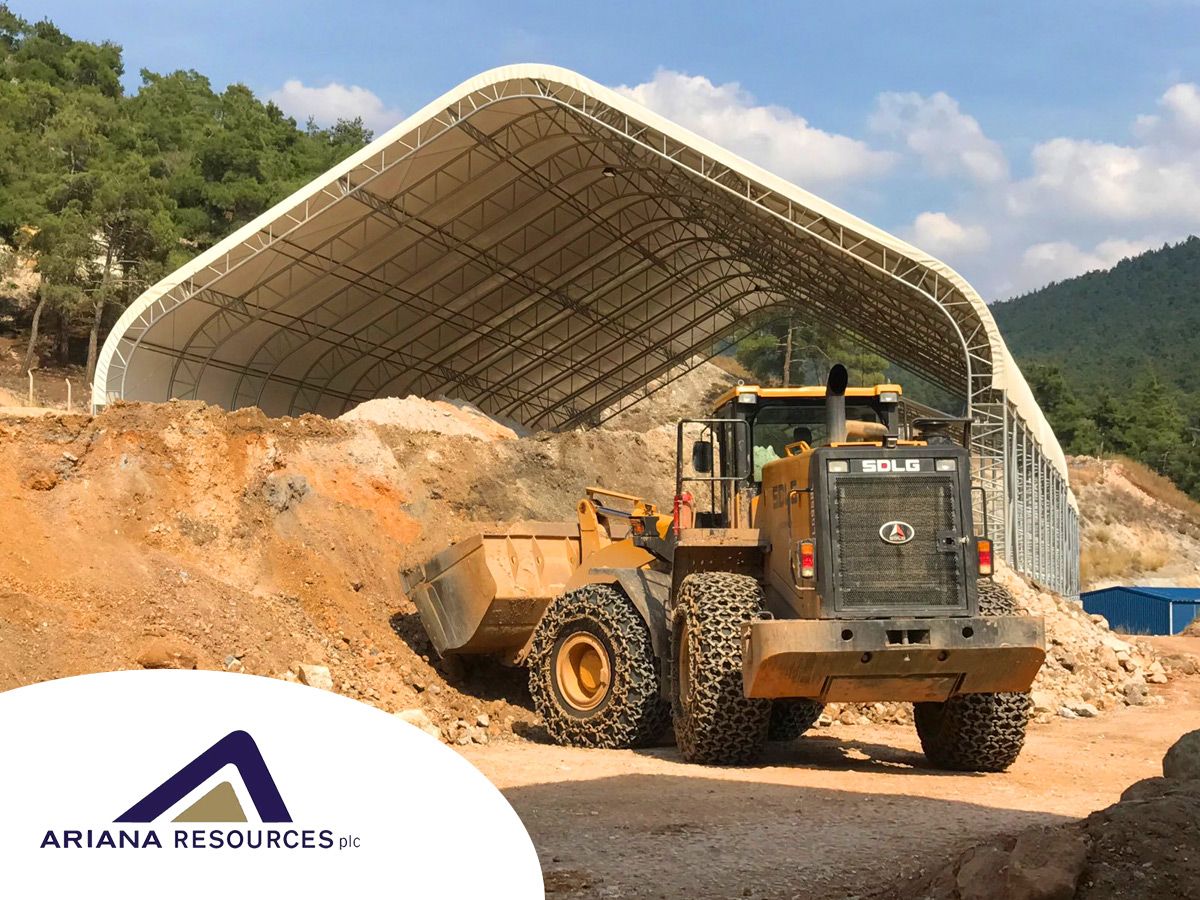 The business said that the general directorate of mining and petroleum affairs (MAPEG) in Turkey has approved an operational licence covering an area of Salinbas called Hizarliyayla for ten years. Hizarliyayla includes an epithermal prospect with a significant alteration zone containing gold and base-metal mineralisation. It also lies 8km north of the 4.3Moz Hot Gold deposit.

Meanwhile, Ariana said that its operating licence for the Ardala copper-gold-molybdenum porphyry at Salinbas is awaiting renewal from MAPEG. This follows positive regulatory site inspections and ministerial approval. The firm expects this licence to be granted formally once authorities have approved an operating permit made as part of the licence extension process. It has separately received approval for forestry permissions that will enable drilling to recommence at Ardala once the licence is approved.

Salinbas is based in north-east Turkey and comprises two substantial opportunities – Ardala and the Salinbas gold-silver deposit – as well as numerous additional prospects. The asset’s total resource inventory is c.1MMoz of gold equivalent. Ariana believes that there is an opportunity to develop a significant new gold mine at Salinbas, producing at a rate of 50,000oz per annum over a mine life of about ten years. The base case for the project demonstrated an NPV of US$108 million with an IRR of 28pc, as announced in April 2015.

Elsewhere in Thursday’s update, Ariana revealed that additional drilling at the project had encountered a higher-grade and deeper intercept in hole ARD022 than previously reported. This extends 6m and contains 2.38g/t gold, 9.4g/t silver, 0.51pc copper, 0.25pc lead, and 0.5pc zinc from 161m.

Finally, the company said it is advancing discussions with numerous third parties interested in developing Ariana within a partnership arrangement.

‘These studies will be undertaken in parallel with the commencement of a Pre-Feasibility Study in due course. We have engaged with a number of companies with active mining and construction interests in Turkey to develop the Salinbas Gold Project in partnership with the company. We look forward to providing further updates as we continue to advance the project.”