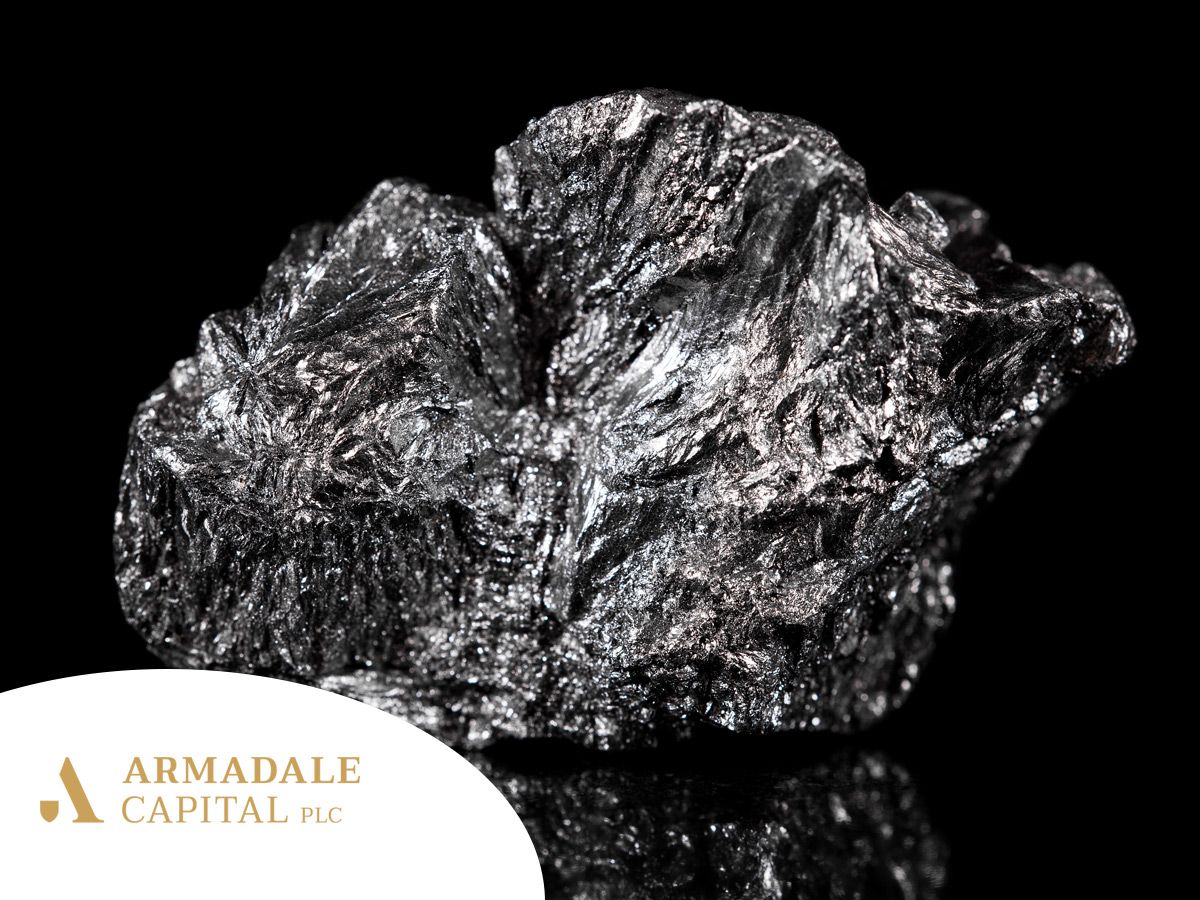 Armadale Capital (LSE:ACP) jumped 8pc to 1.51p on Wednesday after revealing ‘exceptionally high-grade assay results’ that should increase production at its Tanzanian graphite project. In the latest set of results from infill drilling at Mahenge Liandu, which contains one of largest high-grade graphite resources in Tanzania, the firm posted an 8m intercept at 21pc total graphite content (TGC) from 13m.

Armadale said its latest results confirm previously-identified areas of high-grade, near-surface mineralisation that can be targeted within its planned initial mine pit. It also added that Mahenge Liandu’s zones of high-grade, near-surface mineralisation are materially above the 12.5pc threshold used in its average life of mine scoping study completed in March 2018. This work verified that the project could produce a coarse flake, high-purity graphite product.

As such, it believes that its latest results provide ‘positive read-across’ for lower extraction costs and enhanced EBITDA margins. With this in mind, the business expects increased production at the project based on the targeted throughput of 400,000tpa of ore currently being evaluated as part of an ongoing definitive feasibility study (DFS).

Armadale’s director Nick Johansen said the results provide an ‘extremely strong boost’ for Mahenge Liandu as the firm continues to progress the project.

‘We are delighted with the further exceptionally high-grade assay results, especially as the drill campaign was focused on the initial pit area and has provided data to allow us to define the optimal mine design,’ he added. ‘Our work continues at pace as we accelerate the transition from explorer to emerging miner. We believe recent news has demonstrated the enhanced commercial viability of the Mahenge Liandu Project. We look forward to providing further updates as we continue to meet significant milestones in the Project’s development.’

Mahenge Liandu is wholly-owned by Armadale and located in a highly prospective graphite region called Mahenge. It holds a JORC-compliant indicated and inferred mineral resource estimate of 51.1Mt at 9.3pc TGC.  Armadale is currently completing a DFS based on the results of a scoping study based on a throughput of 400,000tpa over a 32-year mine life. According to the business, this showed that the project offers ‘robust economics and warrants further development’.

Earlier this month, Armadale revealed that it had completed its metallurgical test work programme at Mahenge Liandu. The results confirmed that graphite flakes of up to 97.1pc purity could be produced consistently at the asset. As Armadale has highlighted before, prices for graphite concentrate with a purity of more than 95pc can demand much higher rates than the standard grade of 95pc or less.

With its metallurgical work now complete, Armadale has moved into the next stage of its DFS for Mahenge Liandu ahead of schedule. The company has now begun the plant design phase of its DFS, with its process engineering team already working on designing a process flow-sheet. Work has also started to create the layout of a mine site at the project, with locations for a plant, a tailings dam, access roads, and the camp already ‘largely defined’.

Mahenge Liandu’s scoping study suggested that the project would deliver an average of 49,000tpa of high-quality graphite over its life. This coupled with a low operating cost of US$408/t, a pre-tax IRR of 122pc, and an NPV of $349m under these assumptions.

This final figure is already well over Armadale’s current £5.86m market cap. However, the scoping study was also based around a conservative $1,272/t graphite price and 95pc average concentrate purity. Graphite prices are currently sitting much higher than this, and Mahenge Liandu is proven to be able to produce the material consistently at a grade considerably higher than 95pc. With this in mind, the project could, in reality, pack a much greater economic punch than its scoping study currently suggests.

We recently looked at whether investors are missing a significant opportunity at Armadale given these conservative figures on our sister site MiningMaven.com. As we highlighted, Australian miner Black Rock recently agreed to supply ‘premium’ graphite with a nominal grade of between 97.5-98.5pc for $1,490/t and ‘ultra’ graphite grading more than 99pc for $2,161/t. Both of these prices come in at a significant premium to the $1,272/t used by Armadale in the scoping study for Mahenge Liandu, which neighbours and shares many similarities with Black Rock’s Mahenge asset.

If Armadale can secure binding sales agreements at a much higher price than $1,272, then Mahenge Liandu’s fundamentals would be enhanced even further. For example, if Armadale could agree on a graphite sale price of $2,161/t, then the project’s NPV would nearly double. If this occurred, then the argument for Armadale being undervalued would strengthen, and the likelihood of a re-rate could increase. To read more, please click here.