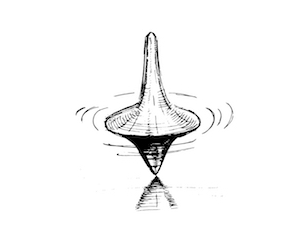 There are three types of trades in the market that one should actually avoid. Not only do they damage P&L, they are bad habits that – if left unchecked – can also destroy future opportunities.

Everyone knows the revenge trade. We lose money on a stock, and then feel like it ‘owes us’.
The reality, however, is that the stock does not owe us at all. It does not owe anybody anything. The only reason that we feel like it does is because we attach our emotions to our stocks. The stock itself does not care who buys it or who sells it and at what price.

Once we attach emotions to a trade, we allow subjectivity to creep in as well as possible discretion. We have rules for a reason- humans are not rational agents. Getting emotional can then mean we move our stop a few ticks down, but then keep moving it down, only to end up being down 2R!

Boredom trading was a big problem for me. I just had to trade – sometimes racking up 20-30 trades in each session. Of course, this is just nuts, and at £5 a pop I was paying between £100-£150 commission to my broker every day!

One disadvantage of this was that I was getting into sub-optimal stocks and trades that I would never have bought. However, because I am a full-time trader, I thought that I had to trade. Sometimes, the hardest thing about being a trader is sitting on your hands and having the patience to work for the stock to set up for you.

There was no way I had an edge by trading so much. In a bull market, you can get away with making lots of mistakes because the market bails out weak traders. On the flipside, when it gets tough, the amateur traders stop trading and the serious traders go to work.

Everyone has done this one once surely. If you haven’t, you will. I have, and I felt completely idiotic afterwards (and for good reason).

When I took a bath on my portfolio in 2017 it was because I was counting up my profits before they were earned – a bit like Enron creating new revenue streams and booking them to net profit before they had even completed the work or collected the cash.

I decided I would place a few trades and with the profits I had already picked our next holiday, our next hotel and spa. The market was going to pay for it – just like that.

Well, all that happened is that I lost a truck load of cash. I was leveraged too on some positions. so lost money at a magnified rate. I could not even sell one because the position was so large and so I was selling into each tick down.

So, if you wish to avoid the mistakes that I have made.

There is no shame in making these mistakes once. But there is shame in repeating them again and again, and not doing a thing about it.

Michael’s website www.shiftingshares.com contains numerous tutorials on how to trade and invest as well as his free book – ‘How to Make Six Figures in Stocks’.