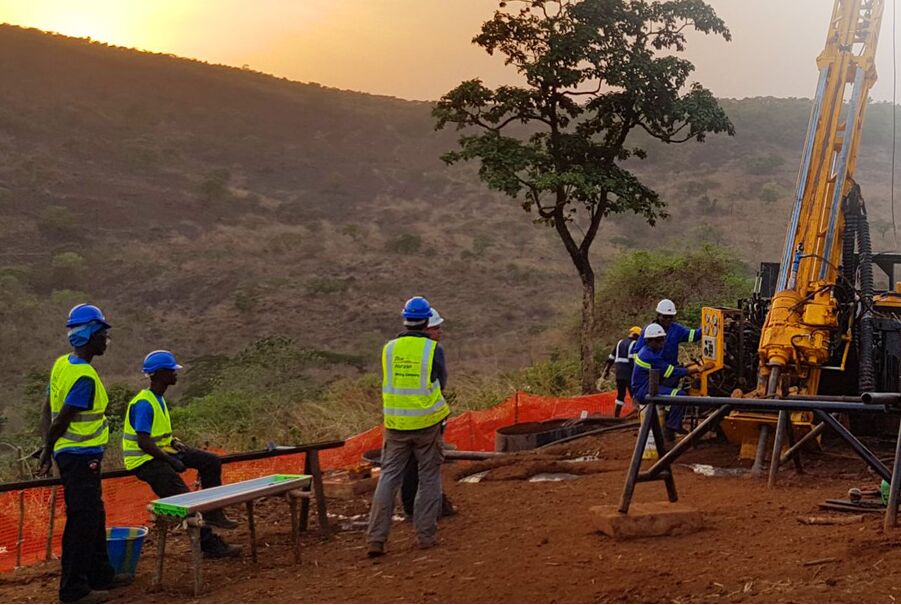 Monday afternoon saw Power Metal Resources (LSE:POW) highlight the positive impact that increasing nickel prices could have on its assets in Botswana and Tanzania.

After reporting ‘good progress’ at the firm’s projects in spite of severe market conditions, CEO Paul Johnson said growing demand for nickel means that any discovery of the metal should attract a ‘considerable valuation’. As such, the business has stepped up its efforts to demonstrate large-scale nickel sulphide targets at both its Molopo Farms Complex (MFC) project in Botswana and its Haneti project in Tanzania.

The sole owner of the MFC nickel-copper-PGM project is a business called Kalahari Key, which is in turn 18.26pc owned by Power Metal. Power Metal also holds the right to earn-in to a 40pc direct interest in the asset by spending $500,000 on its development by 31 December 2020.

In Monday’s update, Power Metal said the two firms recently reviewed the top six targets identified by helicopter airborne electromagnetic work earlier this year. The targets were found to be large conductor bodies that would represent a nickel discovery of the scale desired by Power Metal and Kalahari Key if they are found to host economic mineralisation. With these results ‘exceeding initial expectations’, the two firms may now consider farm-in or JV partners in respect of a broader drilling programme. They will also get to work on confirming drill targets, analysing a full geophysics report that is due for receipt imminently, and completing environmental approvals.

Meanwhile, Power Metal has acquired a 25pc holding in Haneti as part of a JV with London-listed Katoro Gold, in which it also owns a 5.9pc position. It also has the right to increase this to 35pc through a £25,000 payment to Katoro by 15 May 2020. In yesterday’s release, Power Metal said the two firms have been preparing for a drill programme that will be undertaken over two targets at Haneti. These are based at the heart of what is considered to be an 80km potential mineralised strike and could represent a significant discovery if they are found to bear nickel sulphides at economically mineable grade and metallurgy.

‘In Botswana and Tanzania in conjunction with our partners we have now completed a body of work that demonstrates large scale nickel sulphide targets in both projects,’ said Johnson. ‘Whilst our work in Cameroon and the DRC is at an early stage, in Botswana and Tanzania, the projects are more advanced and progressing to the drill stage.

‘I recall reading a quote a few years ago that the truth lies in the drill bit, and that is true, we will only really answer the exploration questions through drilling and of course with that comes the risk of failure. Though I can tell you that the technical teams in Botswana and Tanzania are encouraged by the potential for a large scale nickel sulphide discovery.

‘The potential for a nickel sulphide discovery in both Botswana and Tanzania compel us to apply time and resource to these projects, which we intend to do.  By doing this we hope to expose our shareholders to the upside that can come with a major discovery.

‘The demand for nickel, and particularly nickel sulphides, is starting to drive the price of the commodity higher and whatever junior resource market conditions may be, a nickel sulphide discovery will attract a considerable valuation, which is justification for our commitment.

The Company and its partners continue to pursue external dialogue with larger organisations with a view to project farm-in, joint venture or disposal. There is clear interest in the nickel sulphide exploration projects. So, we push on, committed, focused and intent on delivering for shareholders with the willingness and determination to share the Company’s vision.’

Elsewhere in Monday’s release, Power Metal provided an update on progress at its licences in Cameroon and the DRC. In Cameroon, Power Metal owns nearly 2,000km2 adjacent or near to Geovic Mining’s Nkamouna project, believed to be the largest defined cobalt Resource outside the DRC. The firm said that initial assay results from XRF work completed earlier this year have pointed to high cobalt grades, high cobalt to nickel ratio, and some presence of precious metal.

Meanwhile, Power Metal also owns 70pc of the Kisinka copper-cobalt licence in the DRC, where it identified a 6.8km copper anomaly earlier this year. Here, the company said that due diligence work been completed on 400 termite mound samples and the one trench in an area believed to contain higher-grade mineralisation.  The results are expected to be subject to XRF testing shortly.