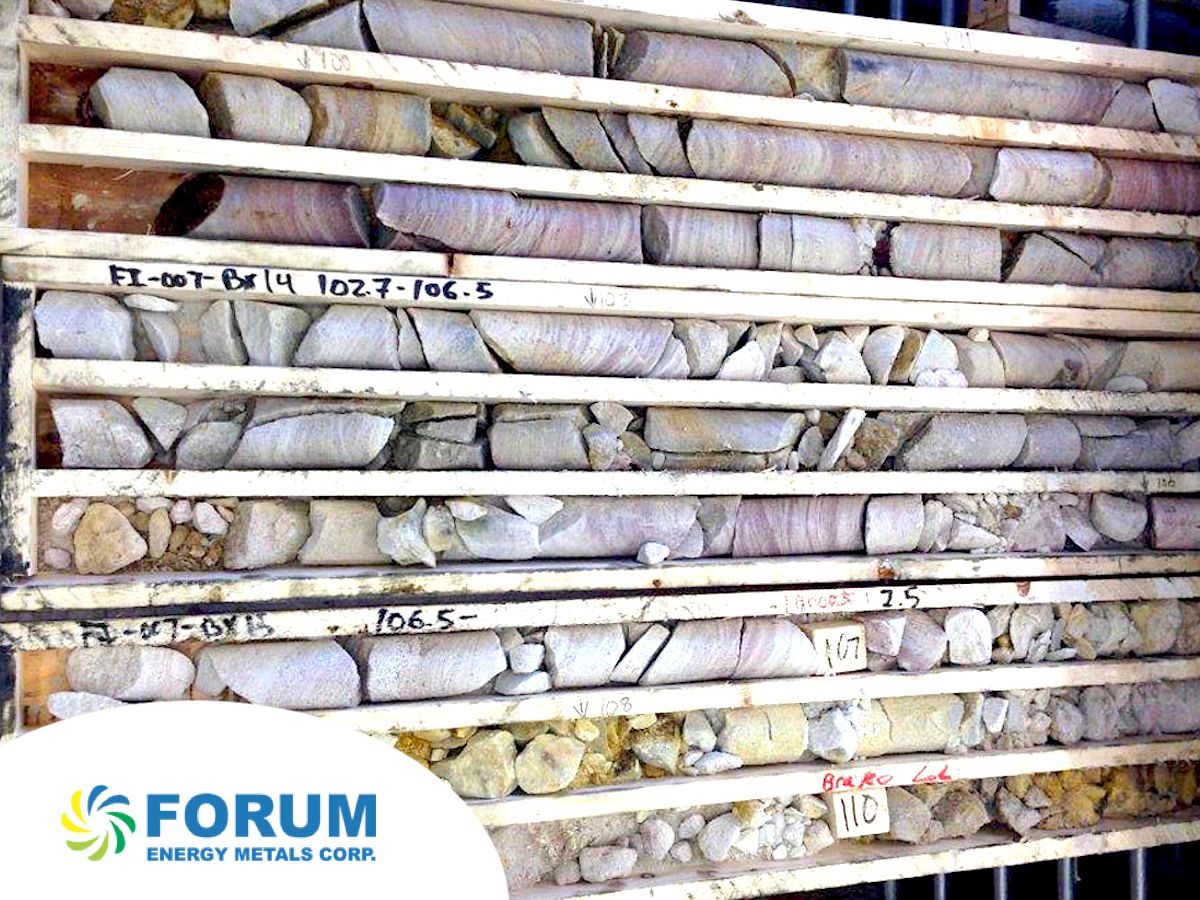 Copper and silver mineralisation are now confirmed over a minimum strike length of 400m over a greater width than expected at Janice, which was last drilled in 2003. Likewise, mineralisation has now been intersected at deeper levels than those known from historical drilling.

‘The mineralised zone at the Janice target is now a minimum of 400m in strike length, is open along strike and at depth, remains an unknown width, and has an estimated true thickness varying from several metres to more than 50 metres in multiple horizons,’ added Forum.

Speaking to ValueTheMarkets, Forum’s VP exploration Ken Wheatley, who had spent time on site at the project this summer, said the firm is pleased with the strong drilling results being returned at Janice Lake:

Rio Tinto Exploration Canada (RTEC) is planning to spend $3m (CDN) on Janice Lake in 2019 as part of a seven-year $30m option to earn 80pc of the project. RTEC has recently completed a 21-hole (5,209m) drill program and has sent drill core in for assay. Results for holes JANL001, 002 and 005 have now been released, and the remainder of the results will be released as they are returned from the geochemical laboratory. The drill program was completed using 2 rigs with helicopter support and concentrated on the Janice and Jansem targets with 9 holes a piece. Three holes were completed on the Kaz target, located approximately 1km northeast of Janice.

Utilizing the information gathered from the 2019 drill program, Rio Tinto hopes to determine the dip and attitude of copper mineralisation at Janice Lake as well as locate the multiple strata-bound copper-bearing horizons. There also appears to be a local association between magnetite and the copper mineralization, which suggests terrain with a higher magnetic signature has a greater potential to host copper. Rio Tinto completed a detailed airborne magnetic survey of the entire project this summer which will aid in developing targets for future drill programs within the projects’ 52km long strike length.