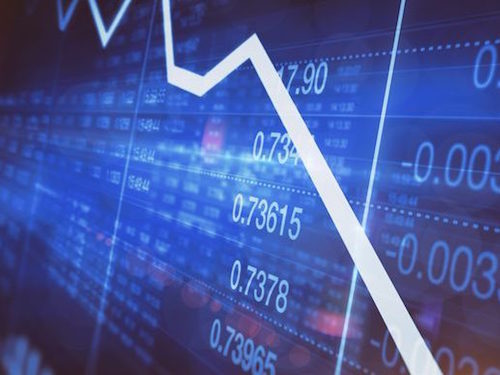 A number of junior UK oil and gas stocks have issued a response to the government’s decision to halt shale gas extraction indefinitely over the weekend. The suspension came after a report by the Oil and Gas Authority said it is not currently possible to predict the probability or size of tremors caused by the practice – commonly referred to as fracking. The report comes after fracking activity by Cuadrilla Resources at its Preston New Road site in Lancashire caused a magnitude 2.9 earthquake in the Summer.

The UK’s business secretary Andrea Leadsom stopped short of an outright ban – as desired by Labour, the Lib Dems, and the Green Party. However, she said the ban would remain in place ‘until and unless’ fracking is proved safe.

A number of the UK’s oil and gas firms released statements in response to the decision on Monday morning.

IGas Energy (LSE:IGAS) highlighted a May 2019 report by the UK Committee on Climate Change (CCC), which forecast strong UK gas demand out to 2050 and beyond. To continue meeting this demand, the CCC recommended the use of domestically-produced gas. Without new supplies of gas, it is expected that the UK will be importing more than 80pc of its gas requirements by 2050.

IGas CEO Stephen Bowler argued that relying on imports in such a manner would result in a higher carbon footprint and sourcing from countries with ‘significantly lower environmental and human rights standards’.

‘Domestically produced gas would generate skilled jobs and investment into the country while upholding some of the highest environmental standards in the world,’ he added. ‘Given the learnings from the wells that have been drilled recently by the Industry, not least the well drilled in our acreage at Springs Road, we know that UK Shale has the opportunity to contribute meaningfully to the UK’s energy requirements.

‘Our existing onshore conventional exploration and production business, which has a 2P NPV10 of US$160 million, is not impacted by the Government announcement and production and operating expenditure remains in line with expectations for the full year.’

Similarly, Egdon Resources (LSE:EDR) – which has built a significant UK fracking position in the Gainsborough Trough – highlighted the comments of Ken Cronin – CEO of fracking industry body UK Onshore Oil & Gas, Cronin said that, given that the UK has been shown to boast a world-class shale resource, there is no excuse for relying on imports moving forward.

‘We will now take some time to review the detail of the OGA report and the government announcement of a temporary moratorium and its implications for our business before reporting to shareholders in due course,’ he said. ‘My immediate focus is on presenting our case to the Planning Inspector at the Public Inquiry for the Wressle oil field development which commences tomorrow (5 November 2019) in Scunthorpe and is scheduled to last up to six days.’

Elsewhere, both Union Jack Oil (LSE:UJO) and Europa Oil & Gas (LSE:EOG) issued statements confirming that their UK operations would be unaffected by the UK government’s decision.

‘The company has no intent to engage in hydraulic fracturing operations in England, neither now nor in the future,’ added Union Jack.