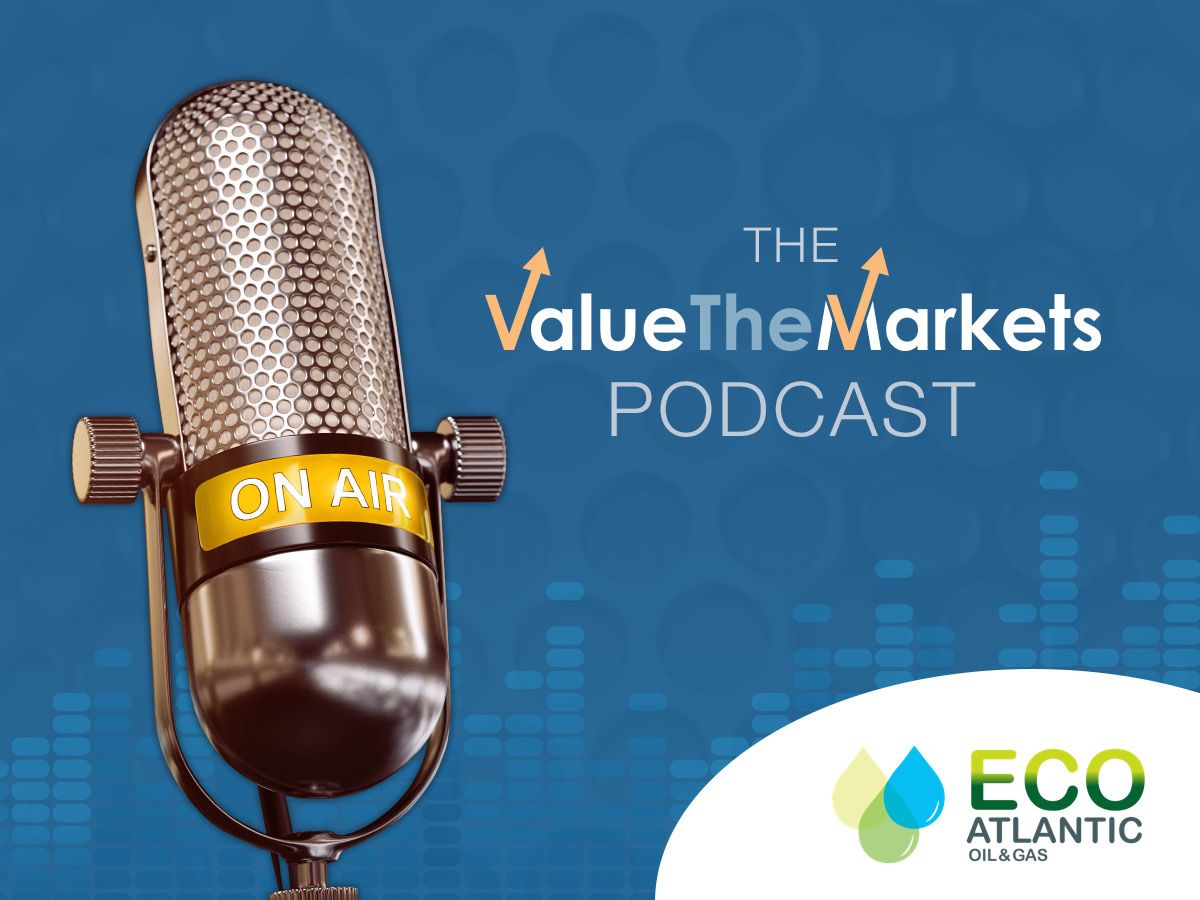 Today’s guest on the ValueTheMarkets podcast is Gil Holzman, CEO of Eco Atlantic Oil & Gas (LSE:ECO) which recently made two discoveries In Guyana.

Eco holds a 15% working interest alongside Total (25pc) and Tullow Oil (60pc) in the Orinduik Block in the shallow water of the prospective Suriname-Guyana basin. The oil explorer made the first major oil discovery on the Orinduik block in August with the drilling of the Jethro-1 well. This was swiftly followed with a second discovery with the drilling of the Joe-1 well. The two wells revealed the reservoirs to be high-quality sands with good permeability and on Wednesday this week, the firm gave an update on the initial analysis of fluid samples.

These initial results suggest that the samples recovered from Jethro-1 and Joe-1 are mobile heavy crudes, not dissimilar to the commercial heavy crudes in the North Sea, Gulf of Mexico, the Campos Basin in Brazil, Venezuela and Angola, with high sulphur content.

In the interview, Gil discusses the demand for heavy crude and the potential commercial viability of Eco’s discoveries.